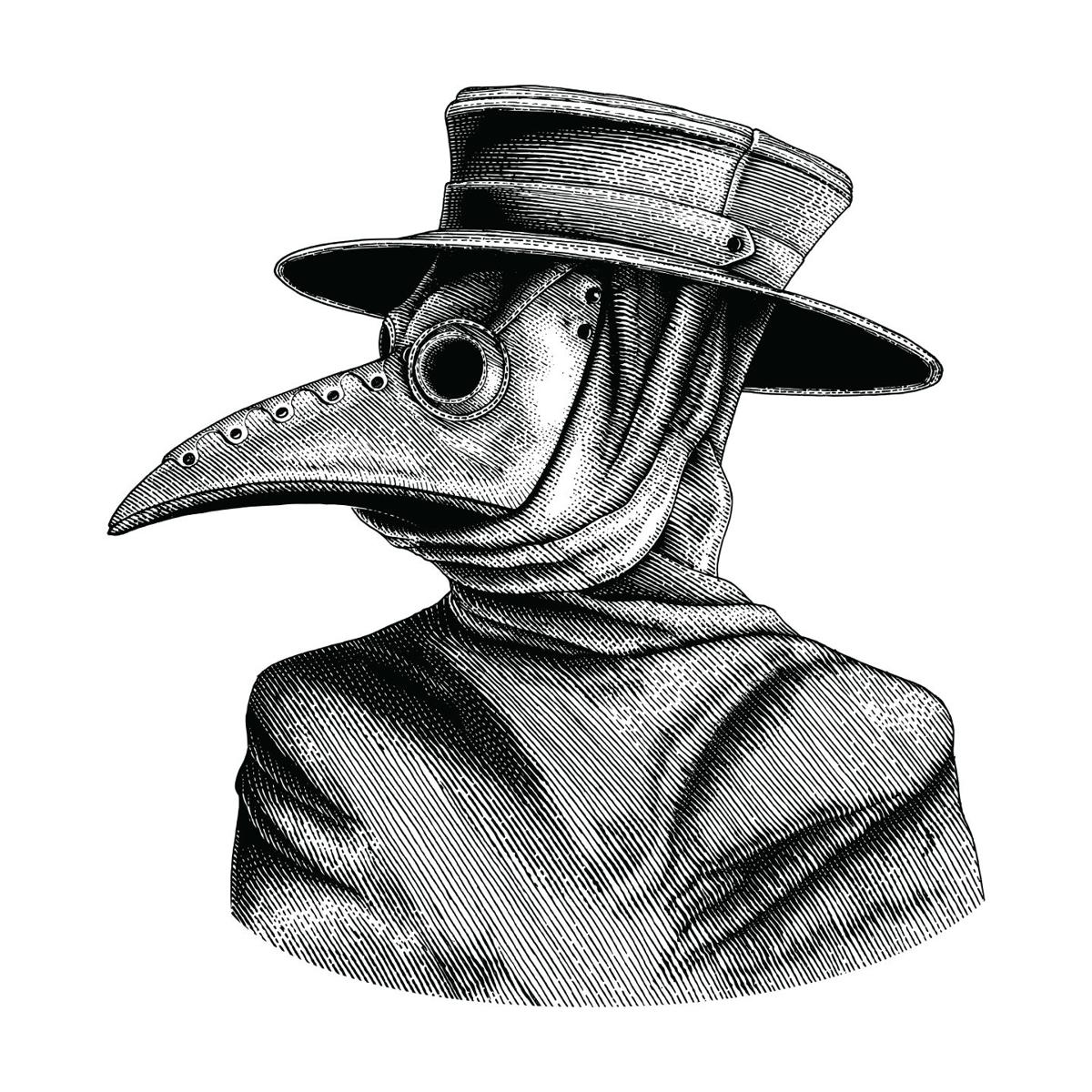 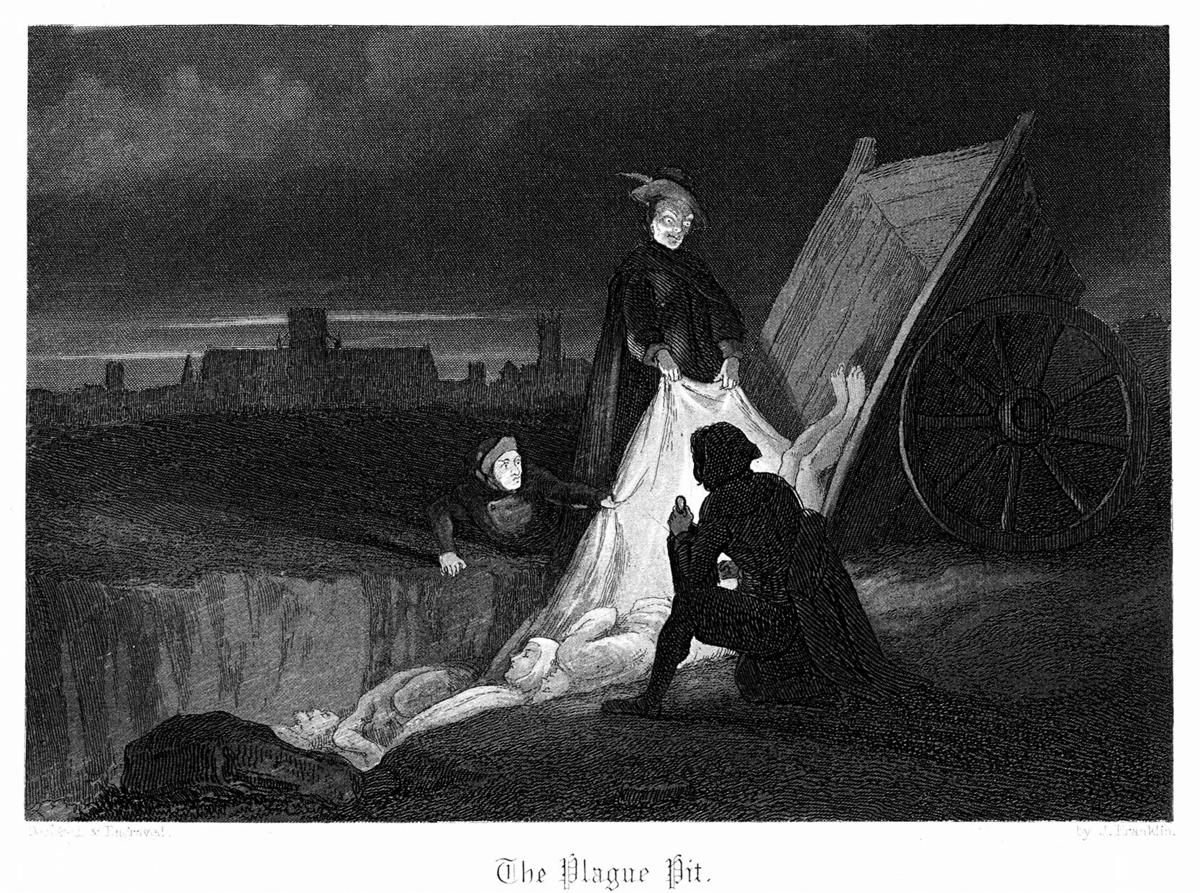 Plagues and pestilences have always been with us. (In middle school, I thought it was my science teacher.) The world, however, did not agree, so here are the brief stories of the six worst.

Unflatteringly named after the Emperor Justinian, this disease arrived in Constantinople in the year 541. Egypt had recently been conquered and paid tribute to the Emperor in grain. Plague fleas came with it, hitching rides on the back of rats that snacked on the grain.

After decimating Constantinople, it spread like wildfire across Europe, Asia, Arabia and North Africa and killed 30 to 50 million people, which, at that time, was half the world population. Nobody really knows how it ended, but the best guess is that the majority of people caught in a pandemic survive and develop immunity.

Sometimes referred to as the Black Death, it was caused by a bacillus called Yersinaj pestis and spread by rats. Rats were particularly found on ships, which is how this plague traveled from one European port to another, transported in the middle of the 14th century. Symptoms included chills, fever, weakness and swollen and enlarged lymph nodes called bubos. It claimed 200 million lives in four years. Because people did not understand the biology of the disease, many believed it was a divine punishment for their sins, such as greed, heresy, fornication and blasphemy and gave a lot of thought to the condition of their own souls.

The Great Plague of London

After the Black Death, the plague resurfaced in London approximately every 20 years, from 1348 to 1665. England imposed the first real quarantine laws, isolating the sick. All public entertainment was banned and people stayed shut up in their homes. This great plague of 1665 was the last of the centuries-long outbreaks.

Smallpox, the worst of the worst

Fortunately, this terrible killer was the first virus epidemic to be ended by a vaccine. In the late 18th century, Edward Jenner, a British doctor, discovered that milkmaids infected with a mild version called cowpox, appeared to be immune to the more ferocious smallpox. In a rather dangerous experimental test, Dr. Jenner inoculated his gardener’s nine year old son with cowpox. Afterwards, he exposed him to smallpox with no ill effect!

In 1801, Jenner wrote “the annihilation of the smallpox, the most dreadful scourge of the human species, must be the final result of this practice.” And he was right. In 1980 the World Health organization (WHO) announced that smallpox had been completely eradicated.

Cholera tore through England (they seemed to get everything) killing tens of thousands. Dr. John Snow suspected that this mysterious disease lurked in London’s drinking water.

After much investigation, Dr. snow found a cluster of fatal infections surrounding the Broad Street pump, a popular city well. He doggedly convinced city officials to remove the pump handle on this well, rendering it unusable, and lo! The infections dried up.

While cholera largely has been eradicated in developed countries, it is still a killer in third-world countries lacking adequate sewage treatment and access to clean water.

The 1918 influenza pandemic, which affected our grandparents era, was extremely deadly and the most severe in recent times. It was of avian (birds) origin. It was nicknamed “Spanish Flu” only because Spain was the country which publicized the most information about the epidemic.

About 500 million, or approximately one-third of the world’s population became infected. About 675,000 deaths occurred in the United States alone. Children younger than five years old, and people between 40 and 60 had the highest mortality.

Control efforts were limited to non-pharmaceuticals, such as use of disinfectants, personal hygiene, quarantine and limitations of public gatherings. The reason for this was the lack of a vaccine and very limited antibiotics. The flu pandemic came to an end by the summer of 1919.

And so, we come to our present Corona virus which, although potentially dangerous and scary to everyone, is certainly not as awful as some of the above named. And, with our high medical technology of today, it is probable a vaccine will soon be developed.

In conclusion, a well-known TV psychic named Sylvia Browne (now deceased) forecast in a book she wrote in 2008, “In around 2020, a severe pneumonia-like illness will spread throughout the globe, attacking the lungs and the bronchial tubes and resisting all known treatments. Almost more baffling than the illness itself will be the fact that it will suddenly vanish as quickly as it arrived, attack again ten years later, and then disappear completely.”

So, readers, take heart. This, too, shall pass. (and according to Browne, very quickly)