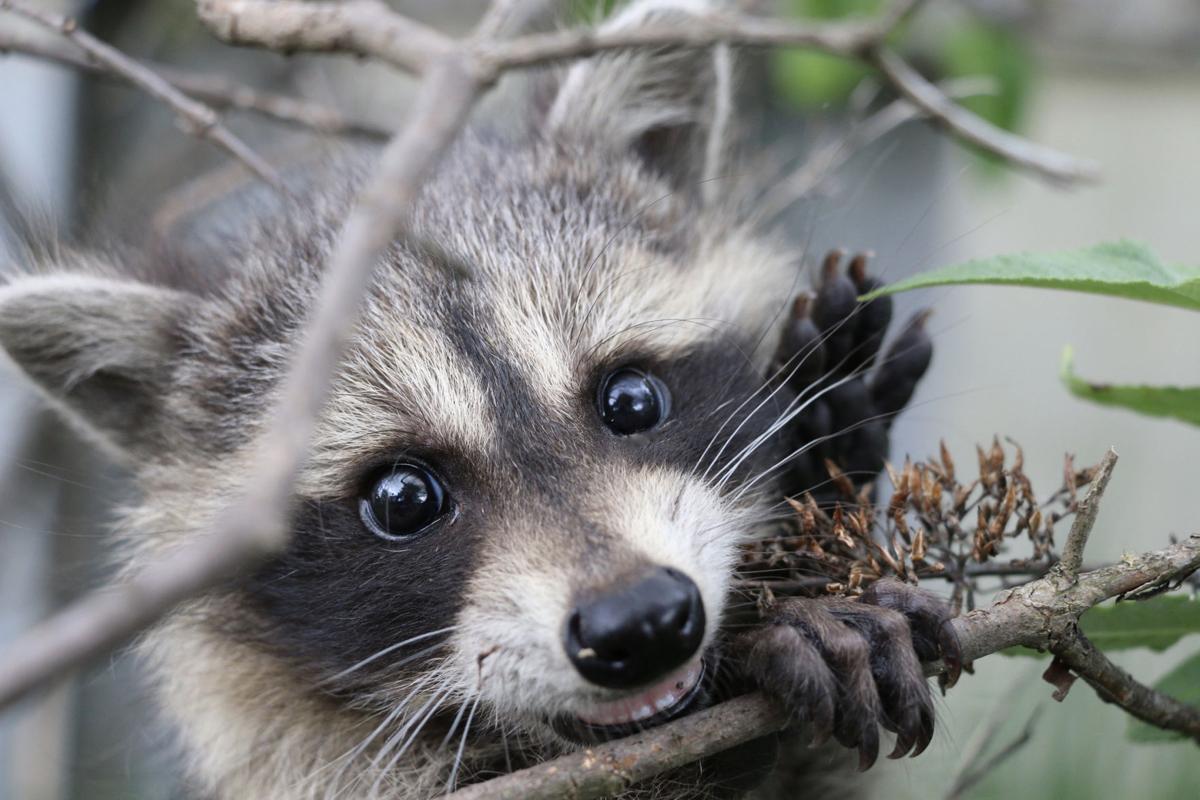 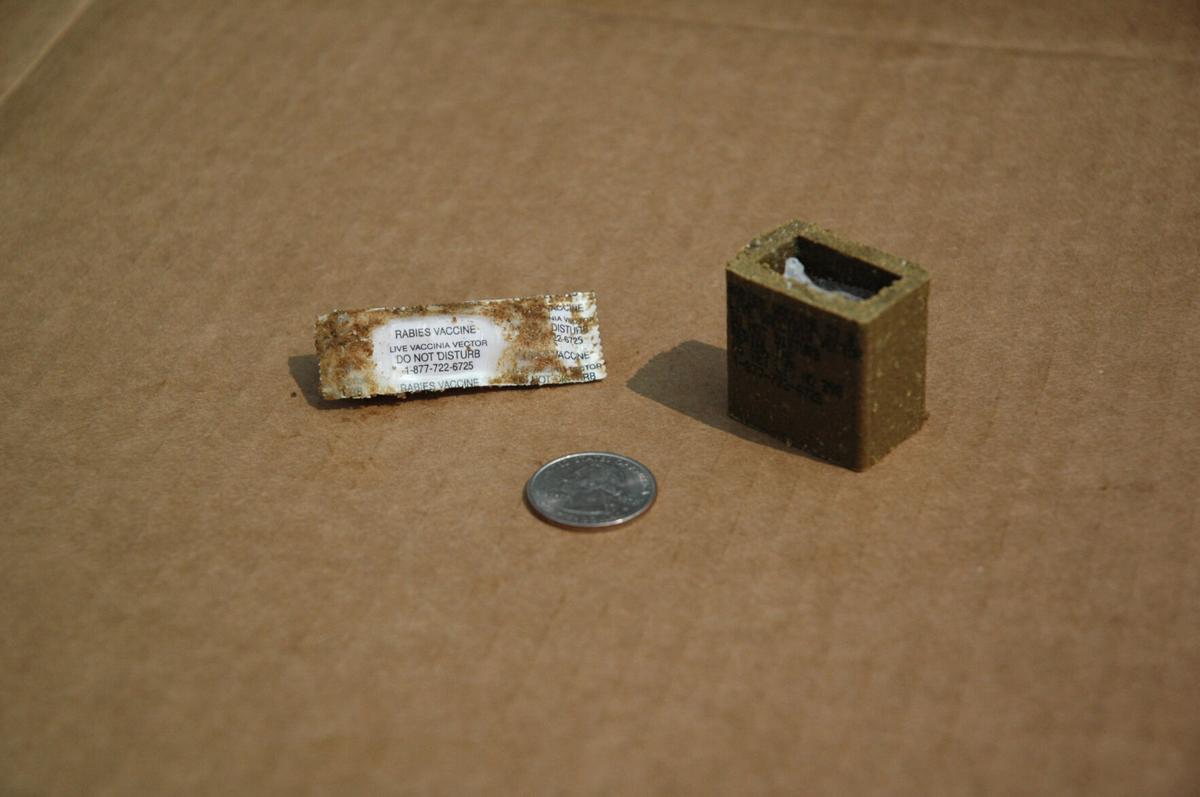 Oral rabies vaccine On the left is one of the oral vaccine packets being airdropped over Western North Carolina. Some oral vaccines are encased in a fishmeal-polymer, shown on the right. / John Forbes, USDA-APHIS-Wildlife Services

Oral rabies vaccine On the left is one of the oral vaccine packets being airdropped over Western North Carolina. Some oral vaccines are encased in a fishmeal-polymer, shown on the right. / John Forbes, USDA-APHIS-Wildlife Services

If you see a small, fishy-smelling white packet while out on the trail or while walking your dog, don’t be alarmed, says the U.S. Department of Agriculture.

Oral rabies vaccine baits for wildlife in Western North Carolina and surrounding states are being airdropped as part of a month-long vaccine drop program organized by the USDA, Animal and Plant Health Inspection Service, Wildlife Services and the North Carolina Department of Health and Human Services.

The edible vaccines entice wildlife with a highly concentrated fishmeal coating. When the animal bites into the packet, a liquid vaccine is released. Raccoons are the primary target, but the USDA hopes that other wildlife like foxes and coyotes will eat them, too.

This program intends to prevent rabies from spreading westward into the Midwest and beyond. Right now, most of the reported rabies cases in North Carolina are concentrated in the central and eastern regions of the state.

The program started in North Carolina in 2005 and has been successful in keeping rabies numbers in the western portion of the state low.

“Preventing the westward spread of rabies has been achieved,” said Jordona Kirby, rabies field coordinator for the USDA. “We got some data and modeling that shows raccoon rabies would spread 25 miles per year and could be in Texas by now, but we have not seen any appreciable spread.”

Kirby says the ultimate goal of the program is to “march rabies back to the Atlantic Ocean.”

More than 500,000 baits will be airdropped by fixed-wing aircraft in Western North Carolina alone, with 3 million being distributed in the region. In the greater Asheville, Burnsville and Mars Hill areas, additional vaccines will be dropped by helicopter. In Asheville, there also will be crews distributing the vaccines on the ground.

Kirby says the crews in the air won’t drop the baits over residential areas, but it is possible the baits could wind up there anyway.

Although these vaccine baits specifically target raccoons, they aren’t dangerous to pets or people, though the USDA does recommend if individuals or their pets come into contact with a vaccine to wash the area with soap and water. It’s also recommended that if the vaccine bait is found in a yard or driveway, that it be moved to a wooded area using gloves to prevent a close encounter with wildlife that may be attracted to the smell.

Lastly, Kirby suggested that if people see the low-flying aircraft or ground crews dropping baits near their residences that dogs remain on leashes so they don’t get to the bait before raccoons or other animals can.

“We want to give wildlife the highest opportunity to eat the bait,” Kirby said.

The program started Oct. 5 and is expected to go through at least Oct. 18, depending on weather conditions.

For more information on rabies data in the state, visit celr.ncpublichealth.com/rabies#. To view daily updates on the vaccine program’s status, visit https://bit.ly/3AezFTP.