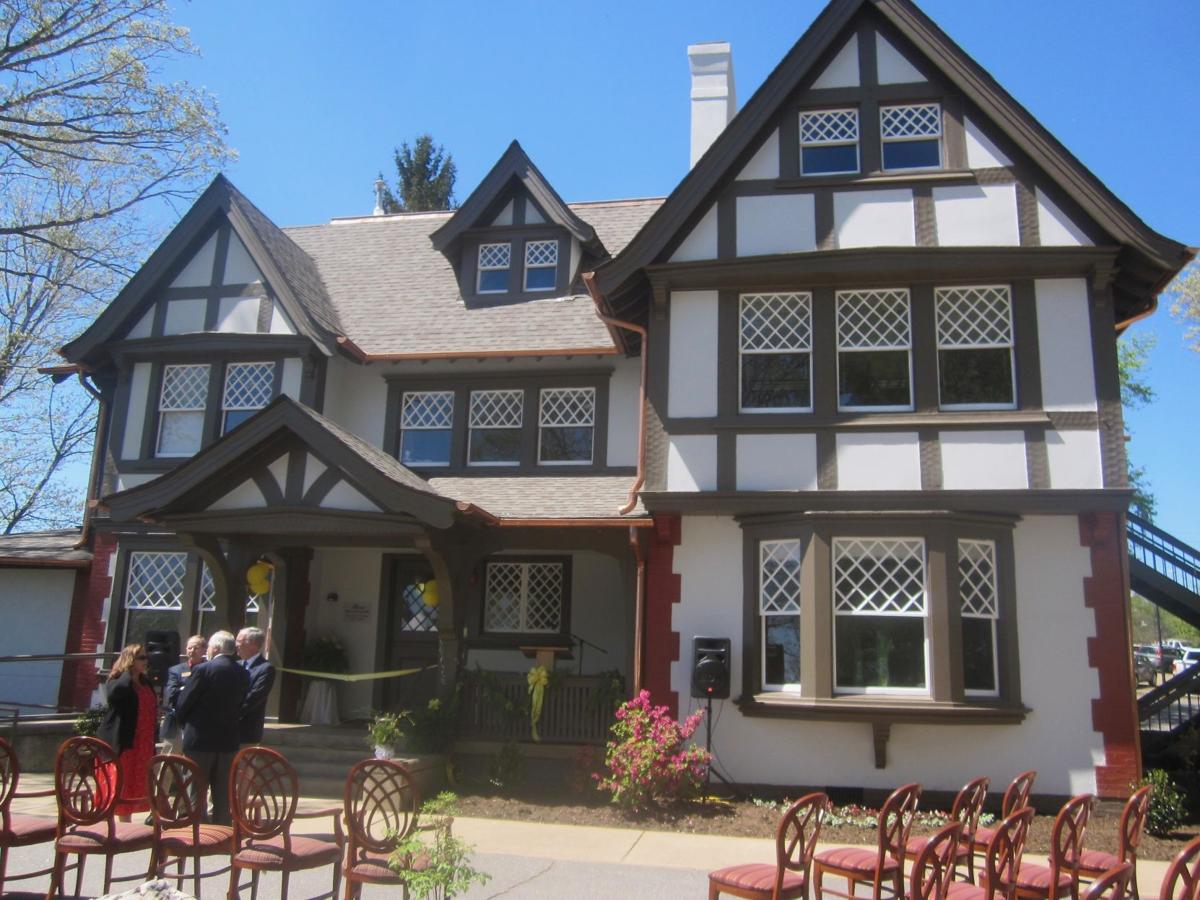 The exterior restoration and landscaping of Sunnicrest on the A-B Tech campus has been completed. It was designed by Richard Sharp Smith and built on Vernon Hill by George Vanderbilt circa 1895. / Photo by Mark-Ellis Bennett 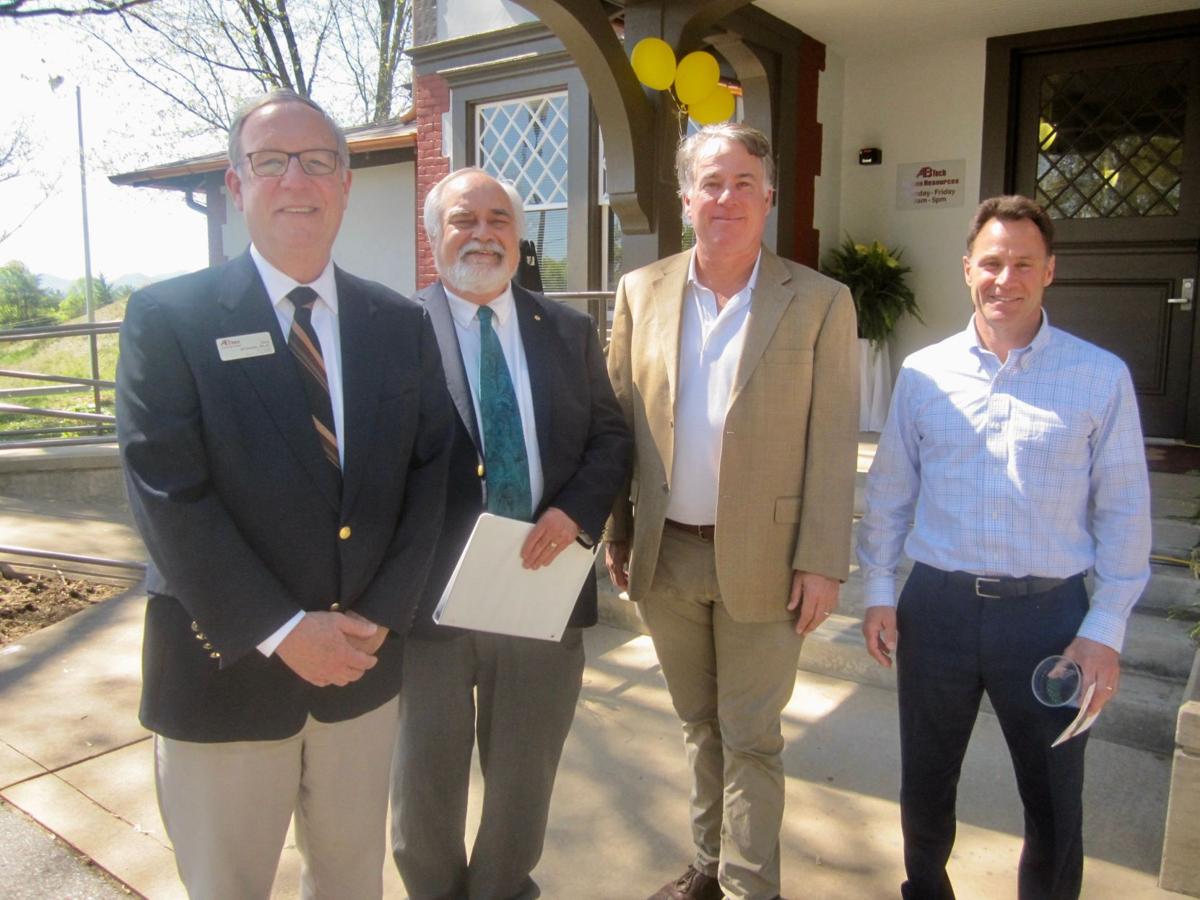 The exterior restoration and landscaping of Sunnicrest on the A-B Tech campus has been completed. It was designed by Richard Sharp Smith and built on Vernon Hill by George Vanderbilt circa 1895. / Photo by Mark-Ellis Bennett

Sunnicrest, the last remaining of six luxury “cottages” George Vanderbilt had constructed on Vernon Hill in the mid 1890s, has just had a makeover of its exterior and landscaping completed.

Now part of the Asheville-Buncombe Technical Community College campus, it houses the school’s human resources office. Part of the 2016 Bond Referendum paid for the $500,000 restoration project.

A-B Tech president Dr. Dennis King spoke at the ribbon cutting ceremony. Fernihurst, another house on Vernon Hill, was built in 1875 by Civil War Colonel John Kerr Connally and named after his ancestral home in Scotland. King explained that Vanderbilt originally wanted to purchase Fernihurst, but Connally declined his offer. “So they took this little township named Victoria and incorporated it to make it much more difficult for Mr. Vanderbilt to acquire their property,” King said.

Victoria was incorporated into the City of Asheville in 1905. Vanderbilt sold Sunnicrest in 1911 to C.W. Radeker, and he and his heirs occupied the property until 1990, when it was purchased by Buncombe County to become part of A-B Tech.

David Gall, the Winston Salem architect of the Sunnicrest restoration project, was also present at the ribbon cutting. Gall expressed his gratitude to Danforth Construction, the general contractor for the project. “Their field superintendent, Dan Ledbetter, was the driving force behind this project. He did a wonderful job of running this project and bringing it to a successful conclusion. I’m blessed to have graduated from Carnegie Mellon University in Pittsburgh, and Dan’s work reminded me of Andrew Carnegie’s motto, ‘My heart is in the work.’ I would say to all of you that Dan’s heart, his head, and his hands are in this beautiful work.”

Gall said that while he wouldn’t claim to be an expert on Richard Sharp Smith, but he would claim to be an admirer. He said Smith was born in Yorkshire, England in 1852. “He had his architectural education in England. He immigrated to the United States in 1882 at the age of 30, and his first employment was with an architectural firm in Evansville, Indiana. He moved to New York City in 1883, and worked first with an architect named Bradford Gilbert who encouraged Smith to come to Asheville.”

In 1886, Smith went to work for the most prominent American architect of the time, Richard Morris Hunt.

“Hunt of course was the architect for Biltmore House. From what I have read about him, his ego was bigger than the house. In 1889, Hunt sent Smith to be the supervising architect for Biltmore. Smith lived on the job site during construction and became acquainted with George Vanderbilt,” Gall said.

In 1895, Biltmore House was completed, Hunt died, and Smith started his own practice in Asheville. “Vanderbilt commissioned Smith to design six cottages to be built on Vernon Hill. Washington Cottage was the first, and Sunnicrest was also dated to 1895. The others were Spurwood, Westdale, Ridgelawn, and Hillcote. I find them to be large, but maybe by Vanderbilt’s perspective they were just ‘cottages.’”

Biltmore’s landscape architect was Fredrick Law Olmstead, designer of Central Park in New York City. “Mr. Olmstead advised George Vanderbilt to create a ‘sense of place’ for passengers who were disembarking from the train, and that’s what stimulated the construction of these six cottages. Olmstead also wanted Biltmore House to have neighbors.”

Smith sank both his roots and his architectural genius into Asheville. “He had his professional practice on his own from 1895 to 1906, when he partnered with Albert Heath Carrier. Their work together was prolific throughout the city and western North Carolina. Mr. Carrier was an engineer, and they did many commercial buildings, residences, schools, the firehouse in Black Mountain, and several courthouses. My favorite is the Jackson County courthouse in Sylva.”

Gall said Smith was not only a man of character, “he was a character.” As an English gentleman he known to wear tweed suits, an English cap, and cane.

“He was a devoted Episcopalian, a vestry member, and a Mason. While Biltmore was under construction he met his future wife, Isabella Cameron of Scotland. They had four children, Emily, Sylvia, Hampden, and Richard Jr., who also became an architect.”

Vanderbilt was sympathetic to the African American community, and commissioned Smith to design the Young Men’s Institute Building (now known as the YMI Cultural Center) to serve them. Smith was also a co-founder for the North Carolina American Institute of Architects in 1913, and became its president in 1917.

Gall said Smith “passed to the next life in 1924. The Asheville Citizen newspaper said, ‘After long years of residence in Asheville, Mr. Smith has done more than any other person to beautify this city. He came to Asheville just at a time when he was needed, and was a pioneer architect in this community. Since then many other architects of ability have come, but to R.S. Smith should be given the honor of having helped us all.’”