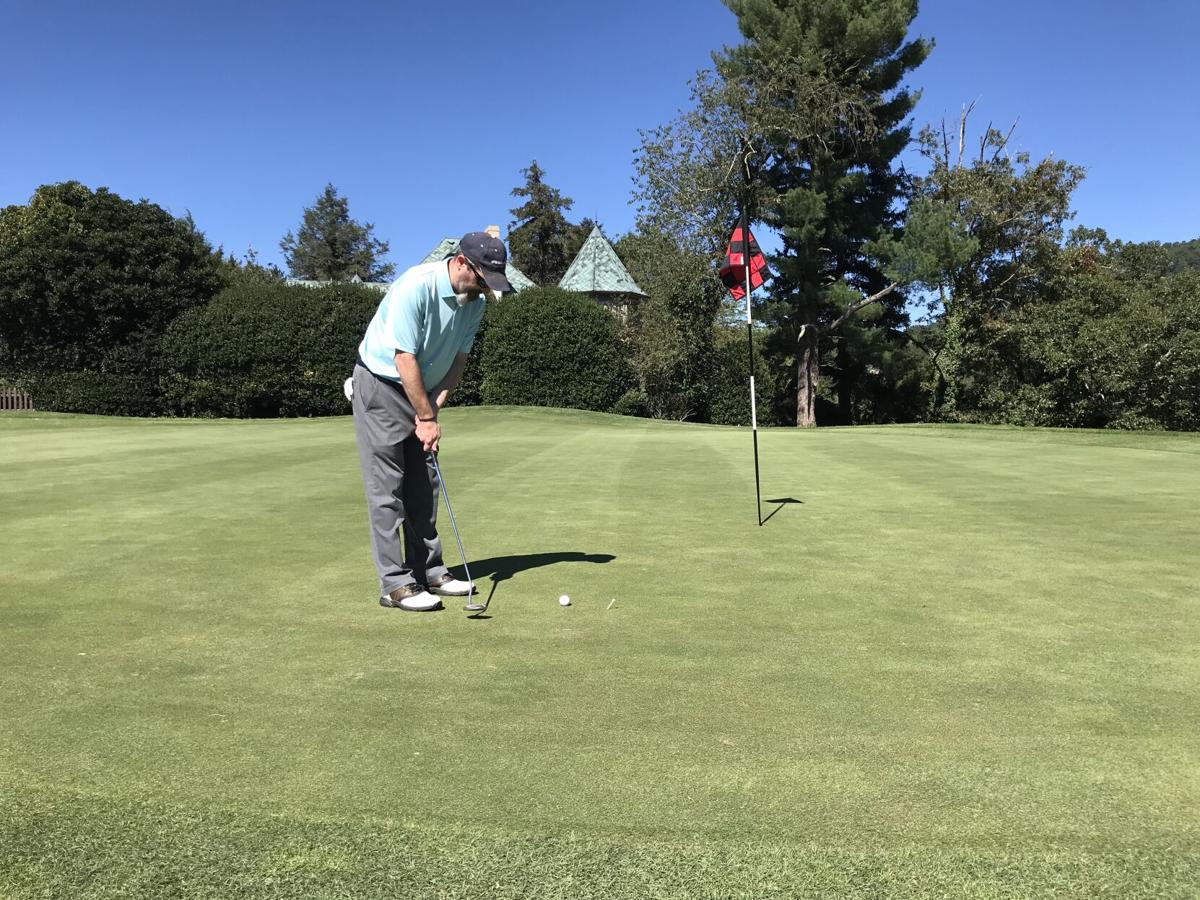 Grant Weathers lines up for a putt during IFB Solutions’ golf tournament at the Omni Grove Park Inn Country Club. 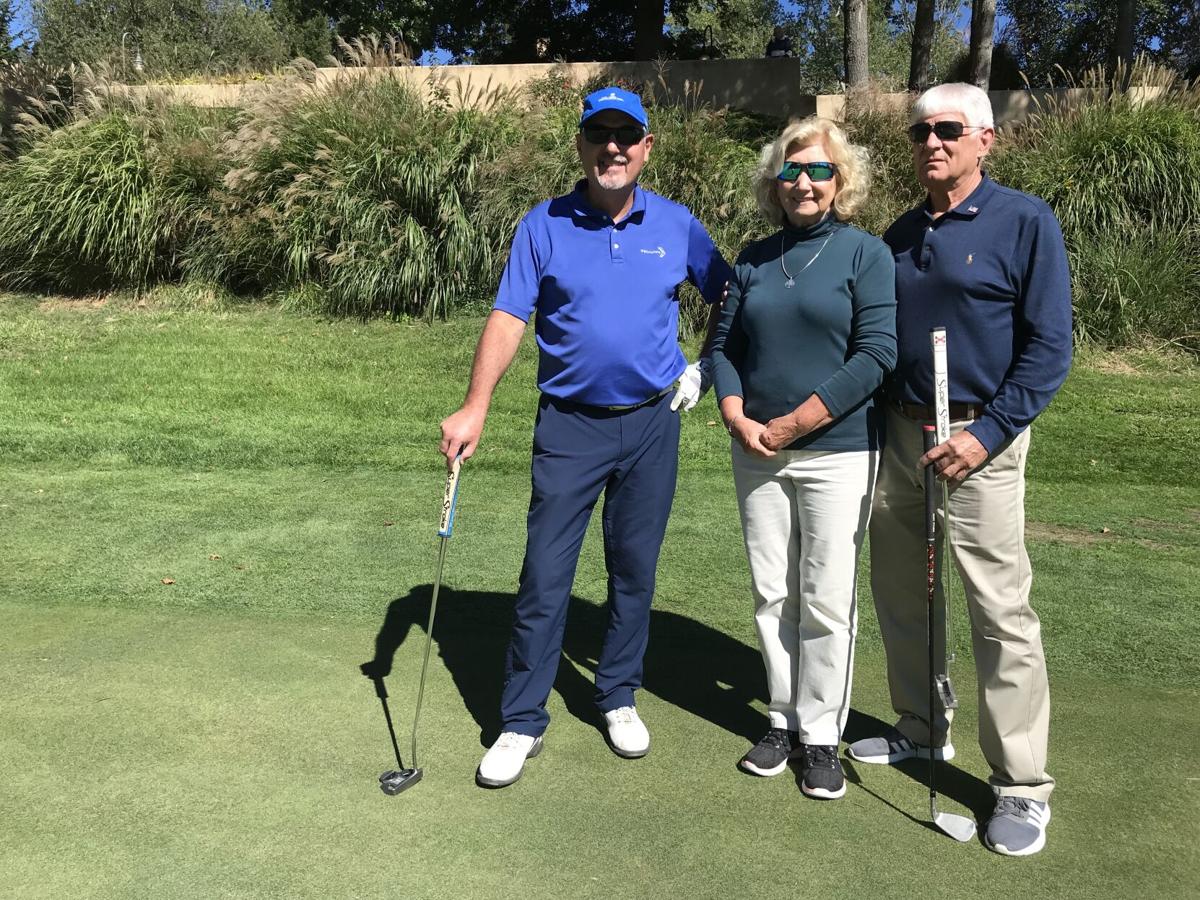 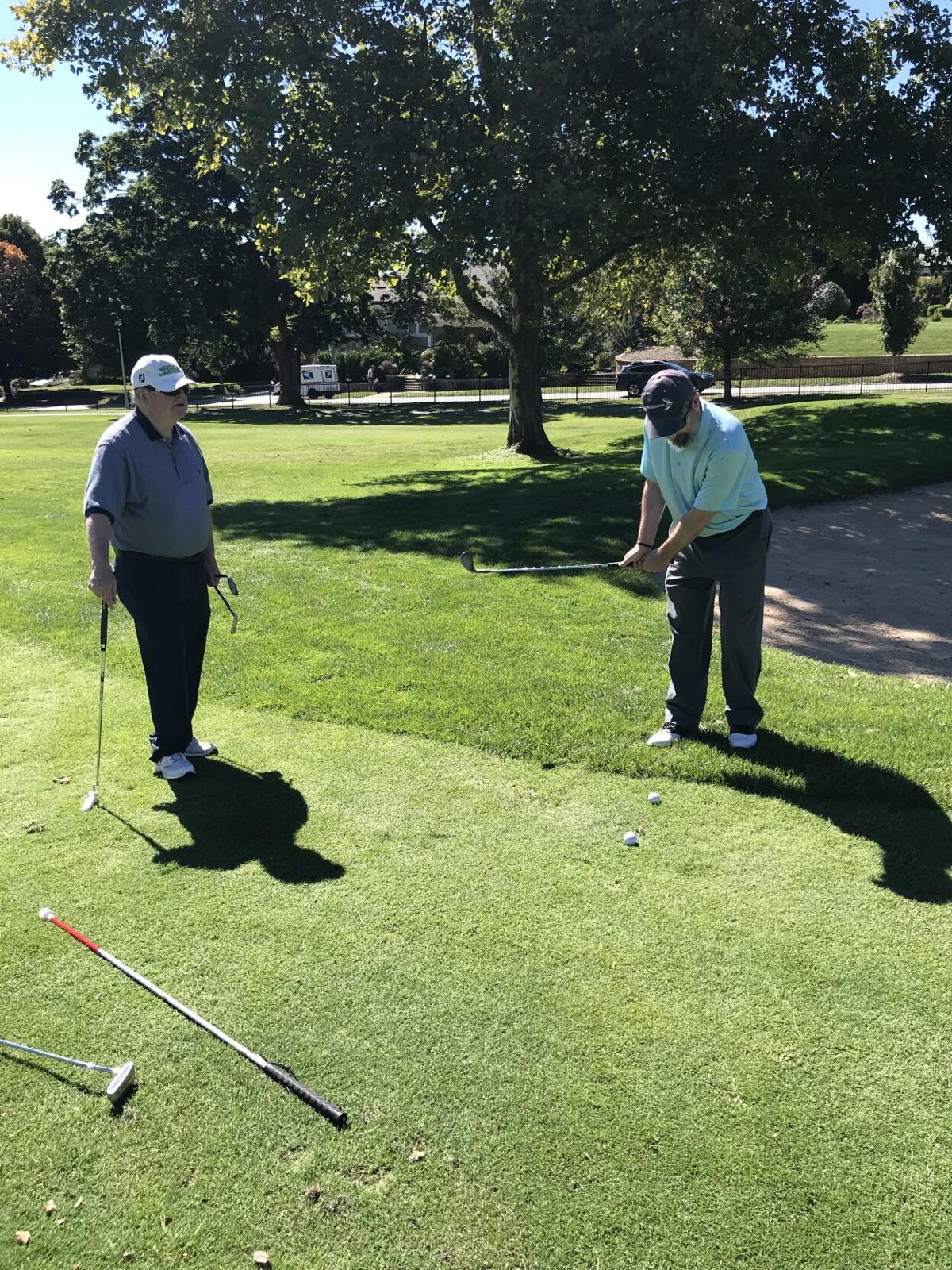 IFB Solutions’ Asheville Community Low Vision Center Manager and blind golfer Grant Weathers gets some help from his guide and Dad, Ken Weathers, as he putts during the Captain’s Choice Tournament.

Grant Weathers lines up for a putt during IFB Solutions’ golf tournament at the Omni Grove Park Inn Country Club.

IFB Solutions’ Asheville Community Low Vision Center Manager and blind golfer Grant Weathers gets some help from his guide and Dad, Ken Weathers, as he putts during the Captain’s Choice Tournament.

Two behemoths of industry joined forces Sept. 24 to celebrate what it means to give people the power to change their lives during IFB Solutions’ 5th Annual Captain’s Choice Golf Tournament at the Omni Grove Park Inn Country Club in Asheville.

IFBS has been helping blind and visually impaired people find purpose or new directions in their lives via training and employment opportunities for more than 80 years.

Over the years, Ksenia Richards, director of philanthropy at IFB Solutions, said that tournaments have been very popular fundraisers, organized several times a year at various courses in Asheville, Winston-Salem and Little Rock, Arkansas, where IFBS is anchored. However, IFBS’ decision this year to consolidate the golf tournament and present it at the historic Omni Grove Country Club may have provided the incentive that made 2021’s event the largest and most successful in IFBS history.

“Who doesn’t want to come to Asheville and all that it offers?” Richards said.

At the end of the day, the golf tournament raised $156,000 that will go toward funding IFBS’ programs. Funds raised were the result of registration fees, in-kind gifts and sponsorships, plus an extra event that provided golfers a unique opportunity to feel some of the challenges faced by blind golfers.

Titled “Putting in the Dark,” the event took place before tee-off. Sighted golfers were blindfolded and paired with a coach who instructed them on how best to make their putts. One-hundred-and-twenty golfers took advantage of the opportunity, with Asheville golfer Clete Fugate taking the prize.

IFB Solutions works hard to meet its mission of ensuring “people who are blind or visually impaired have the right to succeed in every area of life,” reads a statement on the company’s website.

And that vision is working.

To date, IFBS is the largest employer of people who are blind or visually impaired in the United States. Statistically, the group, according to IFBS, has experienced a 70% unemployment rate.

For Grant Weathers, manager of the IFB Community Low Vision Center in Asheville, the chance to swing from the blues was a feeling that had dropped off his radar, following the loss of his vision in 2007.

Admittedly, Weathers, a former PGA pro, was bitter when Leber’s Hereditary Optic Neuropathy robbed him of his sight three and a half months following diagnosis. Weathers was 30 years old at the time.

“My life changed dramatically,” he said. “I went from working in the PGA and teaching golf, being able to play and have the ball do what I wanted it to do to not being able to see the ball.”

Rebounding from depression was a long, hard road.

“Since going blind, my No. 1 goal was to find a job. I still had to pay rent and put food on the table,” Weathers said.

Before finding IFBS, Weathers said he found work, but it was unfulfilling. Then, at a friend’s urging, he decided to check out IFBS. After all, he said, “I lived in Greenville, S.C., and Asheville wasn’t too far away.”

What he discovered was amazing.

Seven years later, Weathers has moved up through the ranks from his first job on the production floor to becoming manager of the Low Vision Center. In addition, he’s found his way back to the golf course.