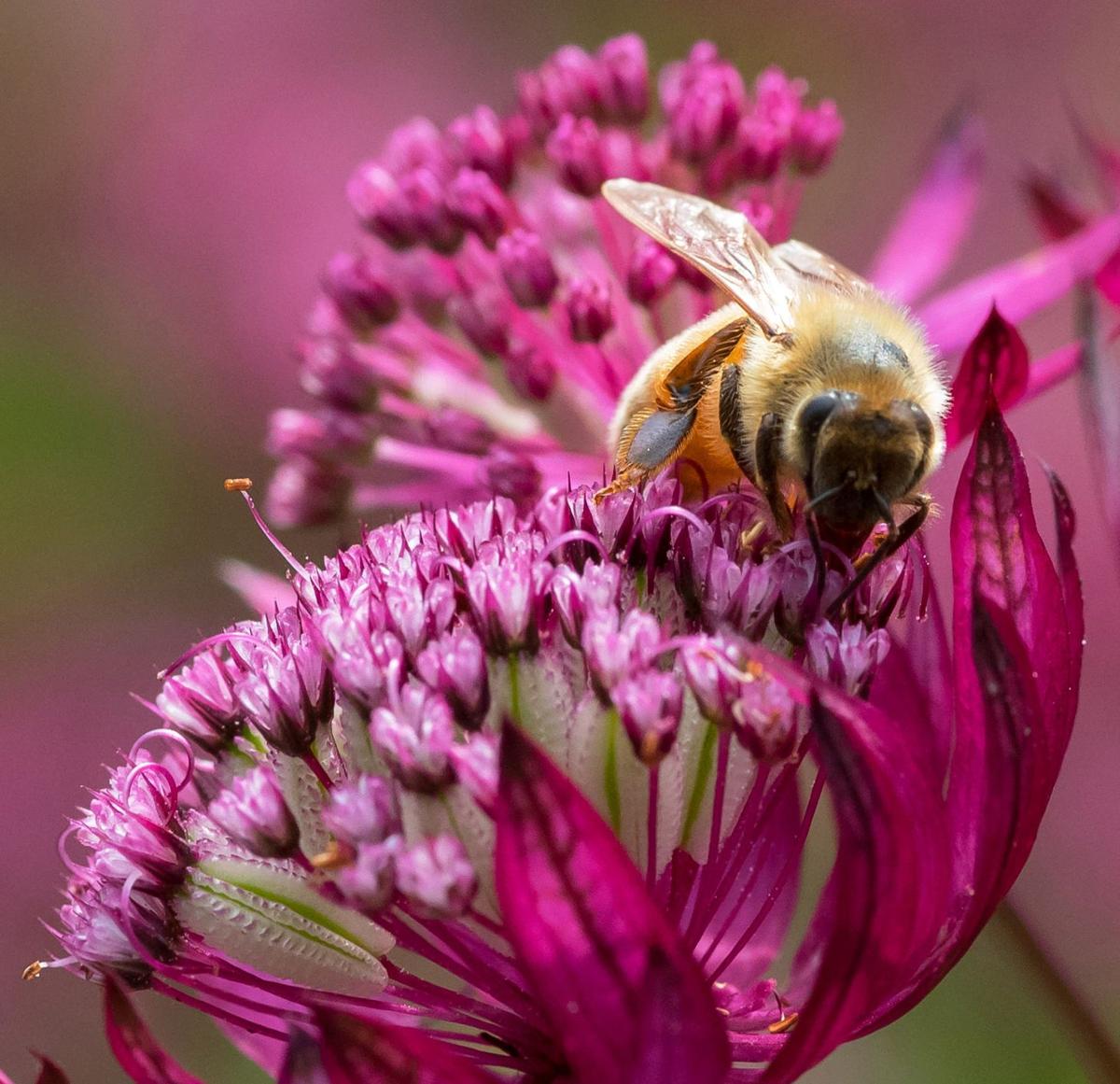 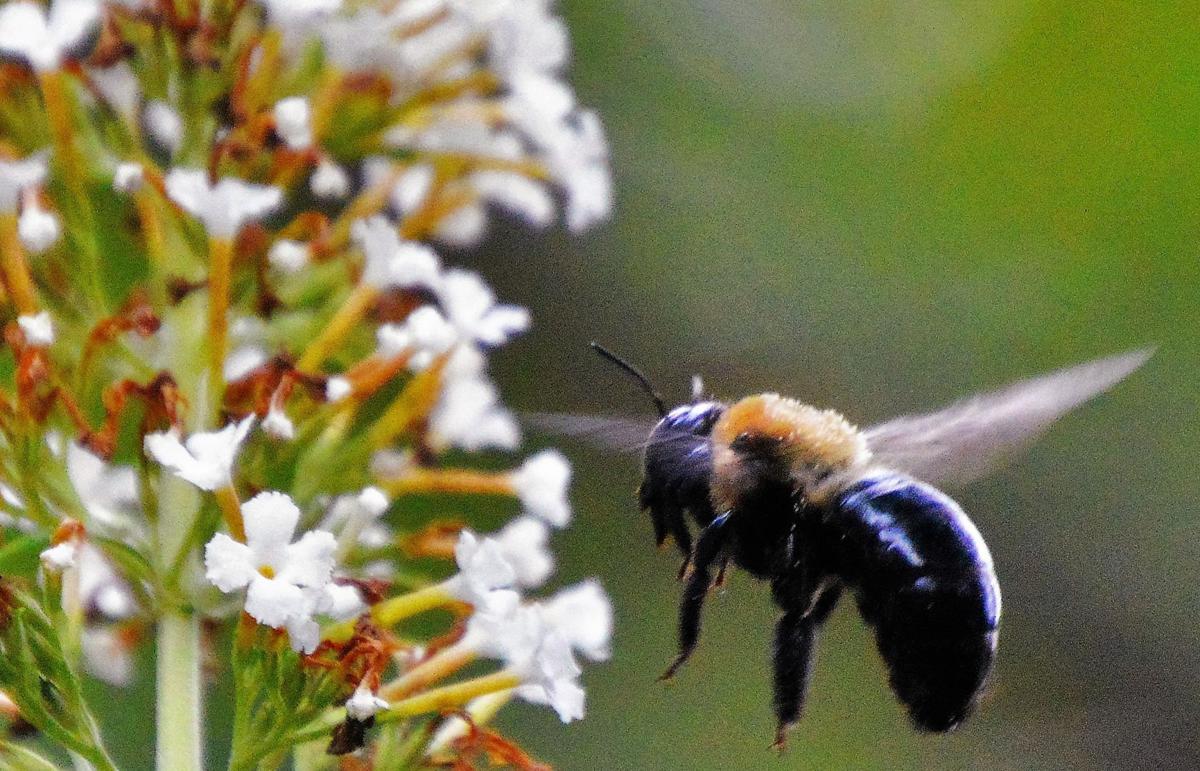 Beekeepers from around the globe were recently honored in Asheville at the world’s only international honey contest — and the proceeds benefitted a very sweet cause.

Asheville’s downtown Renaissance Hotel was buzzing with excitement during the seventh annual Black Jar Tasting, a fundraiser to support the Center for Honeybee Research (CHR).  The CHR is an organization dedicated to finding the answers to create a world that is safe for bees.

During the honey contest, guests participated in a blind tasting, evaluated and graded samples of honey from unmarked containers. Most of the honey from the tasting was collected in the U.S., but some samples were brought from locations as far away as Uruguay and Turkey.

Since the taste of honey varies from the different regions around the world, each honey has a unique flavor. Thirty finalists go through taste tests and winners in more than 10 categories are selected, such as International Multi-Floral, Sourwood, and USA Southeast Region, among others.

It is so important to protect pollination, which is currently in decline. CHR founder and executive director Carl Chesick said 2 million flowers must be visited to collect enough nectar to produce a 16 oz. jar of honey.

“Several hundred bees have devoted their entire lives to produce each special jar of honey.” The National Honey Board says on their website that the “USDA has estimated that there are between 139,600 and 212,000 beekeepers in the United States, most are hobbyists with fewer than 25 hives.” Chesick said there are more beekeepers in North Carolina than any other state, with about 500 in Buncombe and Henderson Counties alone.

Pollination is essential to agriculture in that the health of the world’s crops depends upon it, and the cause of a decline in honeybee populations is an under-investigated crisis of international proportions. Chesick wanted to inform those in attendance that the center is very actively involved in this research. He said we need to find out why honeybee populations are suffering from Colony Collapse Disorder. “The species has survived for about 50 million years, and have been quickly disappearing over the past decade. We need to find out what has changed in the environment.”

The website for the non-profit CHR states that honeybee colonies are failing to survive winter as never before in their 50 million year history. “Our academic institutions are not stepping up, and government budgets are being cut. No one is taking responsibility to systematically seek answers we desperately need now. It is hoped the Center for Honeybee Research can grow to overcome obstacles which have prevented progress.”

High school senior and beekeeper Casey Millsap was present at the event. He recently participated in the Future Farmers of America program. His project on beekeeping took over five years to accomplish and won a national award from the FFA. Millsap said his project was for the specialty product proficiency category of the FFA Supervised Agricultural Experience. “It involved a 37-page application in which I had to document every decision I made about my beekeeping. It really enabled me to grow, meet a lot of interesting people, and travel the country.”

Asheville not only hosts the world’s premiere honey tasting competition, it is also a hub for honey bee research and action as the home of the Center for Honeybee Research. Plus, Asheville was named the first Bee City USA in June 2012. Since then, Asheville has been bringing awareness of the importance of pollinators with cities in 24 states across America taking steps to protect pollinators to gain the Bee City distinction.

Renaissance Hotels, which has over 160 properties internationally, celebrated its seventh annual Global Day of Discovery on the day of the Black Jar Tasting. The Asheville Renaissance Hotel maintains its own handful of beehives on its roof at their Banquet Level. Victoria Huggins, the 80th beauty to be coroneted Miss North Carolina was tasked with announcing the winning name voted upon for the queen bee of the Renaissance Hotel hive, “Ashbee,” submitted by Mary Heffner. Huggins said she was especially pleased to attend the event because on a recent visit to the Cherokee Reservation, one of the beloved elders gave her a Cherokee name that literally translates as “honeybee.”

To make a donation, visit http://honeybeeresearch.org.