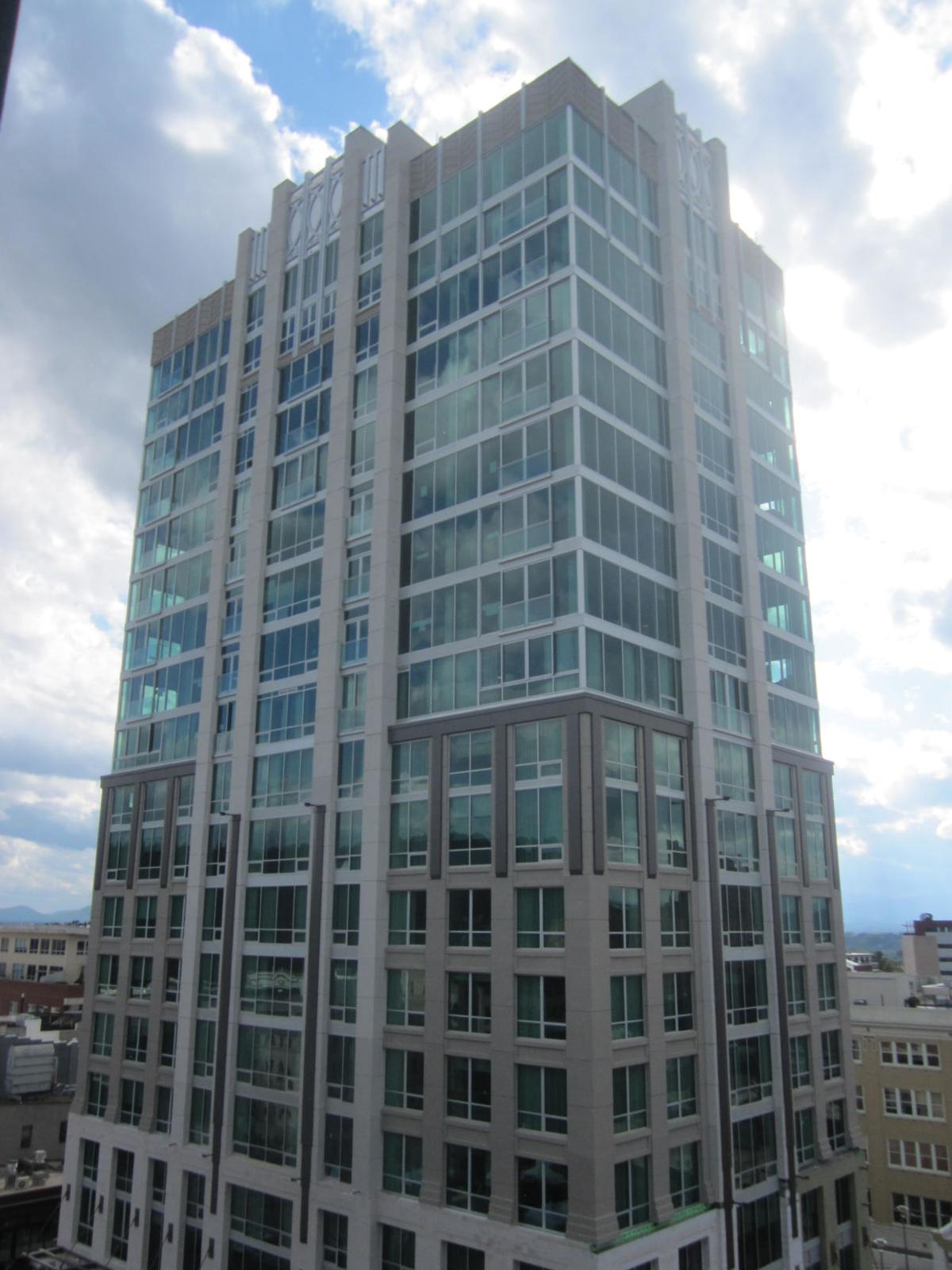 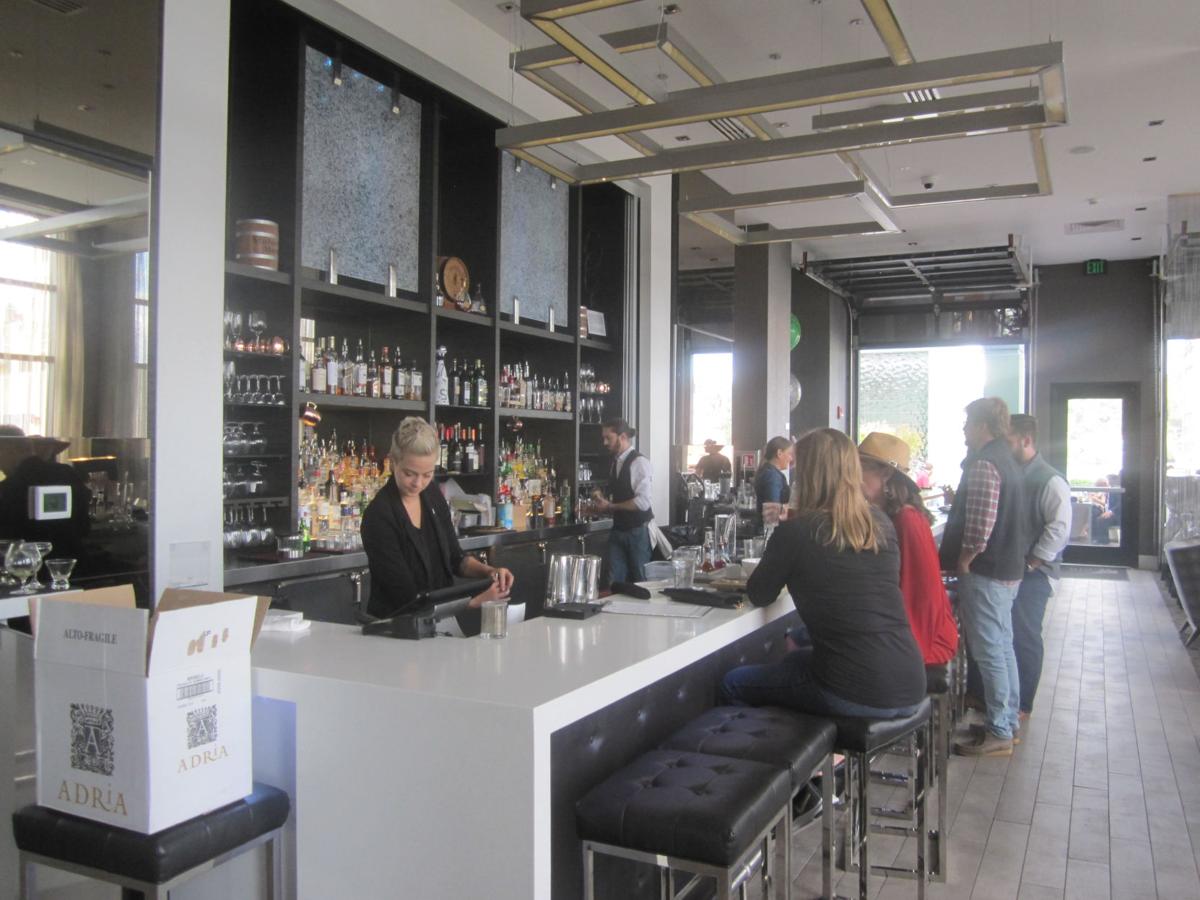 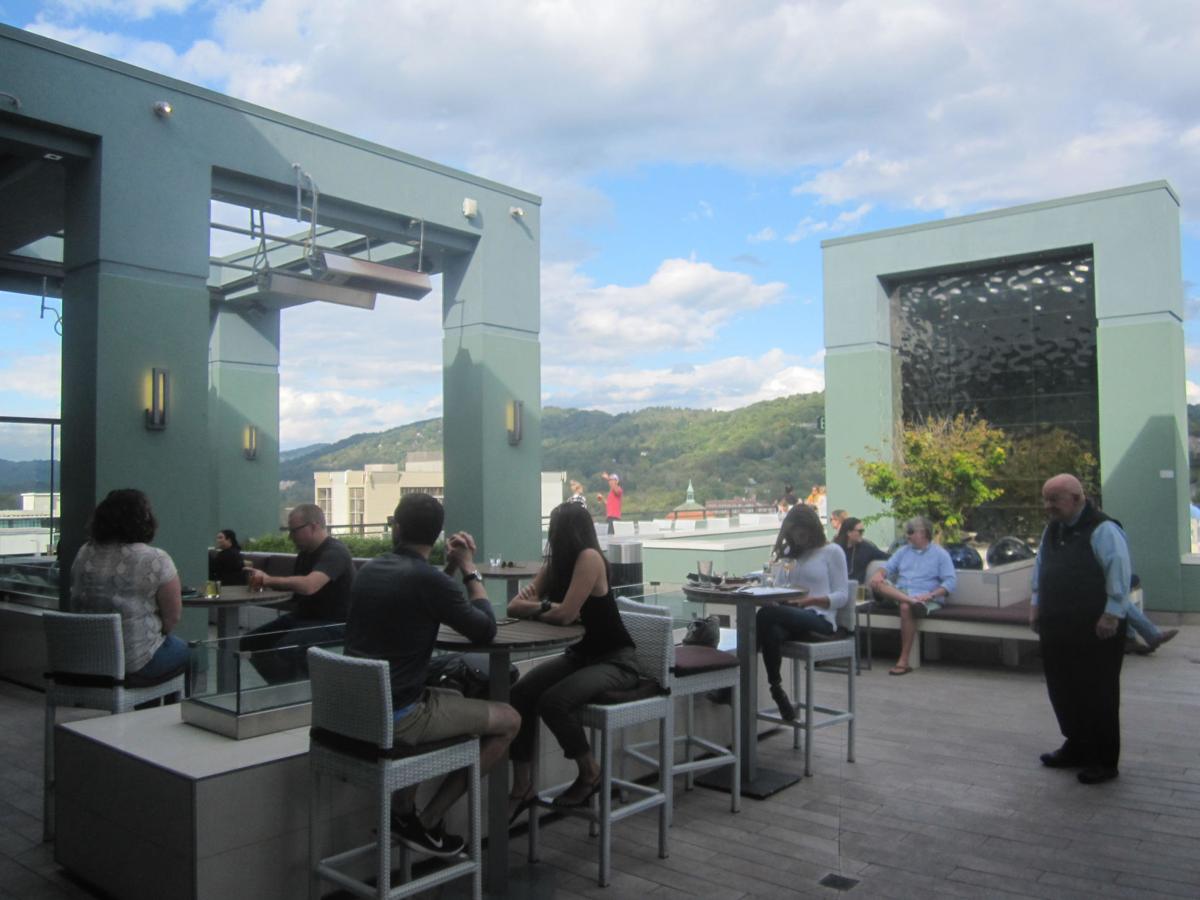 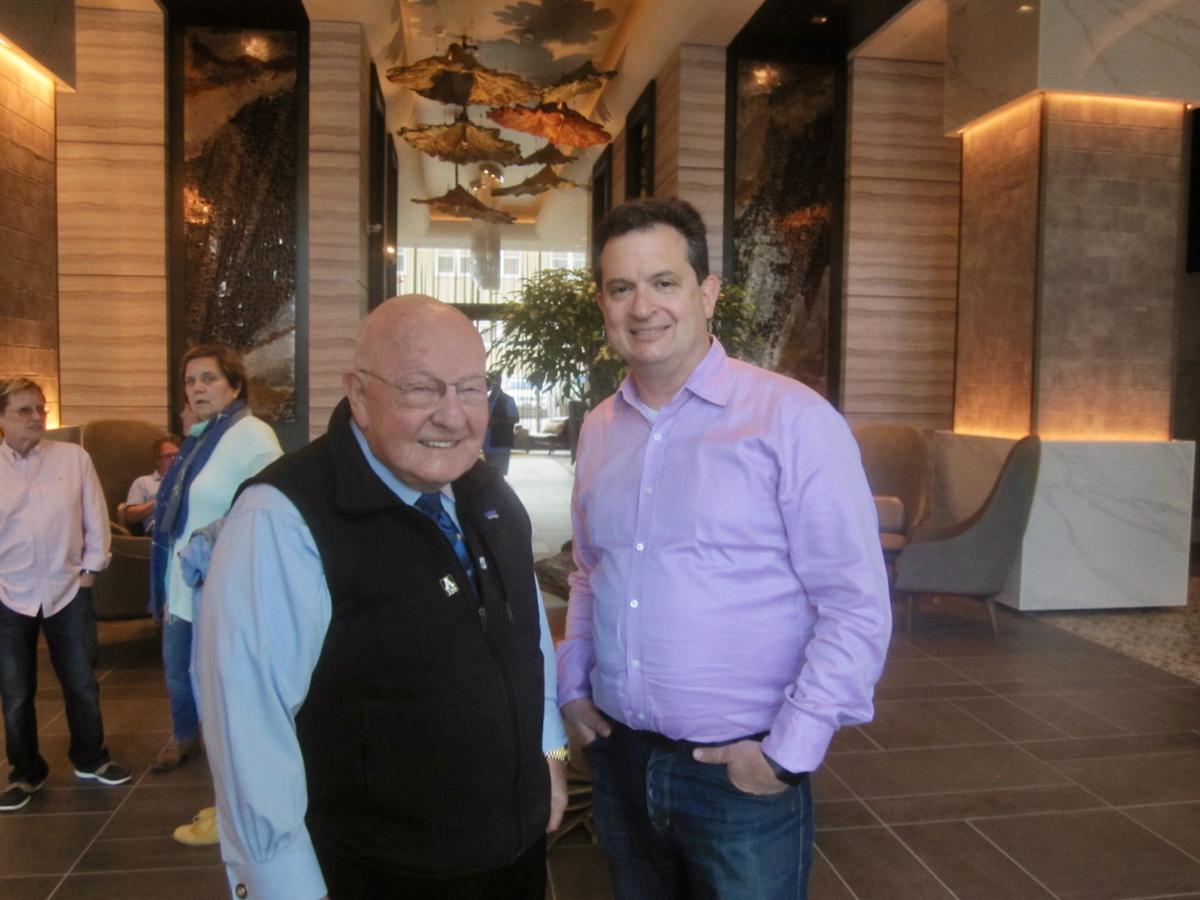 The new four-star Kimpton Hotel Arras has opened in downtown Asheville at 7 Patton Ave. Glenn Wilcox has a long history with the building.

Wilcox Travel has occupied offices on several different floors of the building which officially opened in October of 1965 as the Northwestern Bank Building. Wilcox set up his travel agency two months earlier, and had been there continuously for 51 years.

“I was the first tenant in the building before they even turned on the air conditioning,” he said.

The monolithic structure was a classic example of the utilitarian architectural style of the 1960s. Wilcox’s Tower Associates in partnership with developer John B. McKibbon has dramatically transformed the exterior of the building into an architectural masterpiece.

Floor to ceiling windows are a stunning seafoam green, and synthetic stone Art Deco ornamentation gives the building a completely new look. The exterior at ground level has been extended east to accommodate two restaurants, District 42 and Bargello, and the west side of the building has a new three deck parking garage.

Sidewalks around the building have been widened. Above the restaurants are a 128 room boutique hotel, and the tenth floor up features 54 luxury condominiums.

Arras, a word of Flemish origin means tapestry. The name was selected to reflect Asheville’s diversity. On July 7, 1794, John Burton obtained a grant for 200 acres of land in Buncombe County. It was originally called Morristown, but later named Asheville. Burton is remembered as Asheville’s founder.

Bargello is a Mediterranean themed restaurant, and its name gives a nod to a needlepoint stitch, a chic extension of the whole tapestry concept.

Pollay said his restaurant features really fun craft cocktails, and world class food from the kitchen and pizza oven. It’s open all day with live music on Thursday, Friday and Saturday nights. He calls it “Asheville’s living room.” The most popular craft cocktail is called the Mountain Air.

“It’s just a great combination of what you’d smell waking up at a higher elevation with the fresh breeze coming through.”

The Mountain Air has notes of pine and rosemary.

“We of course have a nice little twist to it that you have to experience. New drink making technology makes it possible to float a bubble filled with smoke revolving within, on top of the drink. You pop the bubble to release the rosemary aroma,” Pollay said.

Wilcox said he is pleased to be partnering with John McKibbon on this exciting project.

“I have great respect for him and am excited to be working with a man of such proven integrity.” McKibbon said, “I’m honored and pleased to have the opportunity to redevelop downtown Asheville’s iconic high-rise, and partnering with the Wilcox family makes it all the more special.”