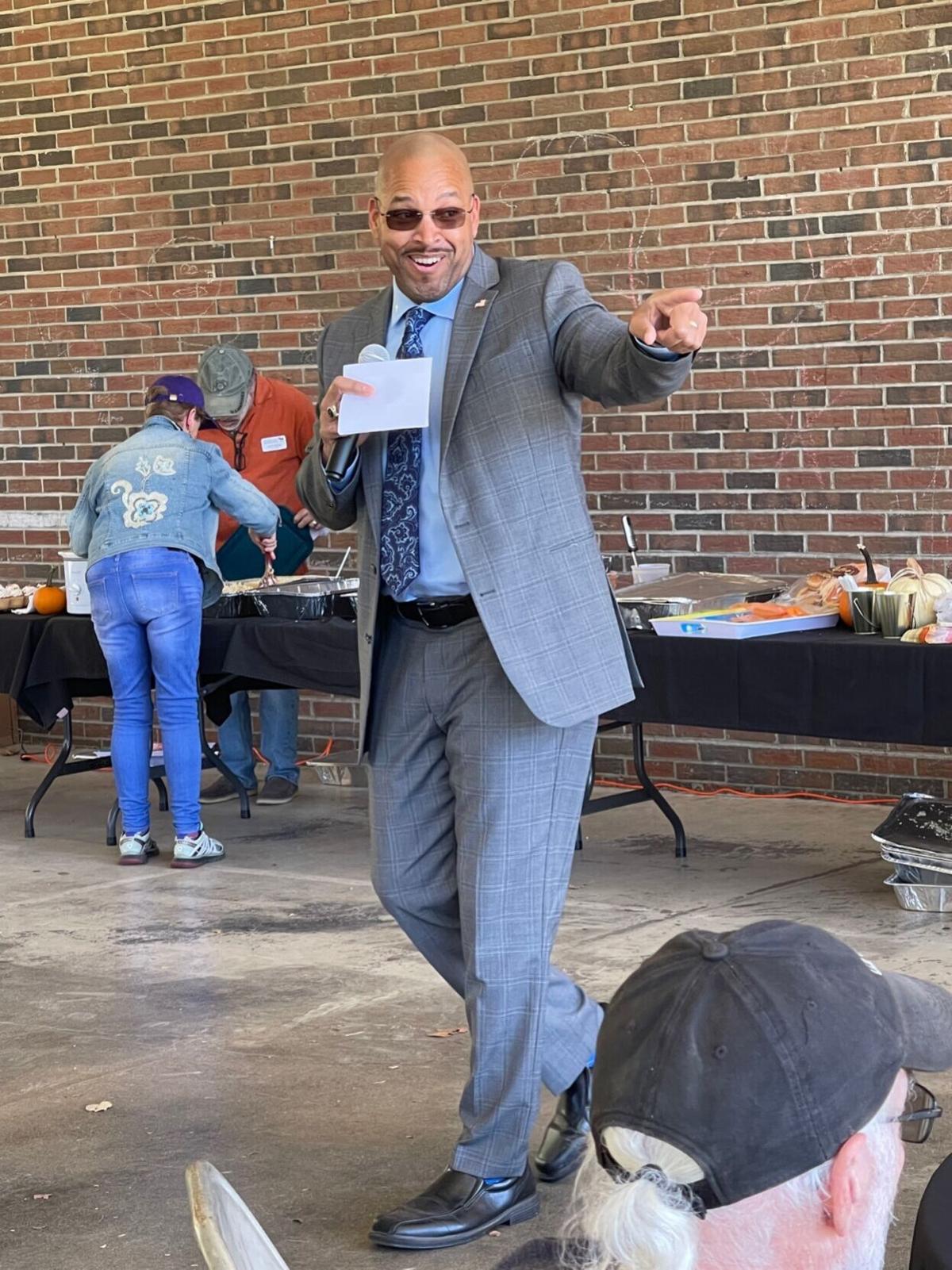 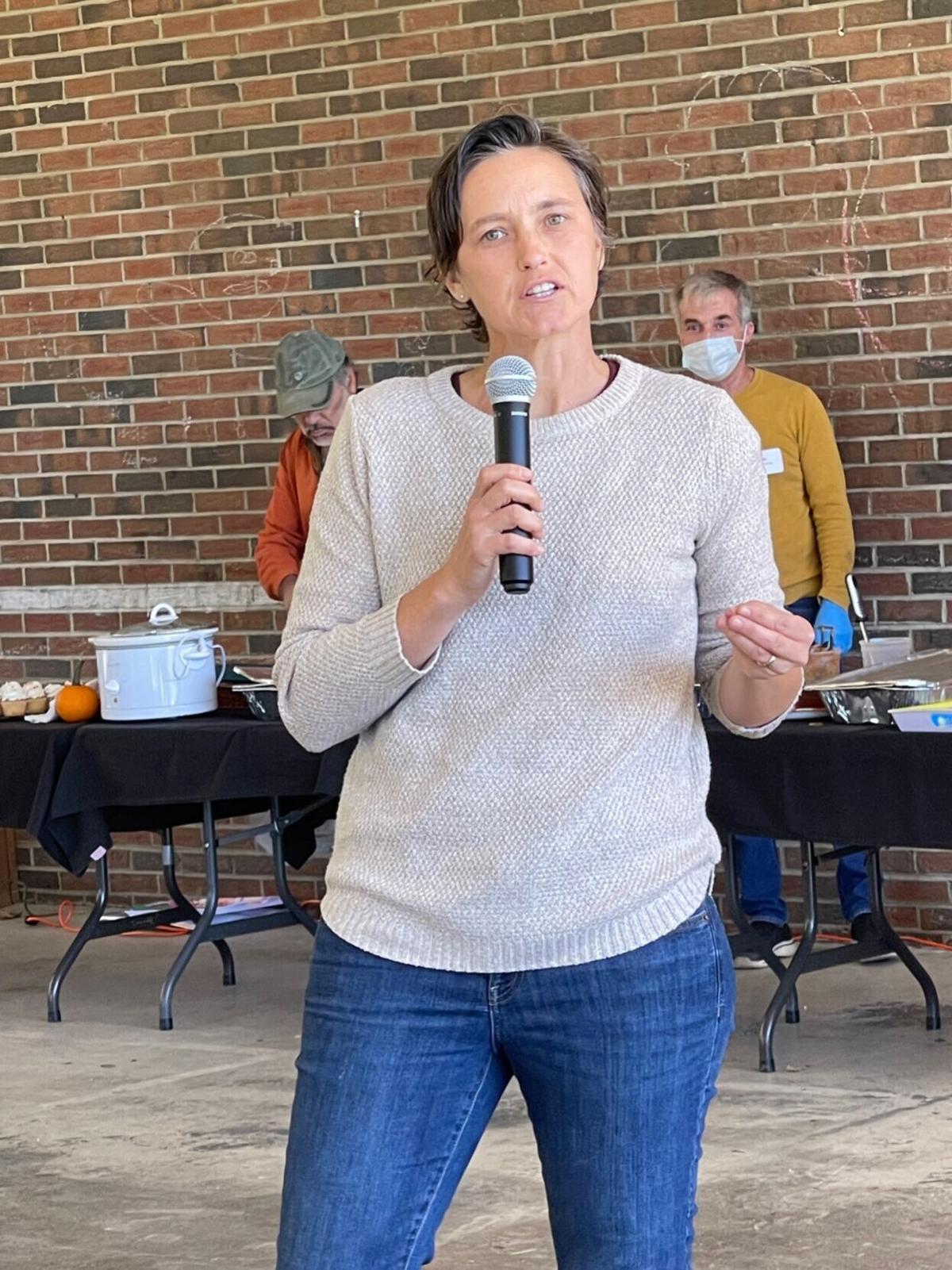 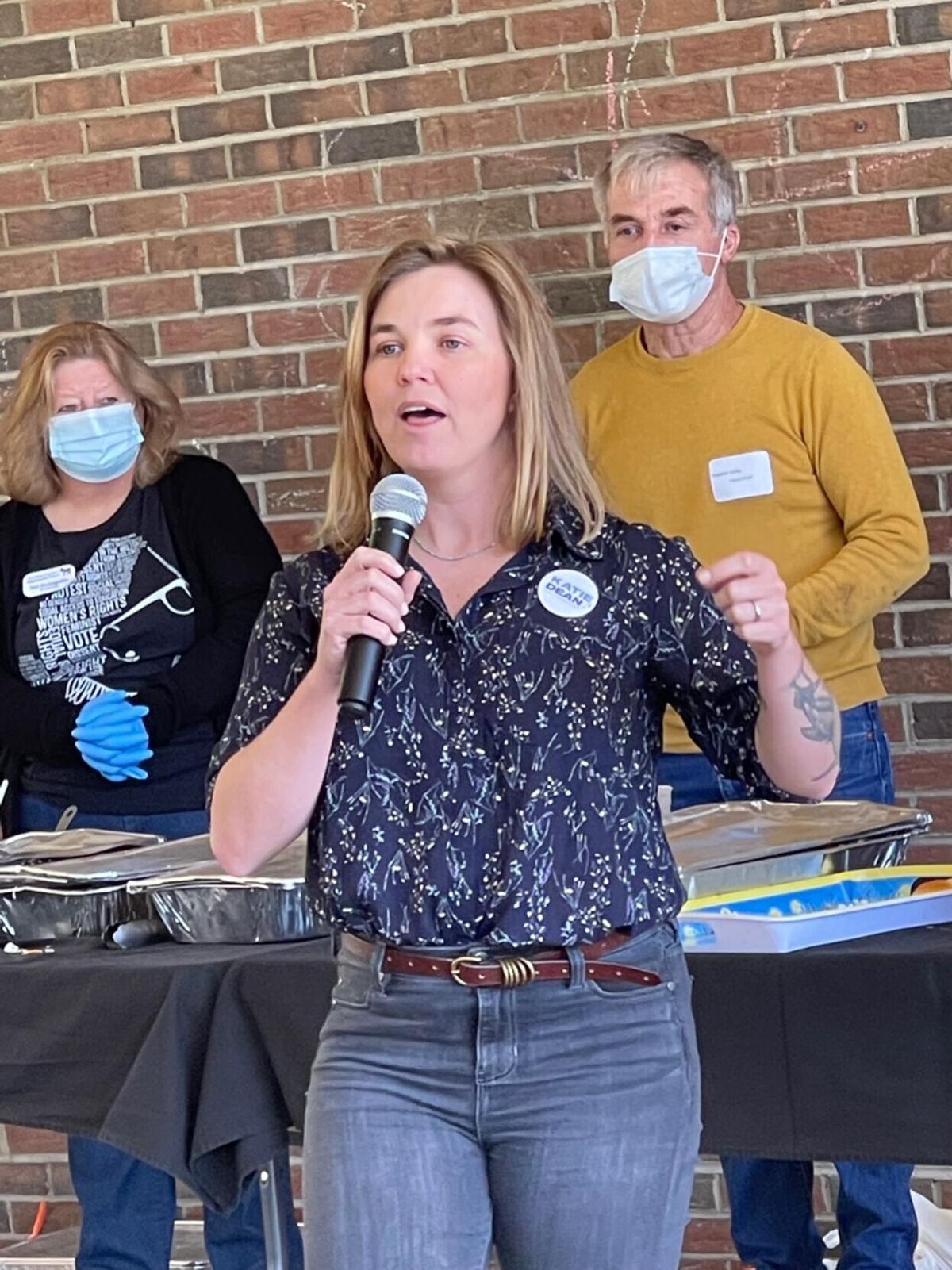 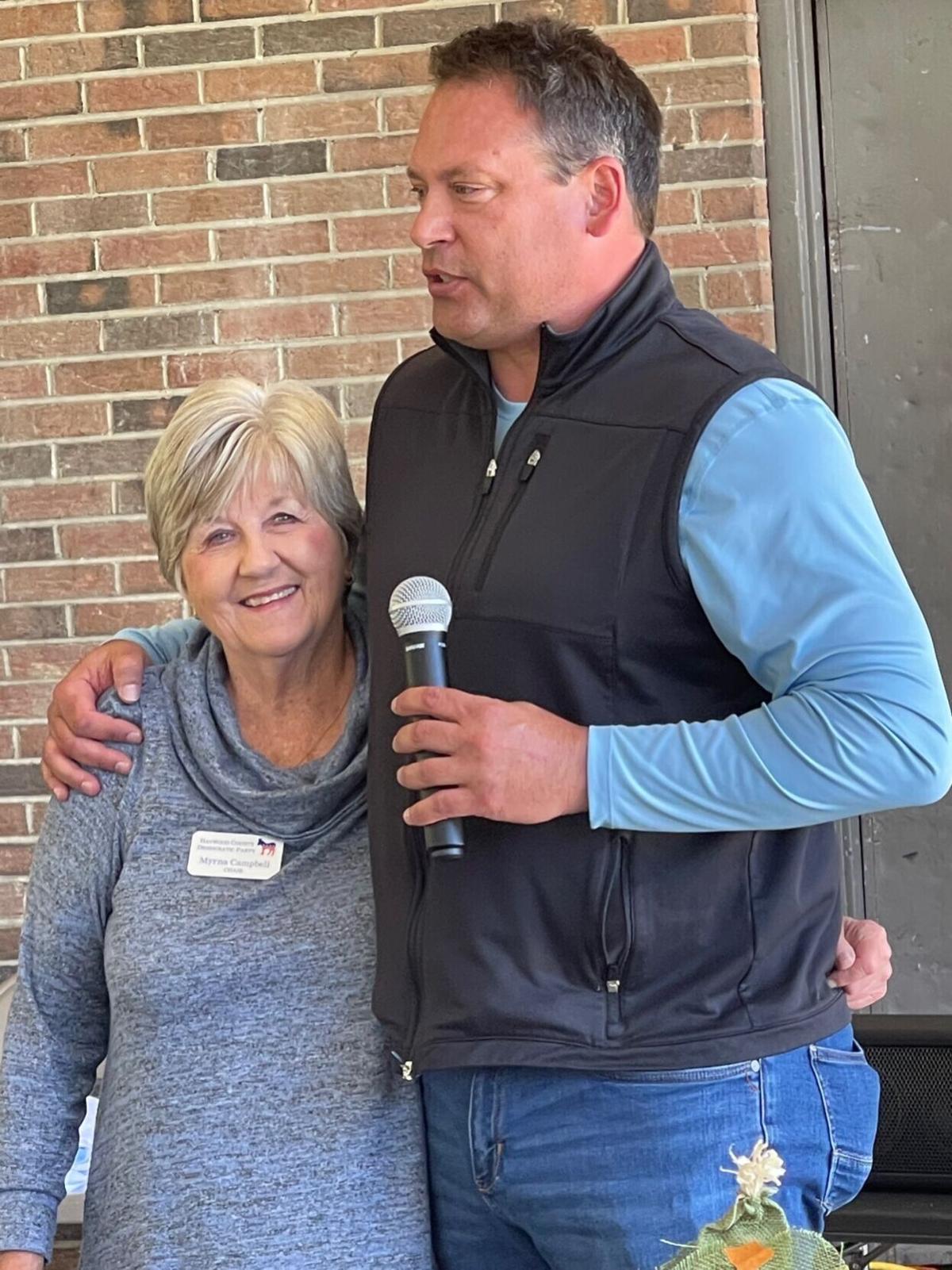 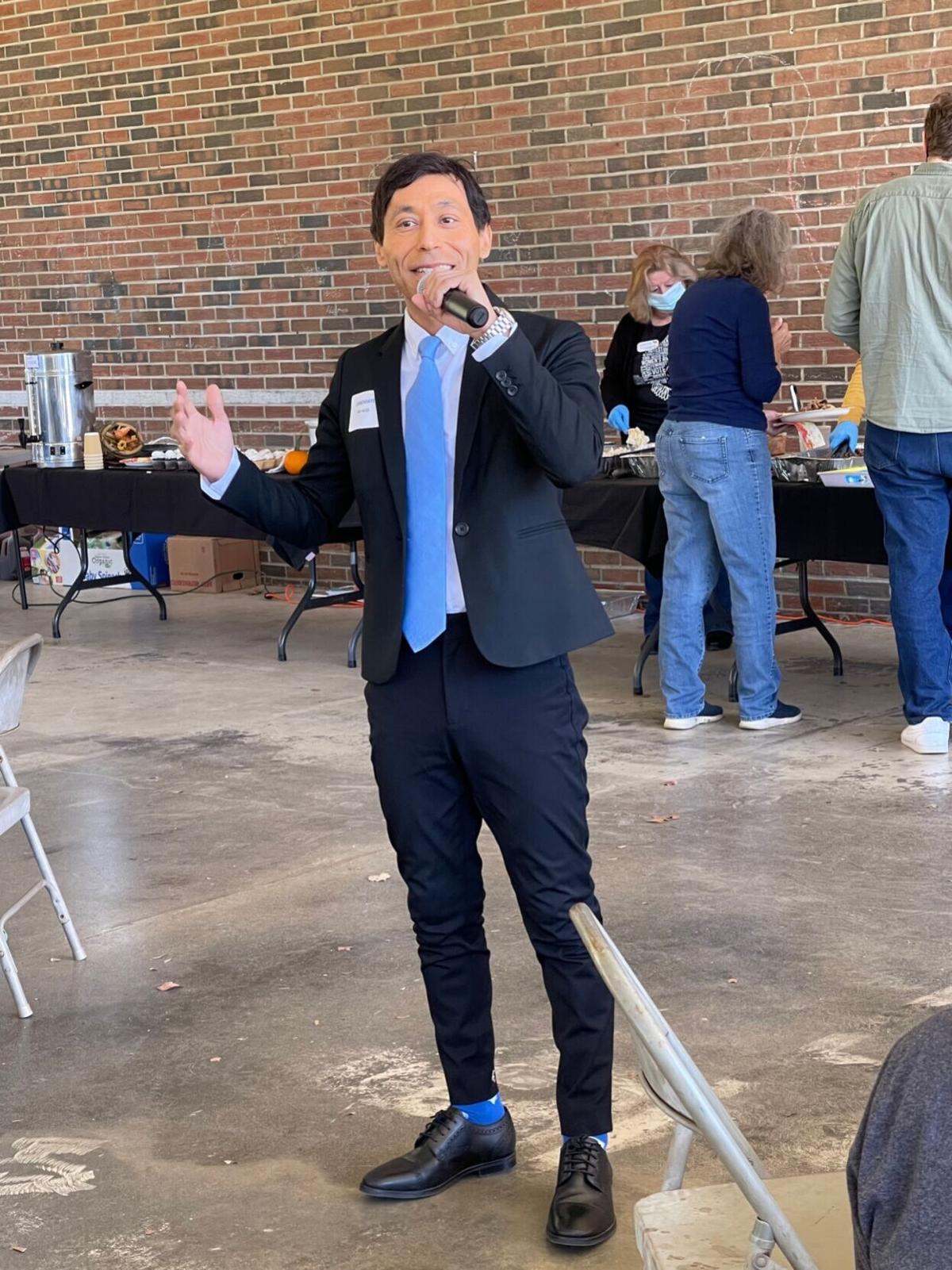 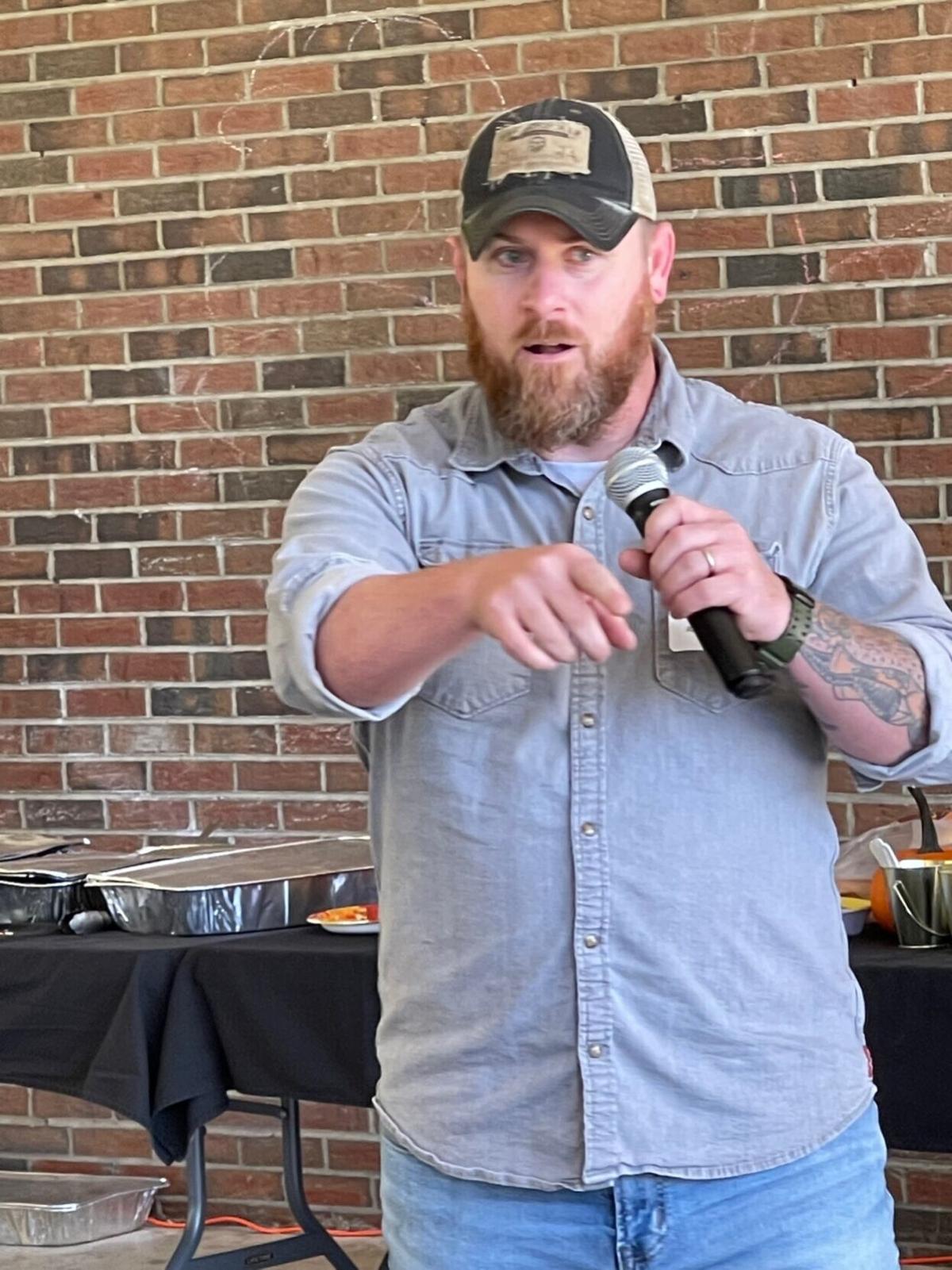 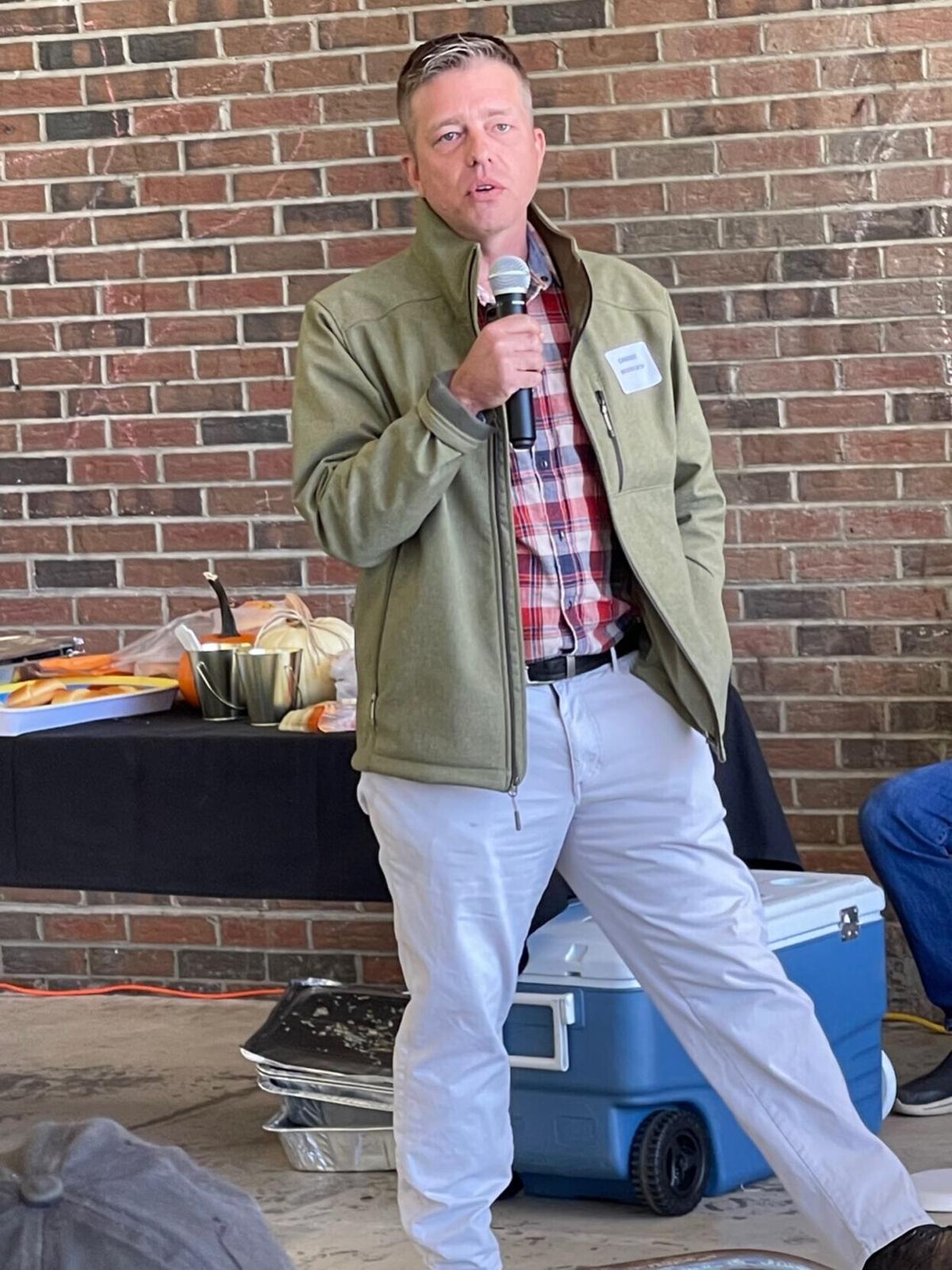 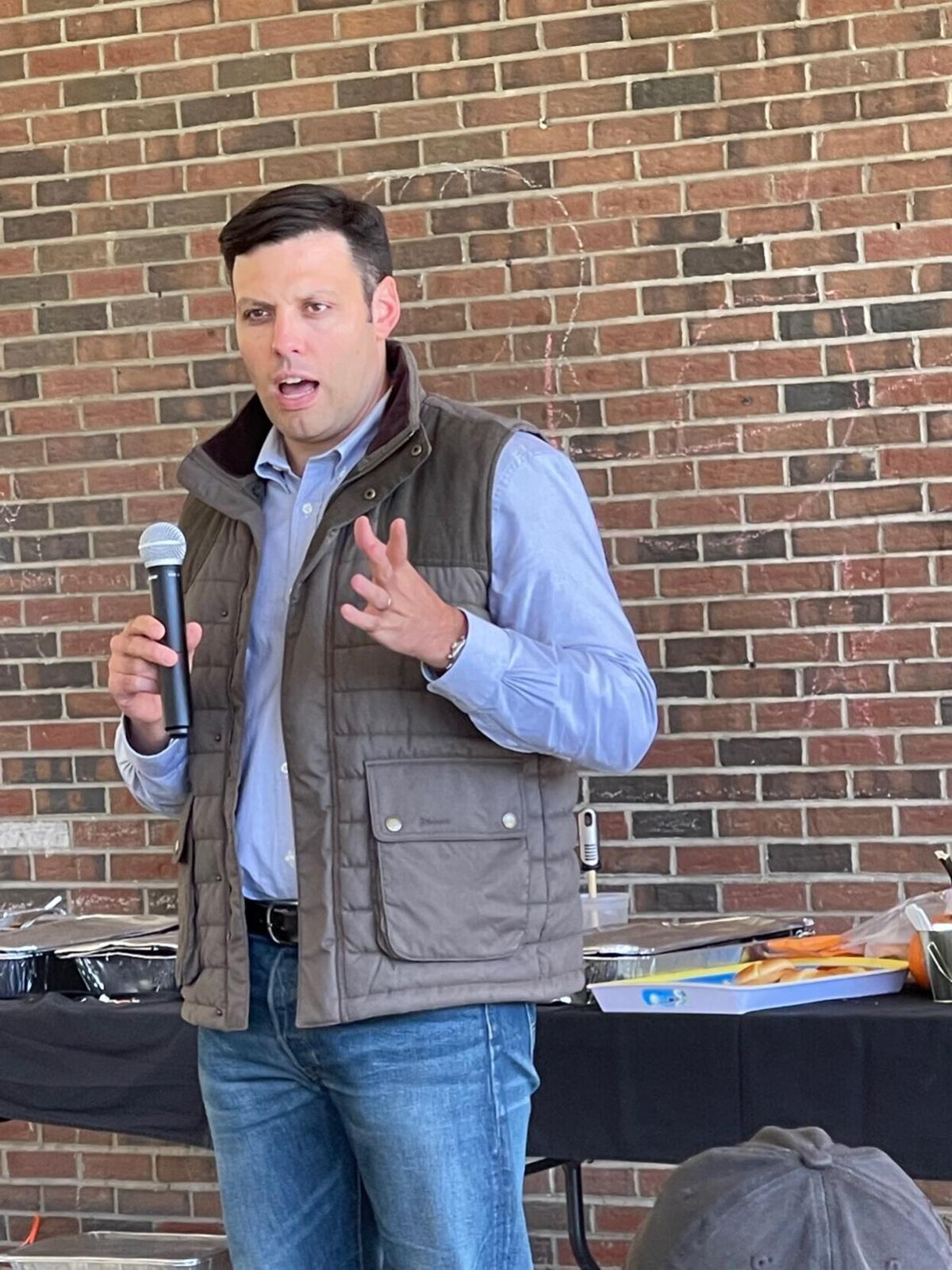 Canton Mayor Zeb Smathers spoke to the crowd about how Western North Carolina united when faced with the tragedies associated with Tropical Storm Fred.

Canton Mayor Zeb Smathers spoke to the crowd about how Western North Carolina united when faced with the tragedies associated with Tropical Storm Fred.

Speakers included former U.S. Congressman Heath Shuler and Canton Mayor Zeb Smathers, who set the stage for showing others how people can work together for the common good as they are in the aftermath of Tropical Storm Fred, regardless of political views.

Shuler told the crowd Democrats would have to work harder than they ever had, especially in rural America. That includes courting independents who vote for the person, not just the party.

“As a party, we have to continue to operate under this big tent and can’t criticize people on one or two issues,” he said.

“That was the beginning of Regan Democrats,” he said. “Now it’s time for Biden Republicans.”

Seven of the Democratic candidates seeking the 11th District Congressional nomination were on hand. Here is a bit of what they had to say.

Carey touted his middle-class family background and his 20 years in the military, where he earned a Bronze Star in Iraq. He spoke to leading an effort to rebuild communities in Iraq, noting, “I think I can handle a few Republicans.”

Dean said she knew the challenges facing working class people and what it’s like to make hard choices so all the bills can be paid. That happened when she and her husband built their small business and when facing an expensive surgery. She said she chose to forgo general anesthesia to save $15,000. Dean vowed to run a “boots-on-the-ground working class campaign.”

Beach Ferrara spoke of her ability to work with those holding divergent views and how she’s won elections, such as the one for Buncombe County commissioner, when nobody thought she could. She called incumbent Congressman Madison Cawthorn a danger to the democracy, and said she would work in a bipartisan way to deliver the kind of representation Western North Carolina deserves.

Gash described himself as a fifth-generation mountain boy who is a public servant at heart. He played football for UNC-Chapel hill and is a school principal and pastor in Henderson County.

He’s campaigning on mountain values, ones where people show a resiliency in tough times and where a handshake is as good as a contract.

“My friends call me Big E,” he said before listing his “big three — education, economy and the environment.”

Hess spoke of his background as a licensed clinical social worker and addiction specialist who also conducts law enforcement training. His frustrations with government led him to run for public office, where he vowed he wouldn’t “play nice” with Madison Cawthorn. He said he will work on practical solutions for public safety, climate change and the dignity of a living wage.

Now a Canton resident, Remillard grew up in the foster care program and spent eight years in the military, including two tours in Iraq. He said he’s spent time helping with several causes, including veterans and cleaning up Haywood flood damage.

“Madison Cawthorn has done nothing for working people,” Remillard said, observing WNC doesn’t have a voice in Congress as Cawthorn courts those on Fox News and the national stage.

He said he will fight for the people — “My life has been a fight.”

Smith told the group his remarks would be like none of the others who spoke before him. He recounted his political beginnings in the Libertarian Party, which led to recruitment by white, national terrorists.

Ever since Barack Obama was elected, Smith said it became clear to him the Republican Party was becoming a white, national terrorist organization.

All the talk about various programs and policies will go nowhere unless that truth is confronted, he warned.

(The Republican fall rally will be held in November, with coverage following the meeting.)