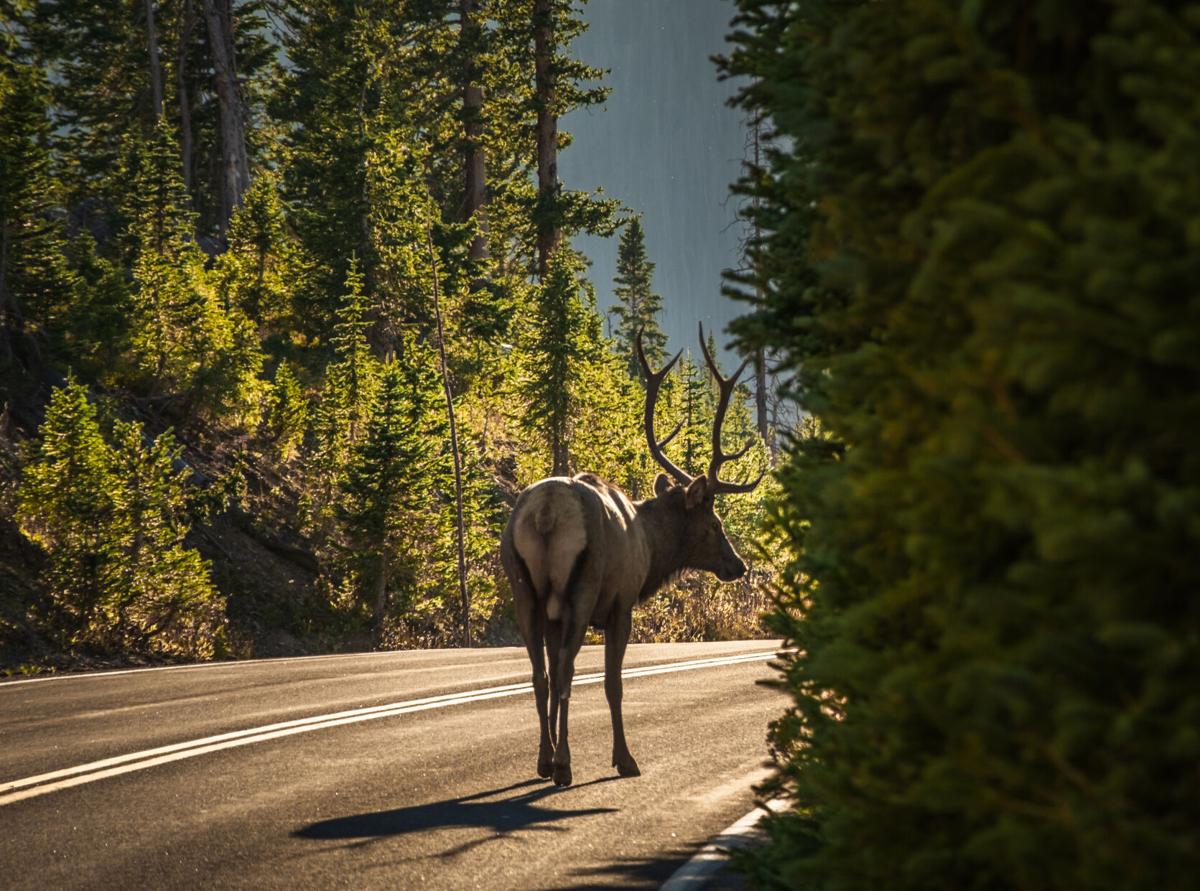 A bull elk crosses the road in Colorado. 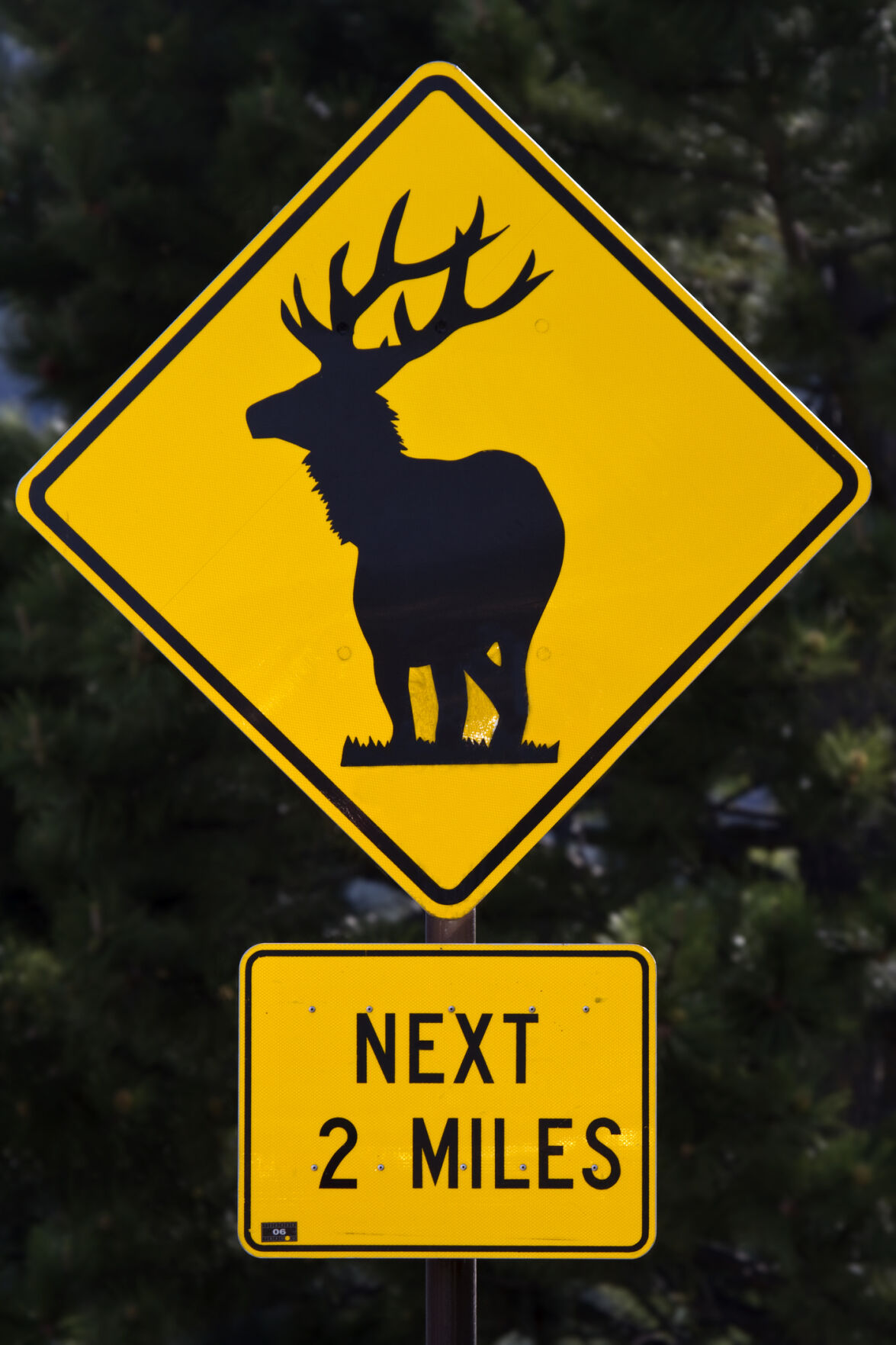 A roadside sign warns drivers that elk are present alongside the road. 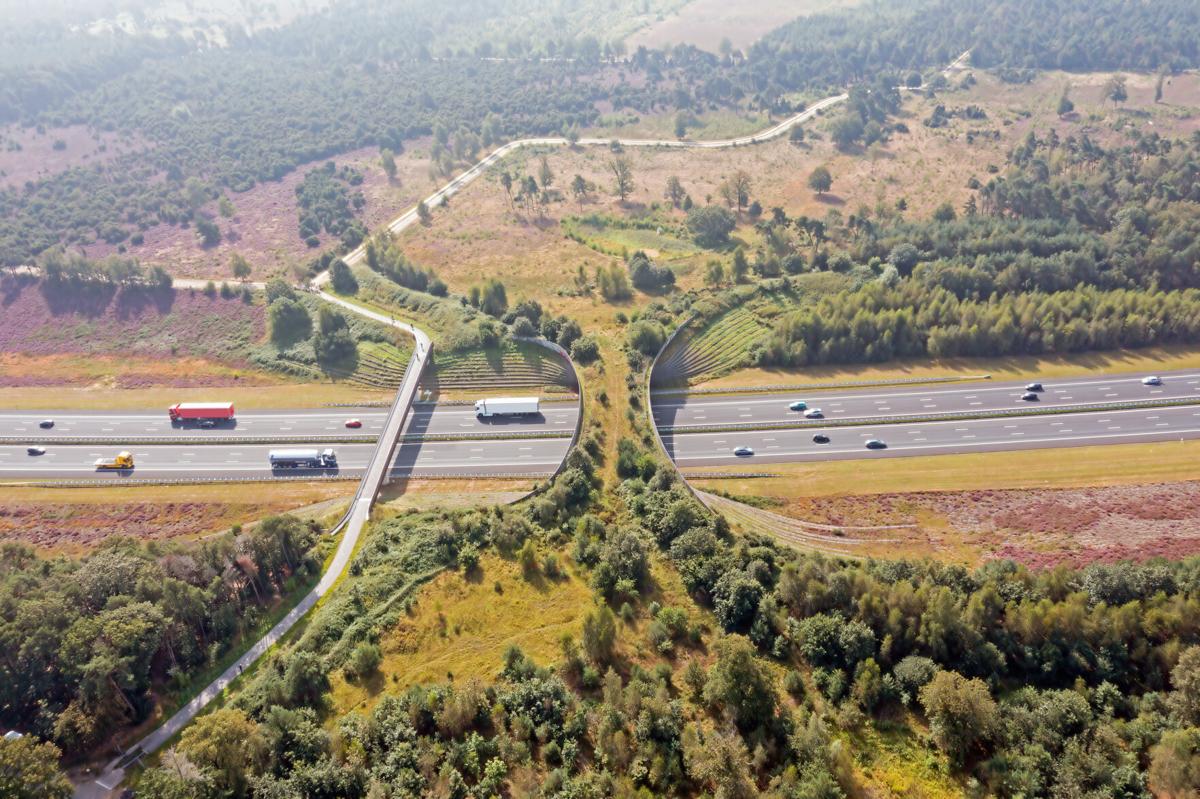 An overpass corridor in the Netherlands is an example of how proposed U.S. projects can help to maintain traditional wildlife movement across highways. 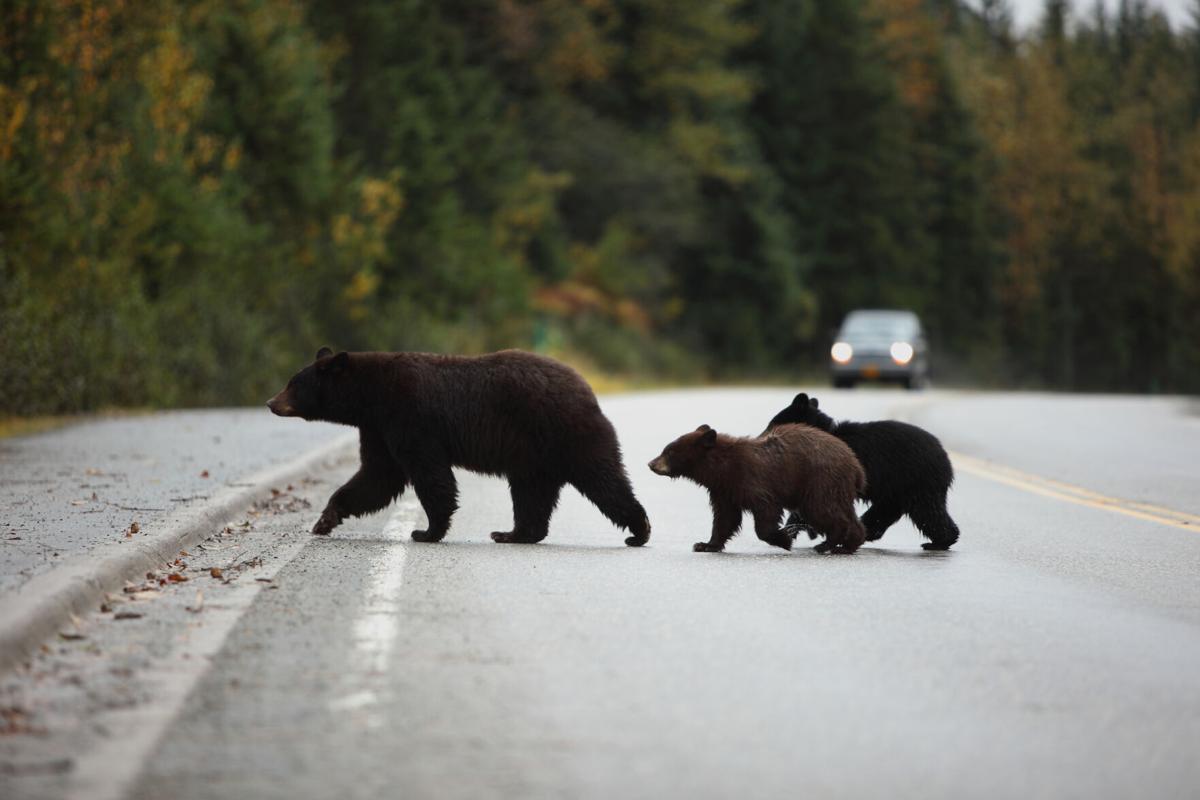 A bull elk crosses the road in Colorado.

A roadside sign warns drivers that elk are present alongside the road.

An overpass corridor in the Netherlands is an example of how proposed U.S. projects can help to maintain traditional wildlife movement across highways.

Can the power of imagination change the world?

Environment North Carolina Research & Policy Center thinks so, and its recent report “Reconnecting Nature: How Wildlife Corridors Can Help Save Species” is one way the nonprofit aims to educate and inspire states to take action to safeguard vital local species.

The agency is enjoying a rush of adrenaline these days on the heels of two environmental milestones — the current administration’s “America the Beautiful” initiative and the inclusion of $350 million in funding for wildlife crossings outlined in the high-profile infrastructure bill that passed the Senate in August.

The allocation of funds is seen as a shift toward placing a priority on conservation, said Krista Early, an advocate with ENCRPC.

“Legislators on both sides of the aisle are seeing the value in reconnecting habitats,” Early said.

One particularly exciting program outlined in the legislation is a grant that takes aim at reducing wildlife collisions and improving human safety on roads.

“For 21 threatened and endangered animals, direct road mortality is considered a major threat to the survival of the species,” said Early, adding “Our ecosystems have been fractured due to an increasing population size, as well as the growth of cities, towns and the infrastructure needed to support those areas. … The key now is to try and reconnect these isolated habitat areas through corridors. Doing so allows our wildlife, like our black bears and deer, to move freely and stay safe from the effects of human development, as well as the effects of rapid climate change on their habitats. It gives them the space they need to exist.”

According to data by the Federal Highway Administration, 26,000 people in the United States are injured from wildlife vehicle incidents every year. Of that number, approximately 200 people succumb to their injuries.

On the topic of the grant, Early explained that it is the first time that specific funding has been allocated for overpasses, underpasses and fencing that helps maintain traditional wildlife movement corridors.

“Charismatic animals like black bears, red wolves, elk, bighorn sheep that make this country beautiful are being harmed by fractured habitat,” she said.

Black bears cover 60% of North Carolina, but during the mid-1990s the animals had reached very low populations. The creation of wildlife corridors over the last several years have helped increase the number of black bears moving throughout the state.

In addition to the “America the Beautiful” report, which establishes a timeline of goals to be accomplished by 2030, and the projects outlined in the Infrastructure Bill, the Tribal Wildlife Corridors Act was introduced. It would create a grant program for wildlife crossings, animal migration research and conservation projects in areas important for wildlife movement.

“North Carolina is home to unique ecosystems that range from the mountains to our plains to our coasts and it’s our job to help protect the animals that inhabit these beautiful places,” said Early. “The U.N. warns that more than 1 million species are at risk of extinction within decades, and we need every tool in the toolbox to protect the natural world around us. Wildlife corridors can be a key wildlife protection tool, and we must embrace quickly.”

In the Tar Heel state, the Carolina northern flying squirrels are listed as endangered by the U.S. Fish and Wildlife Service. Their habitat has a historical range that includes North Carolina and Tennessee. There is a wildlife corridor project in North Carolina that works to protect these squirrels and creates a way for them to cross over a major highway.

There has been an effort to reintroduce red wolves, especially in North Carolina. The International Union for Conservation of Nature’s (IUCN) Red list has the red wolf classified as critically endangered. Their population decreased due to predator control programs, and the degradation and alternation of their natural habitat. The Alligator River National Wildlife Refuge spans five counties in eastern North Carolina, and that is the current range of habitat for this species.

“As efforts continue to increase the population of red wolves, wildlife corridors will be essential to their existence,” Early said. “The North Carolina Department of Natural and Cultural Resources has included maintaining the current five-country recovery area and working with state agencies to identify more lands that could function as habitat for red wolves.”

The Interstate-40 Pigeon River Gorge Wildlife Crossing Project in Western North Carolina is a prime example of how humans and wildlife can co-exist. A design for the wildlife crossing land bridge and overpass was approved by NCDOT in April. The project is currently funded by private donations. It’s goal is to afford safe passage for black bears, as well as prevent vehicle collisions. The bridge also will relocate a part of the Appalachian Trail, enabling a safe way for hikers to cross N.C. 143.

“We have the opportunity to think creatively about how best to restore these ecosystems,” said Early. “The notion that it is even possible to live outside of nature is ridiculous. We depend on living systems for the air we breathe, the water we drink and the food that sustains us. Wildlife corridors offer a smart way for us to reconnect the nature that surrounds us.”

In addition to supporting legislative efforts through grass-root participation and general education, people can practice conservation simply at home.

Things like planting local, native vegetation on their property goes a long way in helping birds and pollinators by creating stopover habitats in their backyards.

“We should keep nature in mind, both as we do things to develop crossings, and conserve and connect habitat. This is a bipartisan issue because everyone sees the value in protecting our wildlife and conservation efforts to help our wildlife make sense,” Early said.