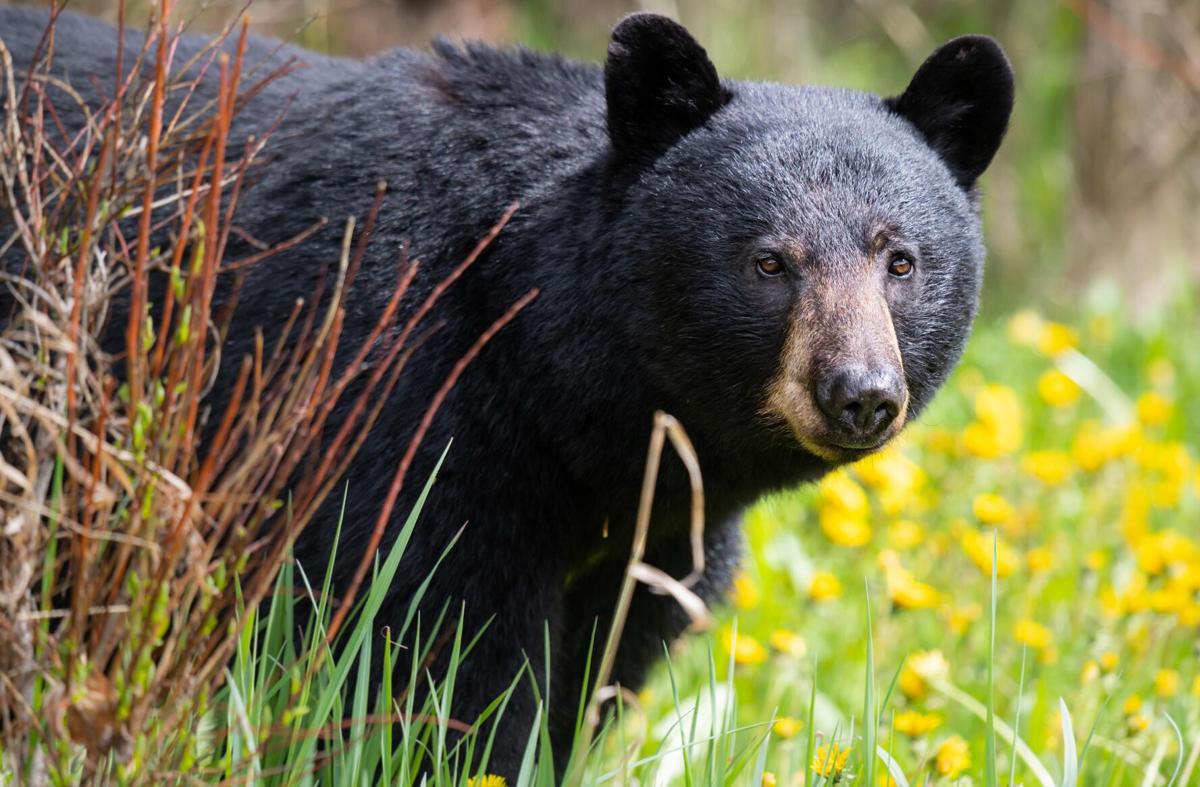 More than one-third of the calls to N.C. Wildlife Resources about human-bear interactions come from Buncombe County. 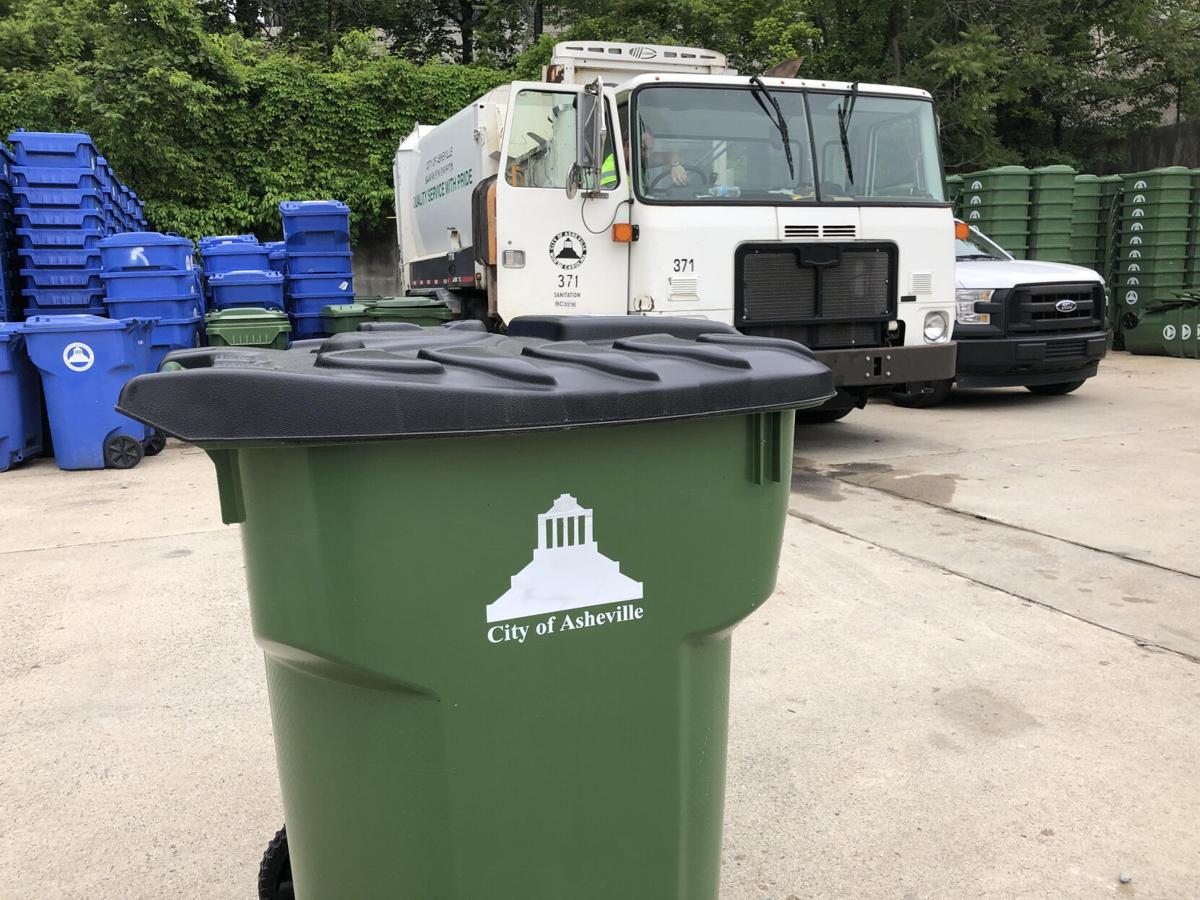 The city of Asheville has released the second batch of bear-resistant trash cans to residents who signed up for the pilot program that started in January. The 95-gallon can weighs 45 pounds and features a locking lid. 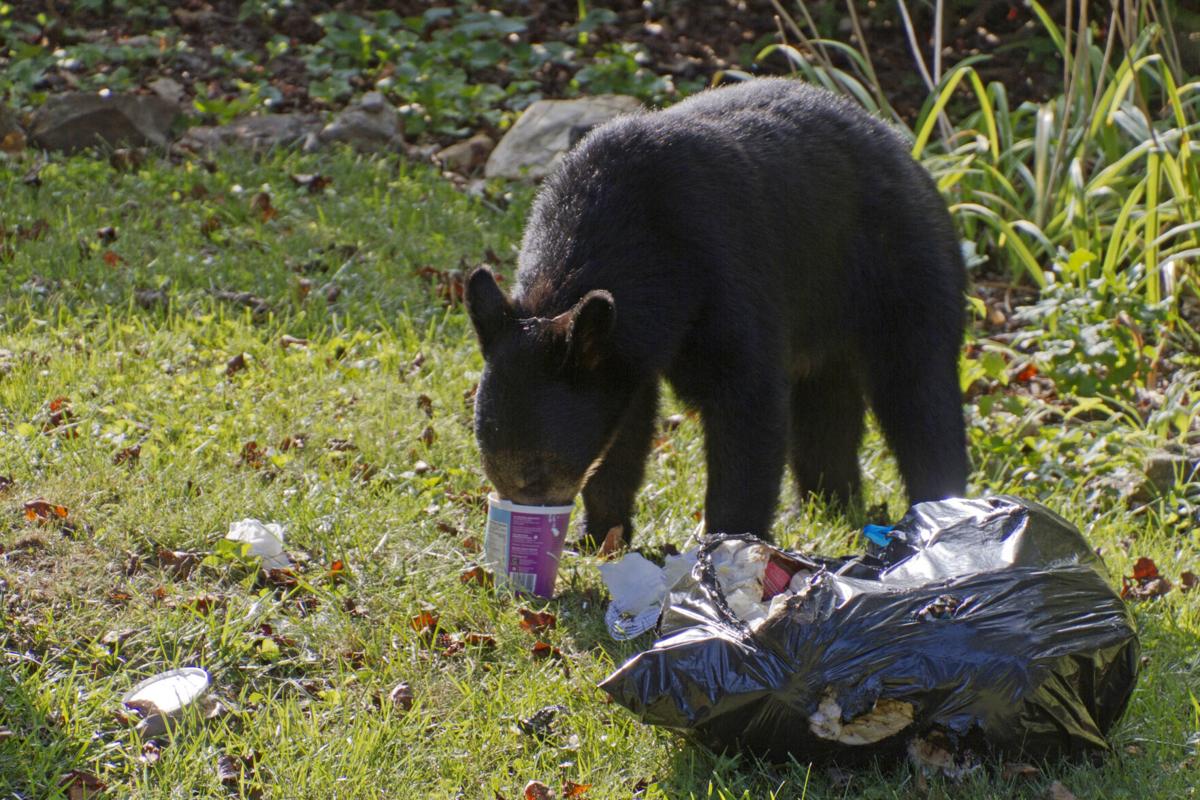 A black bear wastes no time getting into a bag of trash. 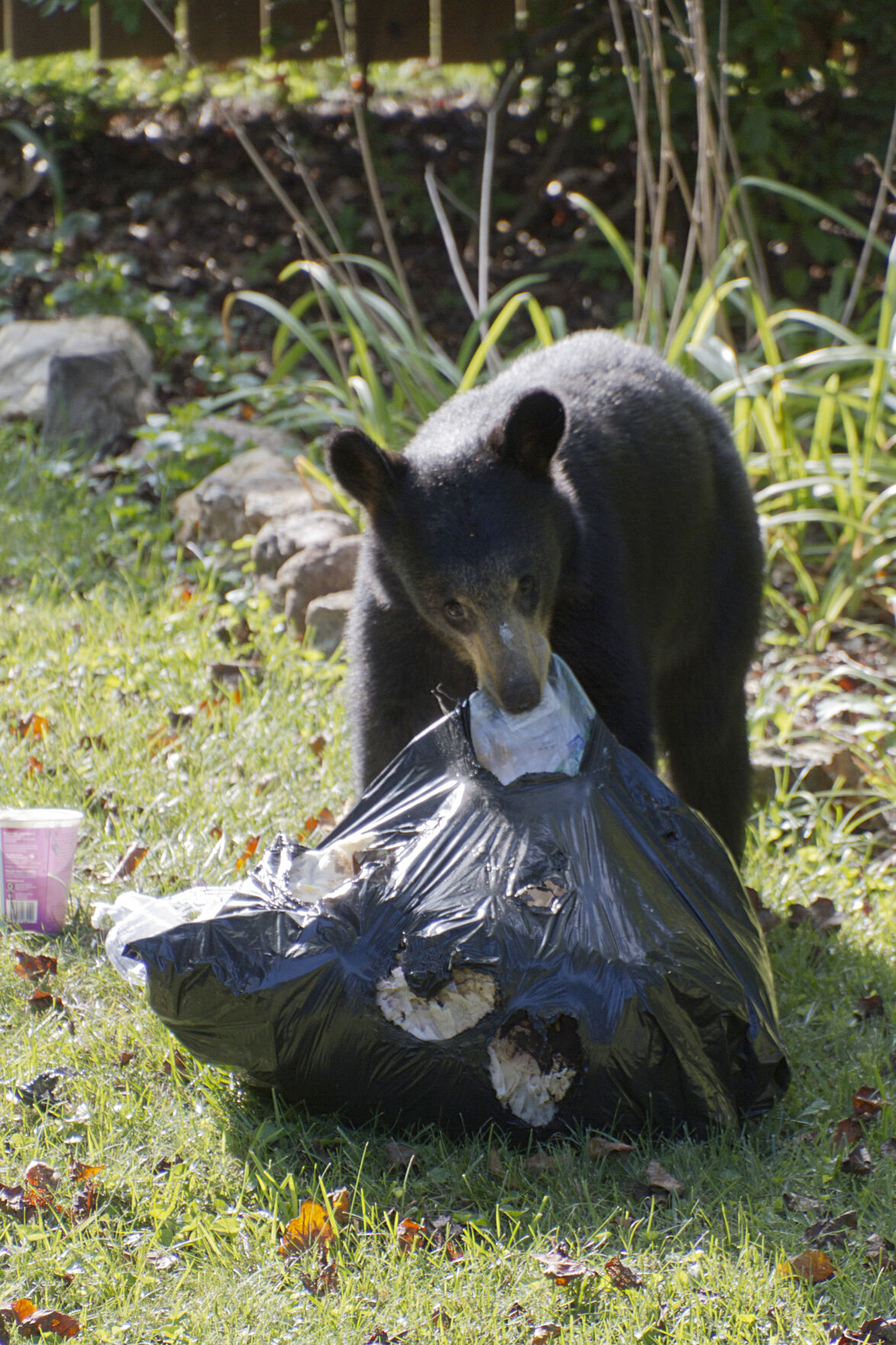 More than one-third of the calls to N.C. Wildlife Resources about human-bear interactions come from Buncombe County.

The city of Asheville has released the second batch of bear-resistant trash cans to residents who signed up for the pilot program that started in January. The 95-gallon can weighs 45 pounds and features a locking lid.

A black bear wastes no time getting into a bag of trash.

Katie Sollenberger, who lives just outside downtown Asheville in the Kenilworth neighborhood, said she wasn’t 100% convinced when the city announced its pilot program in January aimed at deterring her community’s furry nighttime visitors would work.

Like many of her neighbors, Sollenberger was aware of the possibility that bears could wander onto her street in search of an evening snack.

Over the years, Asheville residents have continually requested the city and sanitation department work toward providing a viable deterance option for bears getting into curbside garbage left out on collection day.

Six months after the release of the first 340 bear-resistant trash carts, Sollenberger says her opinion about the program has changed. This month, she was one of the first to receive her specially designed trash can during the city’s second drop of 300 anti-bear carts.

“After dealing with knocked-over trash cans and trash everywhere, I realized it was absolutely worth the money,” Sollenberger said.

Asheville’s bear-resistant trash cart program provides up to two 95-gallon trash cans per household at a cost of $10 per month with a 12-month commitment. The fee is add to the regular solid-waste fee that is part of every sanitation customer’s water bill.

Trash carts are available on a first-come, first-served basis, with a waiting list established after the supply is exhausted.

“Not only does it mean I don’t have to clean up the messes, but I also don’t have to worry that bears or other wildlife could be harmed by consuming what’s in my trash can,” said Sollenberger. “Plus, purchasing a bear-resistant can is expensive. I’ve heard from others that they’ve spent $100 to $250-plus on bear-resistant trash cans only to have them damaged, stolen or incompatible with the garbage trucks. This takes away that upfront cost and helps to address some of those issues.”

“More than a third of the calls that the North Carolina Wildlife Resources receives about bears statewide come from Buncombe County,” said City Sanitation Manager Jes Foster. “Asheville residents are experiencing an increase in human-bear interactions and there are safety risks associated with these increasing issues.”

When it comes to reducing human-bear interactions, trash issues tops the list. According to Foster, securing garbage is the best way to reduce problems, “eliminate the food source and the bear usually moves on,” she said.

“We knew when we moved (into our neighborhood) that we’d need to secure our cans somehow,” explained Sollenberger. “So we used two bungee cords to strap the lid down. Over time, though, the bungees would stretch and the bears would find a way to get their heads into the cans and pull out the trash. The bears managed to get into our cans at least once every six to eight weeks, resulting in a huge messes. This was especially true if we’d take our cans down to the curb early, since the garbage trucks can’t collect from cans that have been secured using bungee cords.

“One morning, we took the cans down one hour before the garbage truck typically comes through and the bears still managed to get into the cans during that time.”

For Sollenberger, the last straw that led her to place her name on the trash program’s list followed a friend’s visit.

“A couple months ago, a friend was in town and we made sangria to enjoy while she was here. We used the fruit for a couple days and, in the end, we had fruit left over that was starting to spoil. I knew it would be tempting for the bears, so I sealed the fruit within two layers of plastic baggies, which then went into the trash bag that went inside the trash can,” Sollenberger said. “I thought we were safe, but nope. The next day, our can was knocked over and the bears had managed to split open the trash bag inside the can. There was fermented fruit all over the can and the driveway. It was a huge mess, and I have a feeling that the bear did not feel good at all later that day. In fact, we didn’t have our trash disturbed for the next two weeks.”

A resolution approved by the Asheville City Council in November amended the city’s fees and charges schedule to allow the Sanitation Division to provide bear-resistant trash carts.

When the 2021-2022 Operating Budget was approved, Sanitation was able to purchase 300 more carts — all that was available from the manufacturer at this time.

The carts weigh 45 pounds, 10 pounds heavier than the large green trash carts. They are for trash only, not recyclables or yard waste. The carts feature a latch that is designed to stay locked when the lid is closed. The carts open when the trash truck empties them. Residents will need to access the latch to unlock the lid.

Since she’s started using her new trash cart, Sollenberger said she hasn’t had an issue with bears.

“I will say that the lid is noticeably heavier, but that’s not a problem,” Sollenberger said. “It’s a feature, in my opinion, in terms of keeping the smells in and the bears out. In addition, I thought I initially needed two hands to open them (one to squeeze the mechanism and the other to lift the lid) but, nope. I can do it in two steps, which is great for accessibility.”

After using the carts for a while now, Sollenberger said that if she could dream big with the design, she would recommend future carts “Have the option to be smaller, which would be lighter and easier to haul to the curb and have some sort of attached handle that could be used to lift the lid in case someone has limited mobility.”

But don’t get her wrong, Sollenberger said she loves her new cart and wouldn’t trade it for the world.

“I like that my version has a black lid with a bear-related design on it,” she said. “I have to imagine at least some of my neighbors are curious and have looked to see why I have a different type of can than they do. I think it helps raise word-of-mouth awareness for those who haven’t heard about the option in other ways.”

How to Request an Anti-bear Cart

For those interested in ordering a bear-resistant trash cart, call the city’s Sanitation Department at 828-259-5857, or visit ashevillenc.gov/bearcart. Signup for the program requires a form be filled out. Once the city approves funds to purchase additional carts, a third distribution will be scheduled.

“I like that my version has a black lid with a bear-related design on it. I have to imagine at least some of my neighbors are curious and have looked to see why I have a different type of can than they do. I think it helps raise word-of-mouth awareness for those who haven't heard about the option in other ways.”