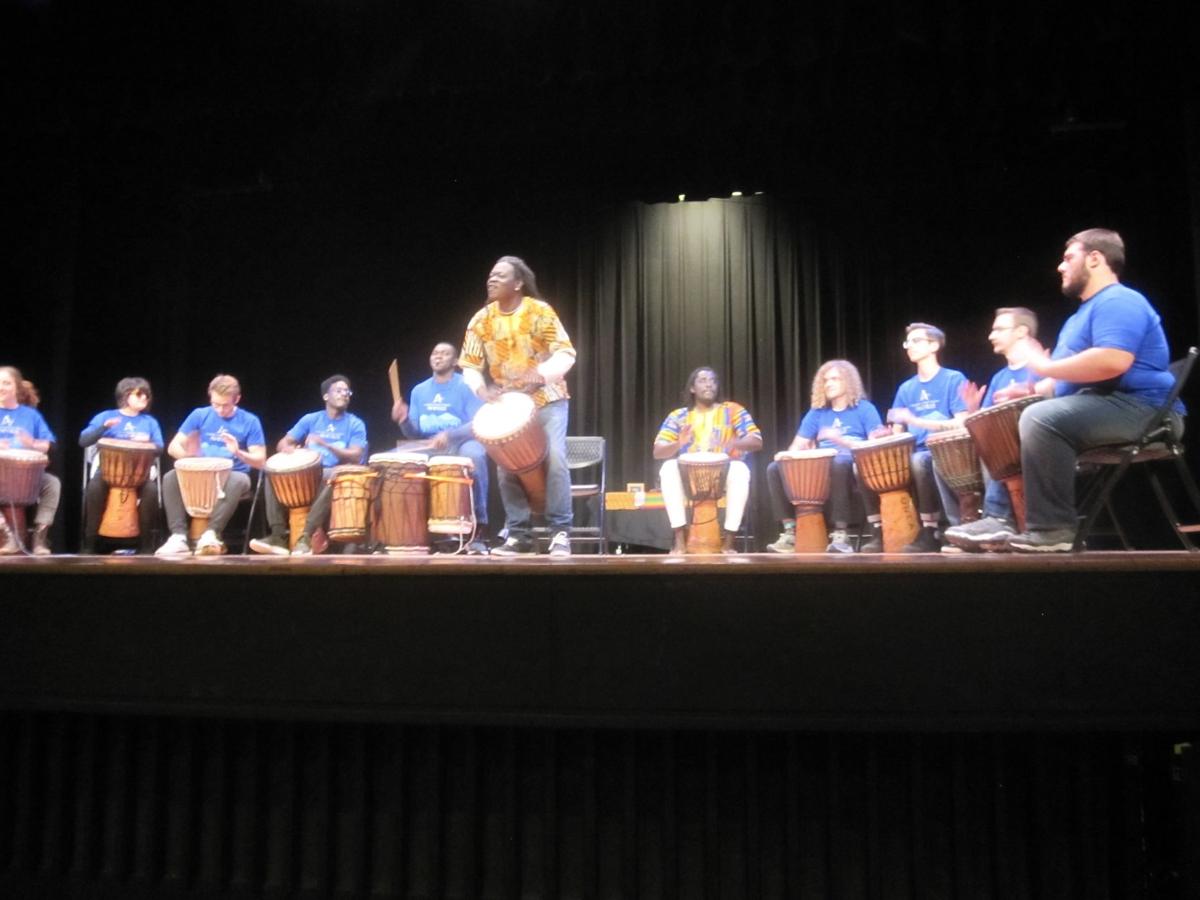 A keynote lecture was recently delivered by Molefi Kete Asante, a leading philosopher and scholar of African American studies, chair and professor of Africology and African American Studies at Temple University.

“They were not the first 20 Africans in the Americas,” Asante said. “There had been Africans in Florida with the Spanish before, and in Haiti. They were brought to Canada, Mexico, Brazil, Argentina, Ecuador, Peru, Columbia — every country in South America — with the possible exception of Bolivia.”

“There begins a list of great men and women who struggled for freedom from the very beginning,” said Asante. “The Black population in our country grew from 20 to nearly 43,000,000, but how did they come, and where did they come from? Who are these people that we call African Americans?”

Asante said that these people came from over 250 African nations, brought across the ocean in slave ships speaking over 250 different languages. The American nation itself was born with some defects, the destabilization and removal of the native peoples and their lands, and the enslavement of Africans. They were not immediately enslaved, they were first indentured. In 1663 there were declarations in the colonies that Africans should not just be indentured, but held in permanent bondage.

Africa is so much more than one country, one set of customs, or one set of traditions.

“Africa is the most diverse continent on the face of the Earth, and all these African ethnic groups were brought to the Americas,”Asante said. “The journey itself was an astonishing experience because it has become an iconic part of our resilience as a middle passage. About 800 to 1,000 people packed into the hold of the ship, with only 18 inches of space.”

Asante said sometimes it would take 50 to 60 days for ships to cross from Africa to the Americas, and a third of the people died onboard the ships. They were typically between 16 to 22 years of age. When people died they were just thrown overboard. Some of the ships had sharks following them because people were customarily thrown into the Atlantic Ocean, and their blood attracted the sharks.

“This is how we got here. Now, there is a certain resilience in the middle passage, but the greater horror was yet to come. Africans were then sold as chattel, something you own as a possession. When you own it you can do anything you want to with it, you can brutalize it, sell it, or pay your mortgage with it. It can be whipped, beaten, raped, or killed.”

How human beings were able to be so resilient, and so capable of dealing with this system, is itself a remarkable epic.

“Africans had to be clever enough to deal with other Africans who didn’t speak the same language, as well as the overseers on plantations and farms. Suppose you had a Swede, a German, a Portuguese, a French, a Hungarian, and an Italian on the same farm, and the overseer was Japanese. You’d have a communication problem. That’s how it was with the Africans.”

Asante said the first genius creation of the Africans here was language itself. How one speaks with all the other Africans, and still speak with the Europeans, and have an understanding.

“That’s why I have always rejected this notion that the language of my ancestors from my home state of Georgia was considered ‘bad English.’ We were not trying to speak English. Our issue was to create a language based on the structure, and the sounds of African languages with enough English lexical items that we could be understood by the Whites as well,” Asante said.

After more than a century, Blacks started the African Methodist Episcopal Church. It was started in 1793, and it’s still around today.

“We had to camouflage our spirituality beneath the Christian veneer,” Asante said. “We practiced what we could, but we always knew something was missing. A majority of us were not allowed to speak about religion, or to perform or practice our own religion.”

For 246 years it was illegal for Black people to play drums. “The African drums could not be played because the White people thought they were talking drums, and they were. When Asante visits his village in Ghana, he knows when his name is being played on the drums. It’s a very powerful, spiritual thing, a part of the spiritual rhythm, a part of the African spirituality that was suppressed.”

Asante compares Germany with America. Germany had a revolution to extinguish the Nazi regime. America had a civil war.

“It is against the law to do or say certain things in Germany, but we could never do that here because we have freedom of speech,” Asante said. “At the end of the Civil War we did not get rid of the iconic images of the Confederacy, or the attitudes. Don’t ever say that the African people were given freedom in the Civil War, because we had 186,000 African people fighting during the Civil War, with a majority fighting for the Union side. We fought for our freedom. That was another part of our resistance.”

In the final analysis, African Americans have expanded America. The African American experience has been crucial, and not just in its contributions and achievements which have been magnificent for a people who have had to work against such incredible odds.

“Charles Bolden, the leader of the NASA program for nearly 25 years was African American, but most people don’t know that because our education keeps us divided. Yet the joy of the American nation, the difference between America and any other nation that I can think of is the tremendous talent of all the different ethnic populations in this country,” Asante said.