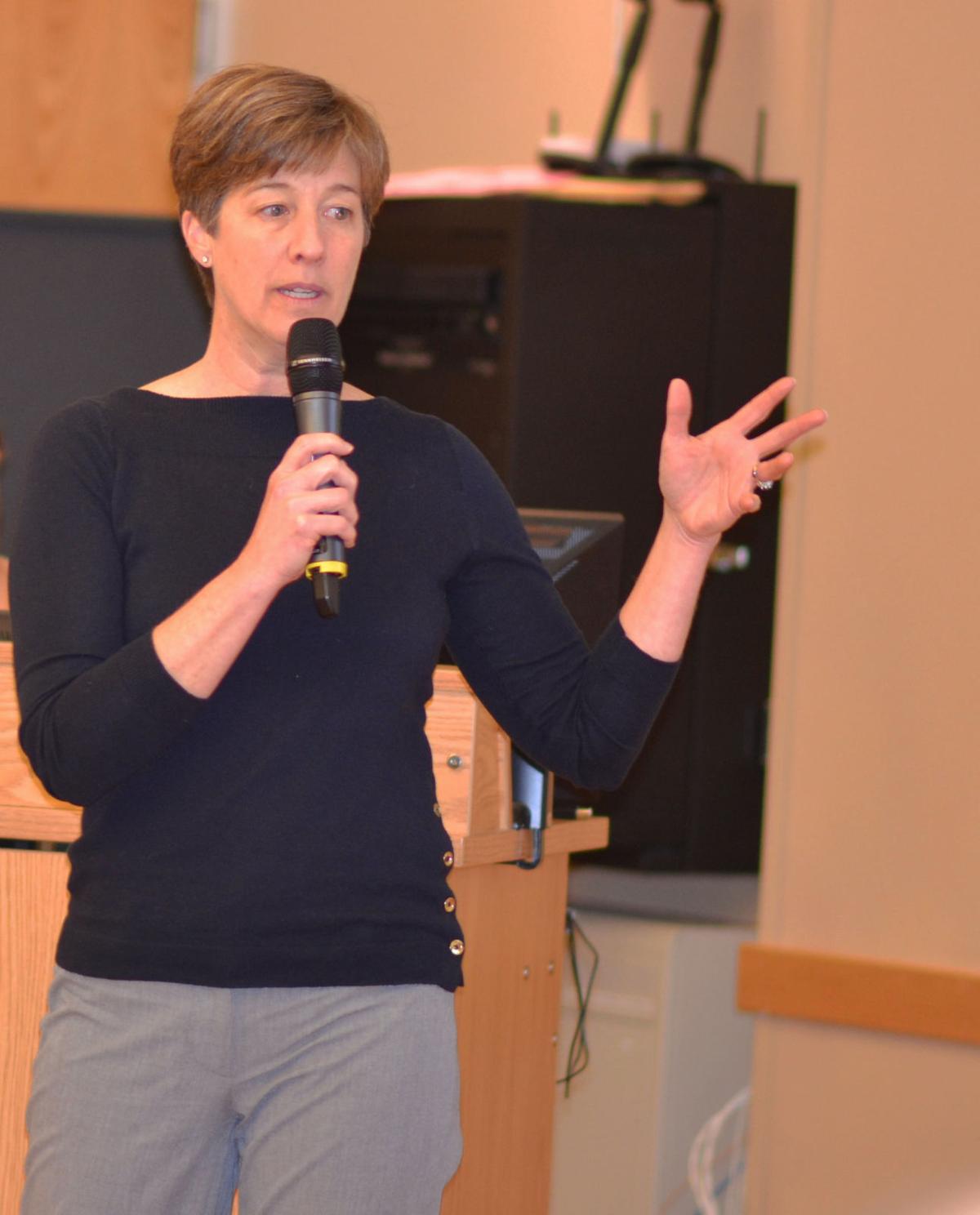 Asheville City Councilwoman Julie Mayfield speaks on environmental efforts at a presentation sponsored by the Osher Lifelong Learning Institute at the University of North Carolina Asheville. / Photo by Sandy Barnes 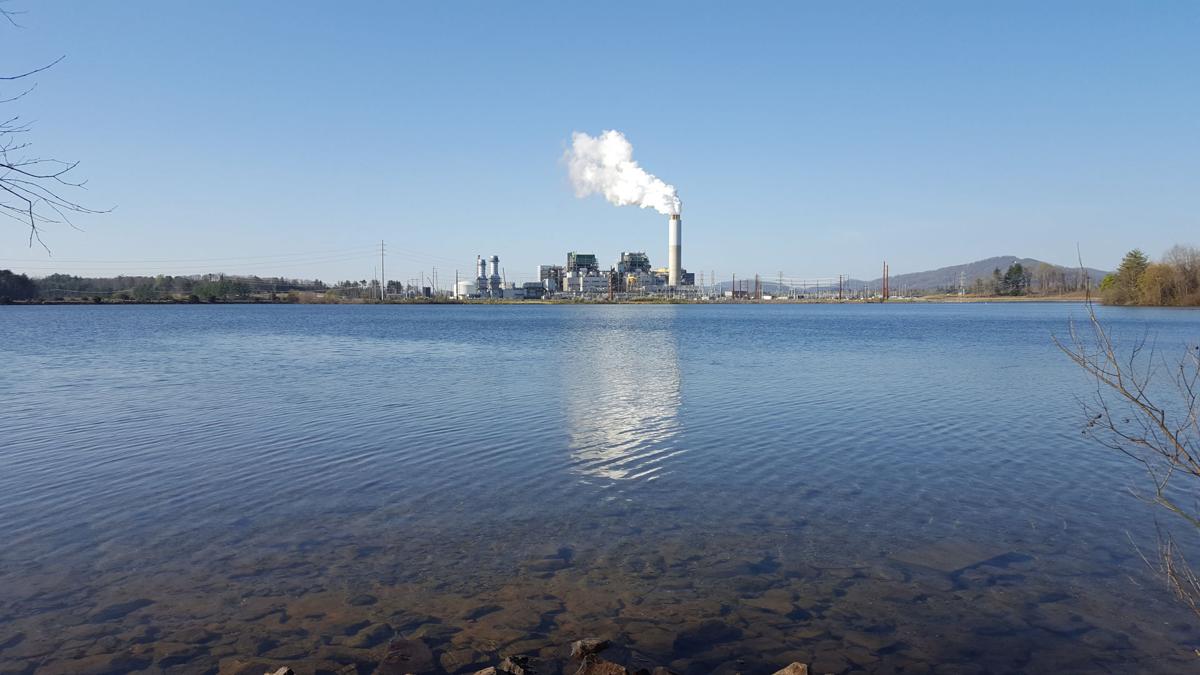 The coal fired plant at the Lake Julian site of Duke Energy Progress is being closed. 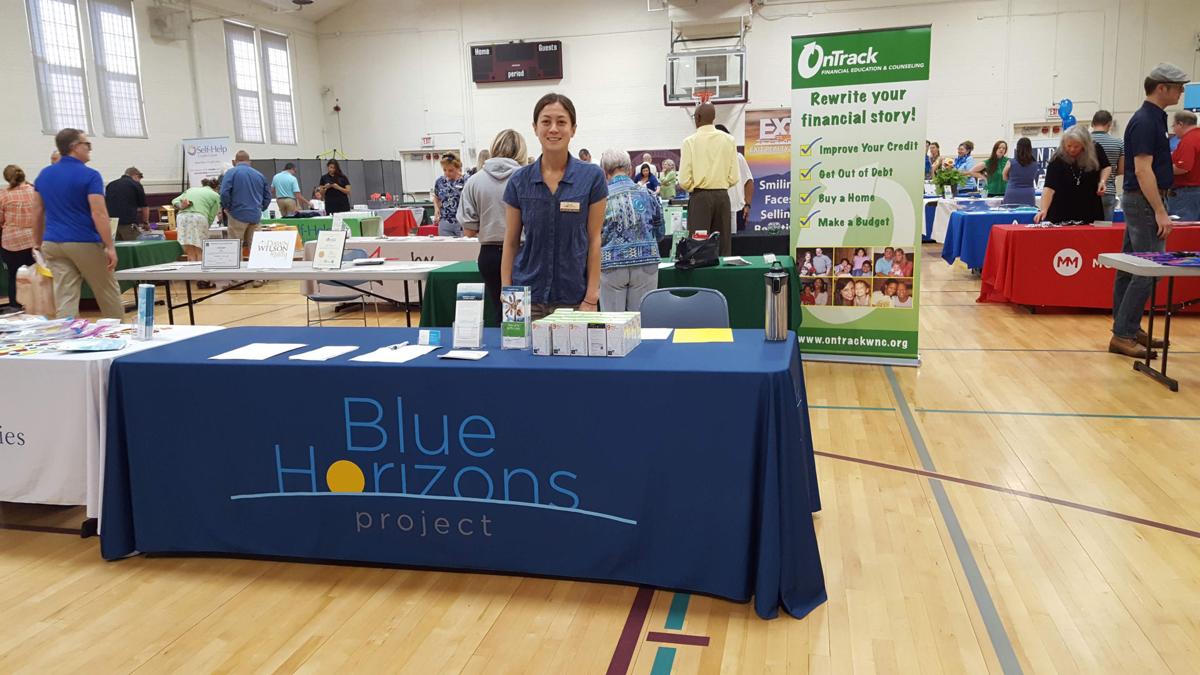 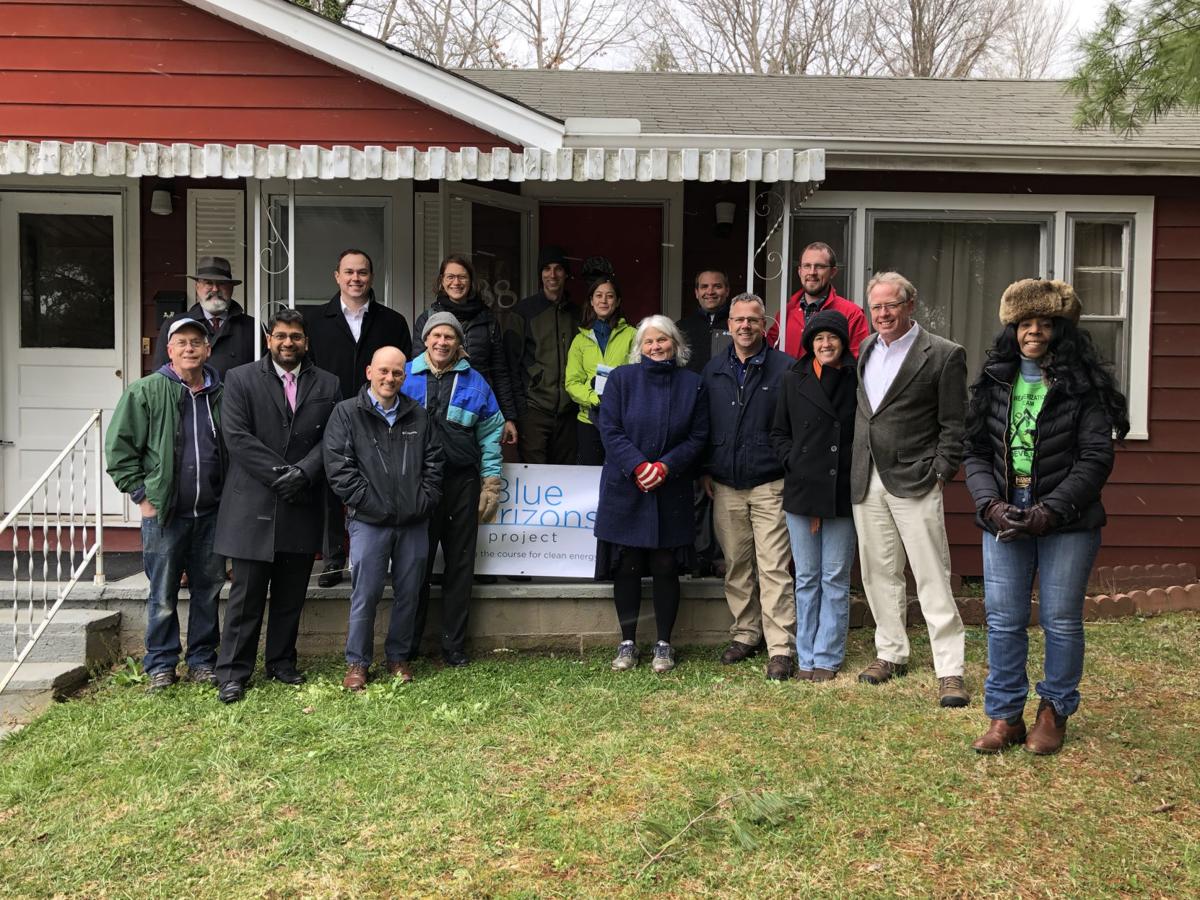 This group of people helped coordinate the formation of the Blue Horizons Project.

Asheville City Councilwoman Julie Mayfield speaks on environmental efforts at a presentation sponsored by the Osher Lifelong Learning Institute at the University of North Carolina Asheville. / Photo by Sandy Barnes

The coal fired plant at the Lake Julian site of Duke Energy Progress is being closed.

This group of people helped coordinate the formation of the Blue Horizons Project.

Asheville City Councilwoman and environmental advocate Julie Mayfield pointed to recent success in working with Duke Energy Progress during a presentation at the University of North Carolina Asheville Jan.17.

Through collaborative community efforts with the Energy Innovation Task Force and area environmental groups, Duke Energy has backed away from its plan to build another power plant in Asheville, which was intended to meet peak energy demands, Mayfield said.

The energy company also is in the process of closing the coal-fired unit at its Asheville generating plant beside Lake Julian, she noted.

Along with other environmentally concerned people, Mayfield plays an active role in local efforts. She is a member of the Energy Innovation Task Force comprised of the City of Asheville, Buncombe County and Duke Energy and also serves as co-director of MountainTrue, an area environmental organization.

And she is involved with the Blue Horizons Project, which was formed through the EITF as a means of enlisting community support and providing information on energy efficiency.

“We knew we needed to create a campaign to engage people,” Mayfield said. “The human element is absolutely critical.”

Blue Horizons Project Coordinator Sophie Mullinax said that a current challenge in the Asheville community is that less than 10 percent of eligible customers are participating in energy reduction programs such as the one that Duke Power offers.

By reducing electrical energy usage, the high demand that often peaks in cold winter months can be reduced—helping residents with their electric bills and the environment.

An issue in the Asheville area is that many residents rely on electricity for heating their homes, Mullinax said. Many homes are warmed with electric heat pumps, which are not particularly energy efficient, she said.

Working with the Blue Horizons Project, Duke Energy offers an EnergyWise program designed to help customers use less energy, particularly at peak times when demand is high. A prime reason that the power company was planning to build the new plant was to provide extra service during high-demand times, Mullinax explained.

For low-income residents, there is also a program through the Energy Savings Network in which Blue Horizon participates that is designed to help make homes more energy efficient, Mullinax said. By adding insulation and weather stripping to homes, less energy can be used to heat them and electrical bills can be lowered.

The long-range solution for many environmentalists focused on the effects of energy consumption is a transition to renewable energy sources.

“The goal is to move our local energy systems away from fossil fuels and toward a cleaner, more affordable source of energy, and to use energy as efficiently as possible,” Mayfield stated. “We still face the threat of climate change, and people want Asheville and Buncombe County to be leaders in addressing it.”

And at existing coal-fired power plants, the amount of coal ash accumulating at their sites—including the one at Lake Julian—has been an ongoing source of environmental concern and legal disputes, one of which recently was resolved in a settlement.

The power company also has agreed to build a permanent lined landfill to store hazardous coal ash that has been accumulating at the Asheville site where it could leach into the lake and streams.

However, implementing these environmental measures could lead to a rate hike for Duke Energy customers.

This past September, Duke Energy Carolinas filed an application with the North Carolina Utilities Commission requesting authority to increase its rates for electric service to produce an additional $445.3 million in retail base revenues.

The additional revenue is needed to fund the cost of coal ash removal and permanent storage, as well as replacing and upgrading generation plants and other infrastructure, a press release from the utilities commission stated.

For a residential electric customer using 1,000 kilowatt-hours per month, the current monthly bill of $102.71 would increase to $108.43 under company’s proposal, according the statement.

For more information on the EnergyWise program of Duke Energy Progress, visit the website www.duke-energy.com/EnergyWise or call 866-541-8886.

Mullinax and Mayfield spoke at an event sponsored by the Osher Lifelong Learning Institute at the Reuter Center of UNCA.