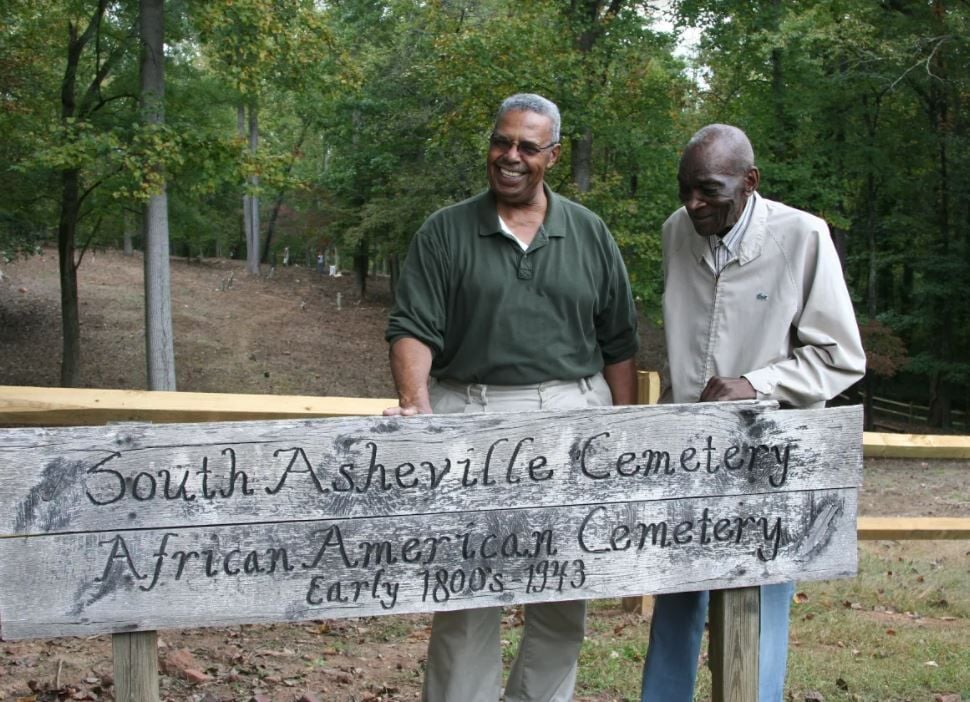 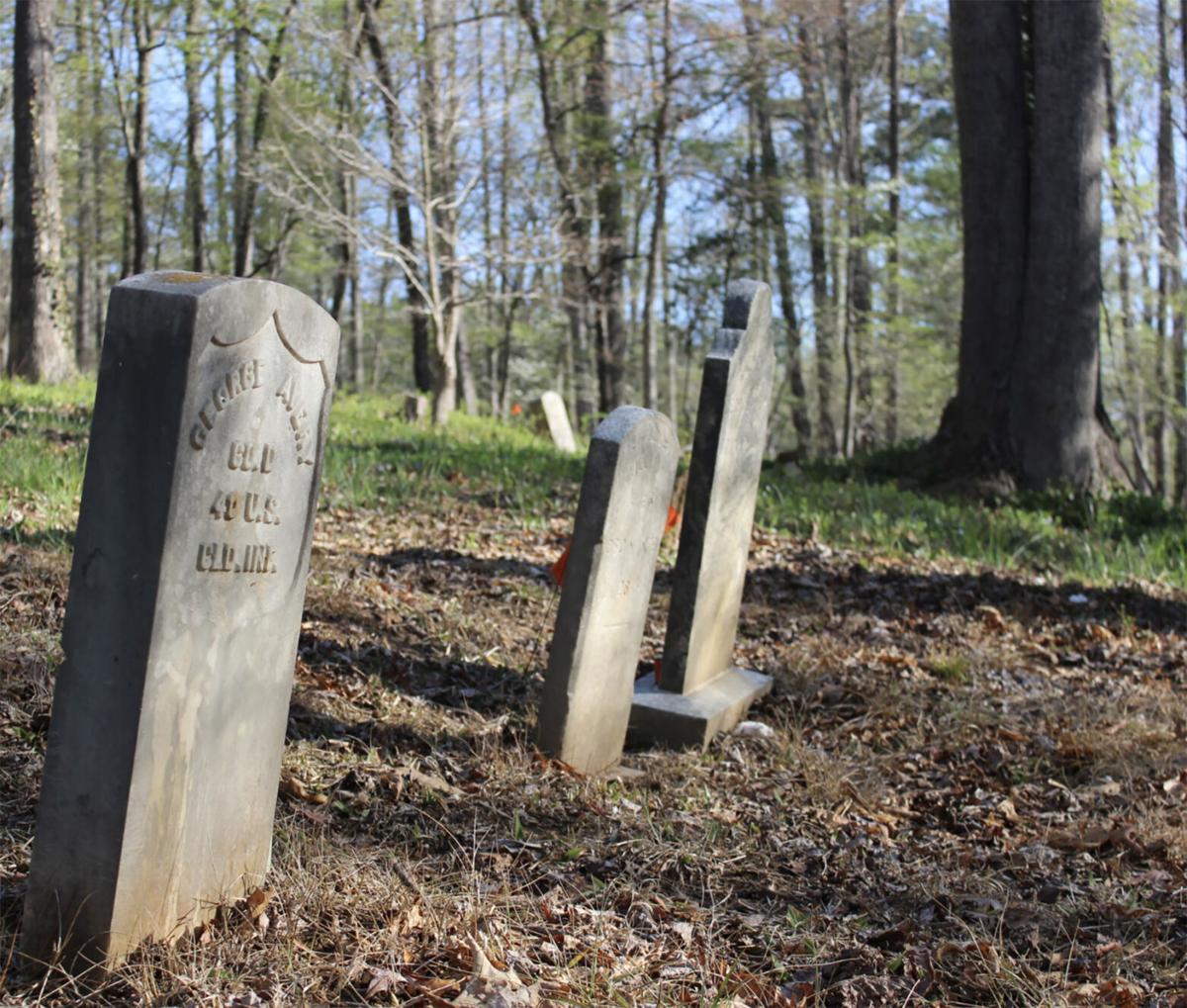 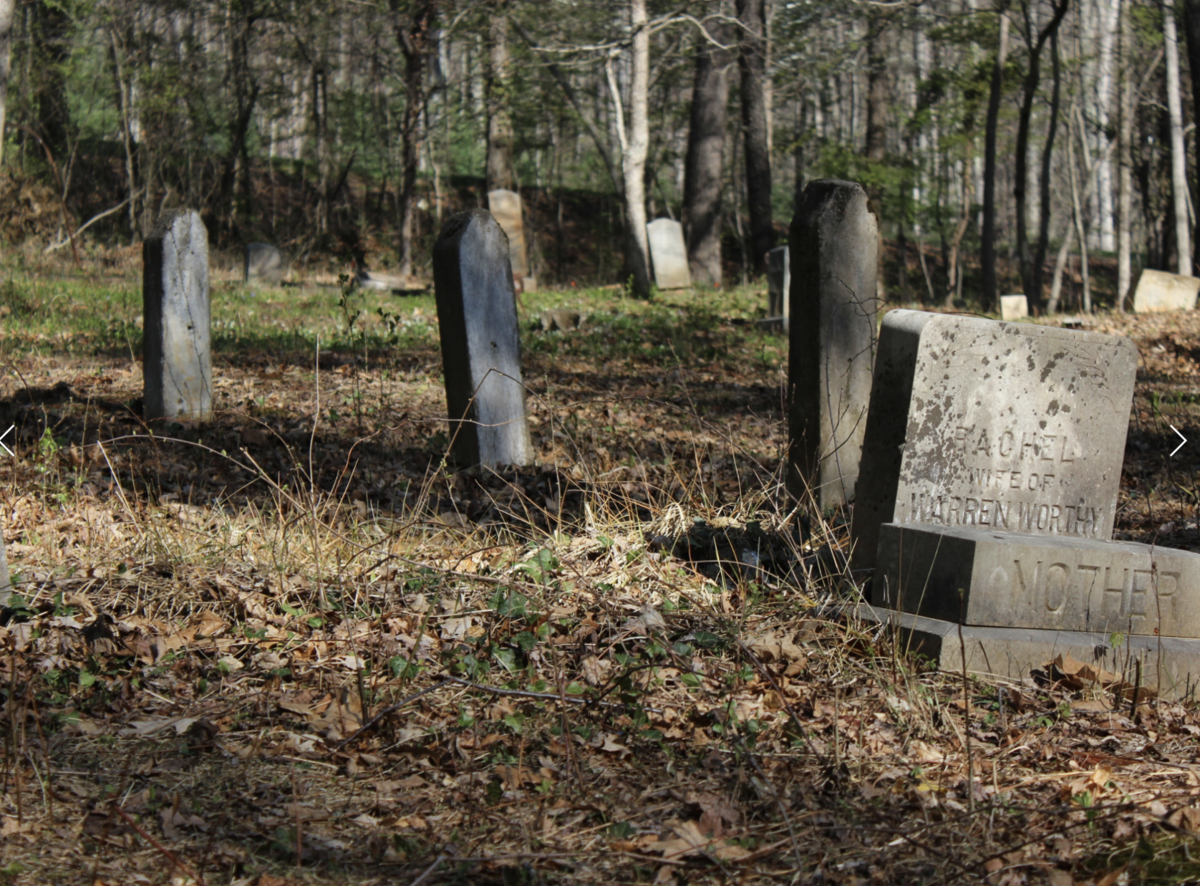 South Asheville Cemetery, 200 Dalton St., is home to nearly 2,000 graves, many of which are unmarked. Less than 100 graves are marked with a headstone. 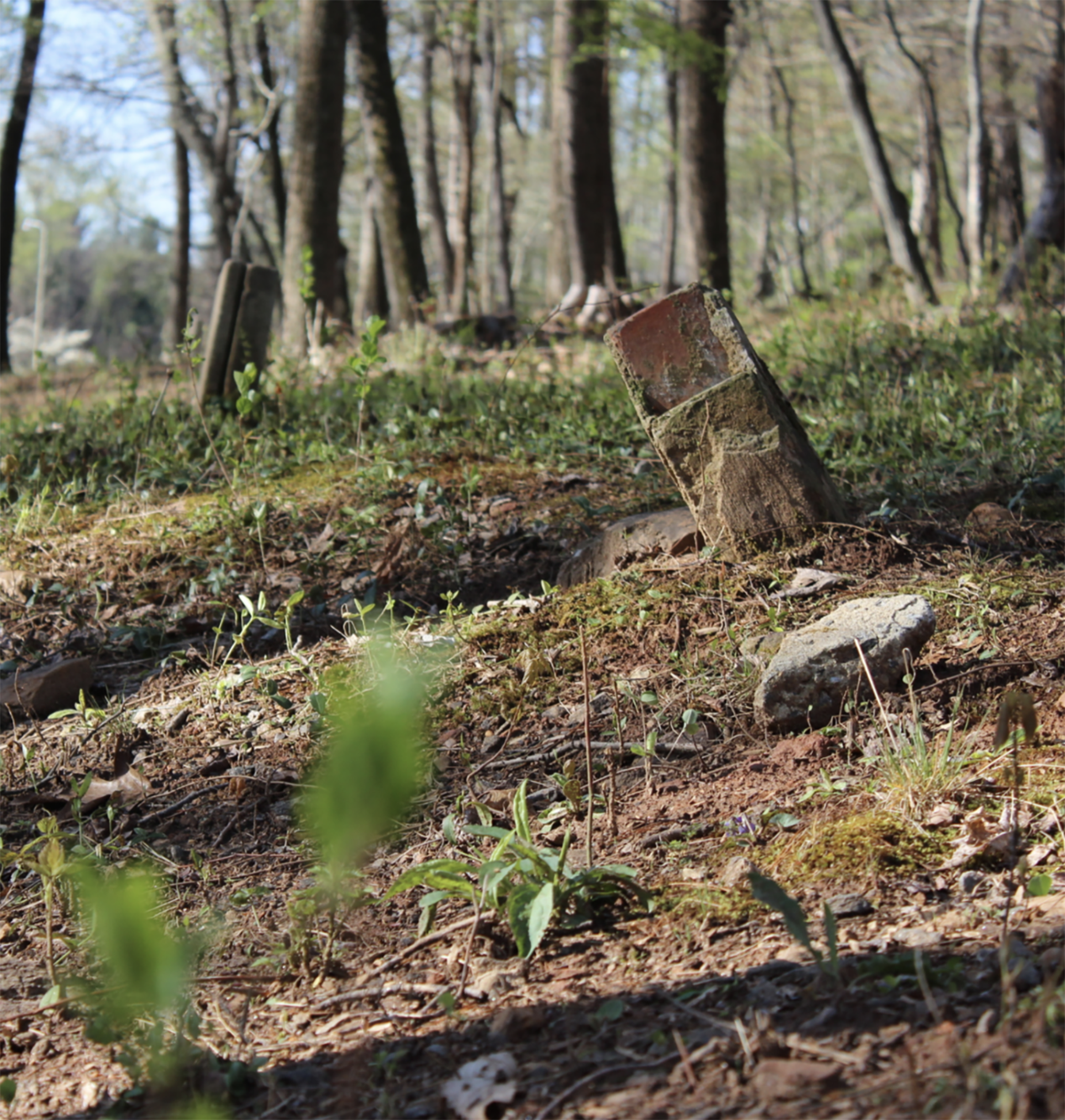 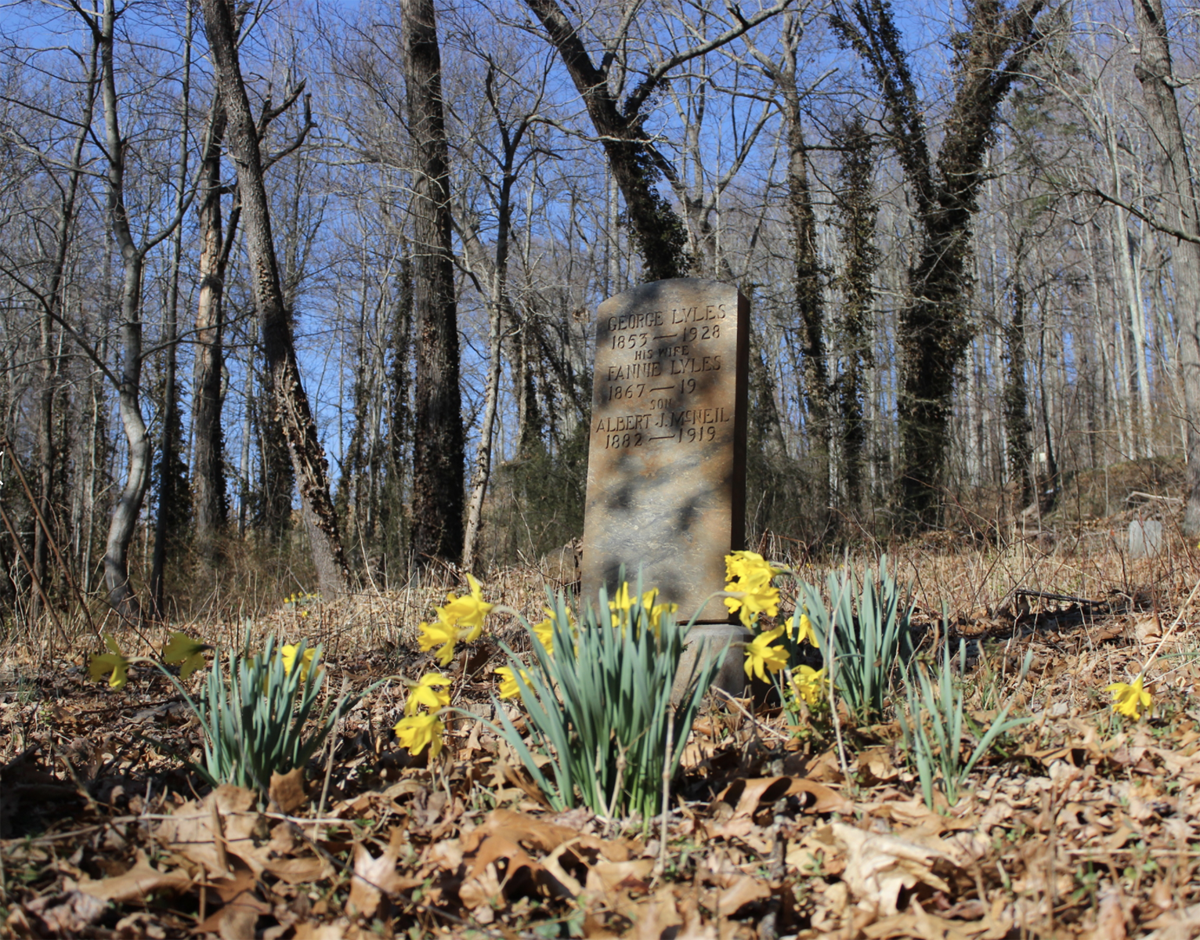 South Asheville Cemetery, 200 Dalton St., is home to nearly 2,000 graves, many of which are unmarked. Less than 100 graves are marked with a headstone.

The two acres that make up the South Asheville Cemetery, 200 Dalton St., in the city’s historic Kenilworth neighborhood are a place of calm and beauty in 2021. However, that has not always been the case with the slice of landscape that was set aside as a graveyard for slaves in the mid-1800s.

For more than a century and a half, the ground there has witnessed much activity, coming to receive nearly 2,000 graves, many of them unmarked. When the cemetery was active, up until 1943, caretakers kept little to no records of who was being interred within its borders.

In fact, much of the knowledge of who was buried in a grave and its location existed only in the memory of longtime volunteer George Gibson, who is 93 years old.

Gibson, who has lived in the area all of his life, started working in the cemetery when he was 12 years old. Growing up, he spent a lot of time in the public cemetery, either carrying bodies to their final resting places or digging graves.

But it was has been his latest effort, however, one that started in the 1980s as the so-called caretaker of the grounds, for which the city’s Historic Resources Commission chose to honor him and his longtime friend George Taylor for. The pair’s dedication to starting a restoration effort of the oldest African American cemetery in the region is the quintessential reason why such an award exists.

In addition to paying tribute to the two men during a May 22 celebration, the HRC announced that it is submitting a nomination for the South Asheville Cemetery to be considered for a designation on the National Register of Historic Places.

South Asheville Cemetery was designated as a local historic landmark in 2008.

“National Register decisions are not made by the HRC,” said Alexandra Cole, urban planner II with the Historic Preservation Commission. “But they advise whenever one is being proposed in Buncombe County.”

The criteria to be considered for a National Historic designation are numerous, added Ellen Holmes Pearson, Ph.D, and a professor of History at the University of North Carolina-Asheville.

“We received a grant from the Preservation Society of Asheville and Buncombe County to hire a consultant to complete the application,” she said. “We anticipate that the N.C. state organization will make a decision in June, and then if we are successful on the state level, it will go to the national organization, with a decision in the fall of 2021.”

While that is great news for Asheville and the residents of Kenilworth, for Olivia Metz, Gibson’s oldest daughter, said “We owe it to these people. They are due this honor. They are due this time. This is all that we can offer them. This is the only way we can help now is to make sure they have a clean, respectable place to rest.” (Metz’s statement was excerpted from the same video posted on SAC’s website).

“On Saturday, about 100 people turned out to show their support and to honor Mr. G and Mr. Taylor. That is amazing,” said Pearson. “Mr. G continues those efforts today as a member of the SACA board. We are over the moon that the HRC chose to honor Mr. Gibson and the late George Taylor for all of their preservation efforts over decades.”

In talking about the tremendous amount of work it has taken to bring South Asheville Cemetery to its current appearance, Pearson explained that there is so much work left to be done.

“The people who rest there helped to build Asheville and Western North Carolina, with their intellect, their skills, their sweat, their blood. They raised families and built homes, churches, businesses here. For many years, you couldn’t even tell there was a cemetery there, it was so covered with ivy, brush, kudzu, etc. It has taken 24 years to get this far, and it has been amazing to see how diverse communities such as St. Johns A Baptist Church, the Kenilworth Residents Association, UNC Asheville, Warren Wilson College and many other groups have come together to help uncover the cemetery and its stories.”

During the worst months of the COVID-19 pandemic, Pearson said volunteers could not attend work days. However, now that many restrictions have been lifted, volunteers are getting back to work.

“Now we can hold community work days, tours and other events in the cemetery,” Pearson said.

For more information on South Asheville Cemetery or to volunteer, contact Pearson at epearson@unca.edu.