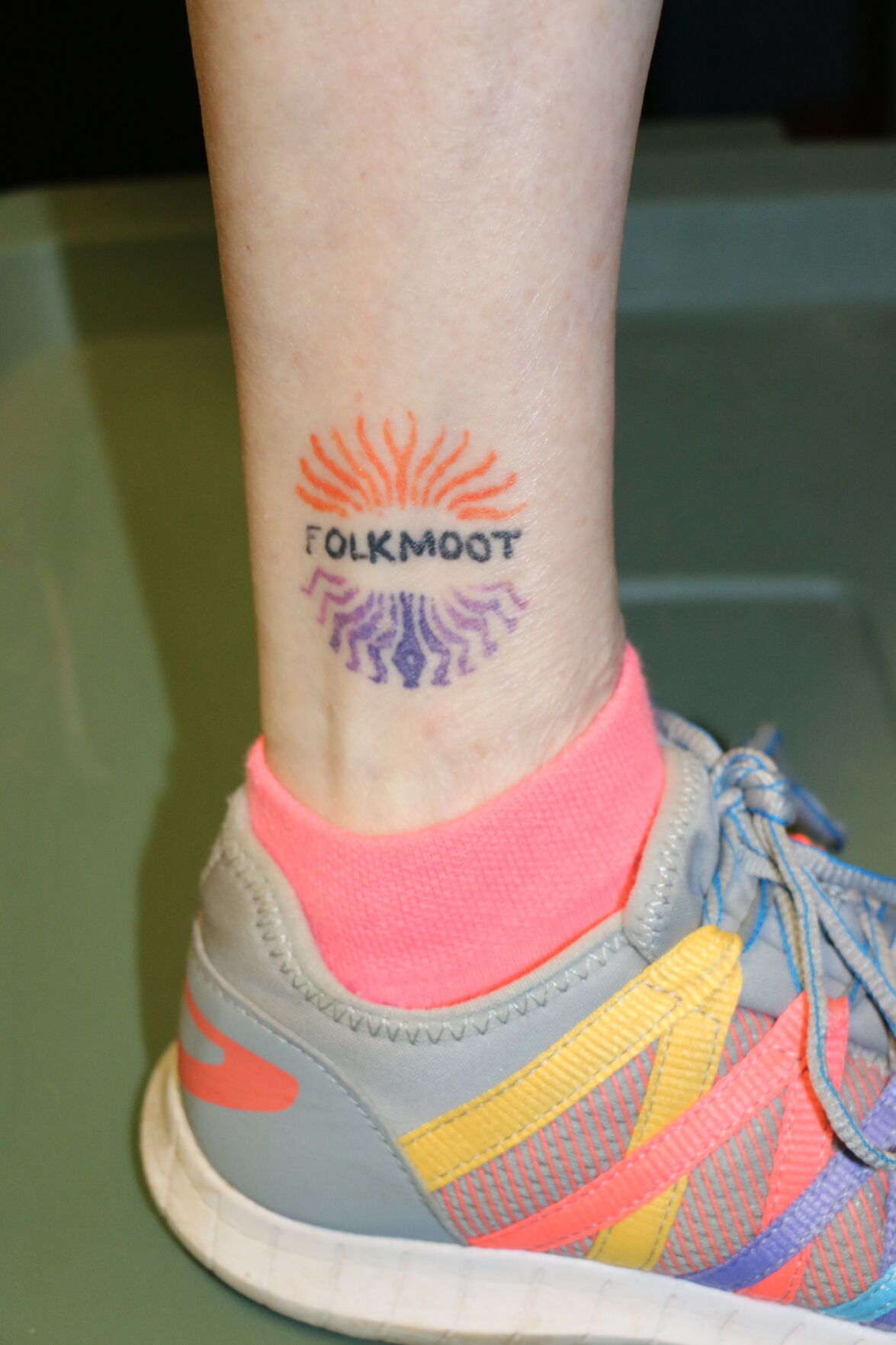 Folkmoot volunteer Vivian Poppas is so devoted to the organization she had the logo tatooed on her leg. 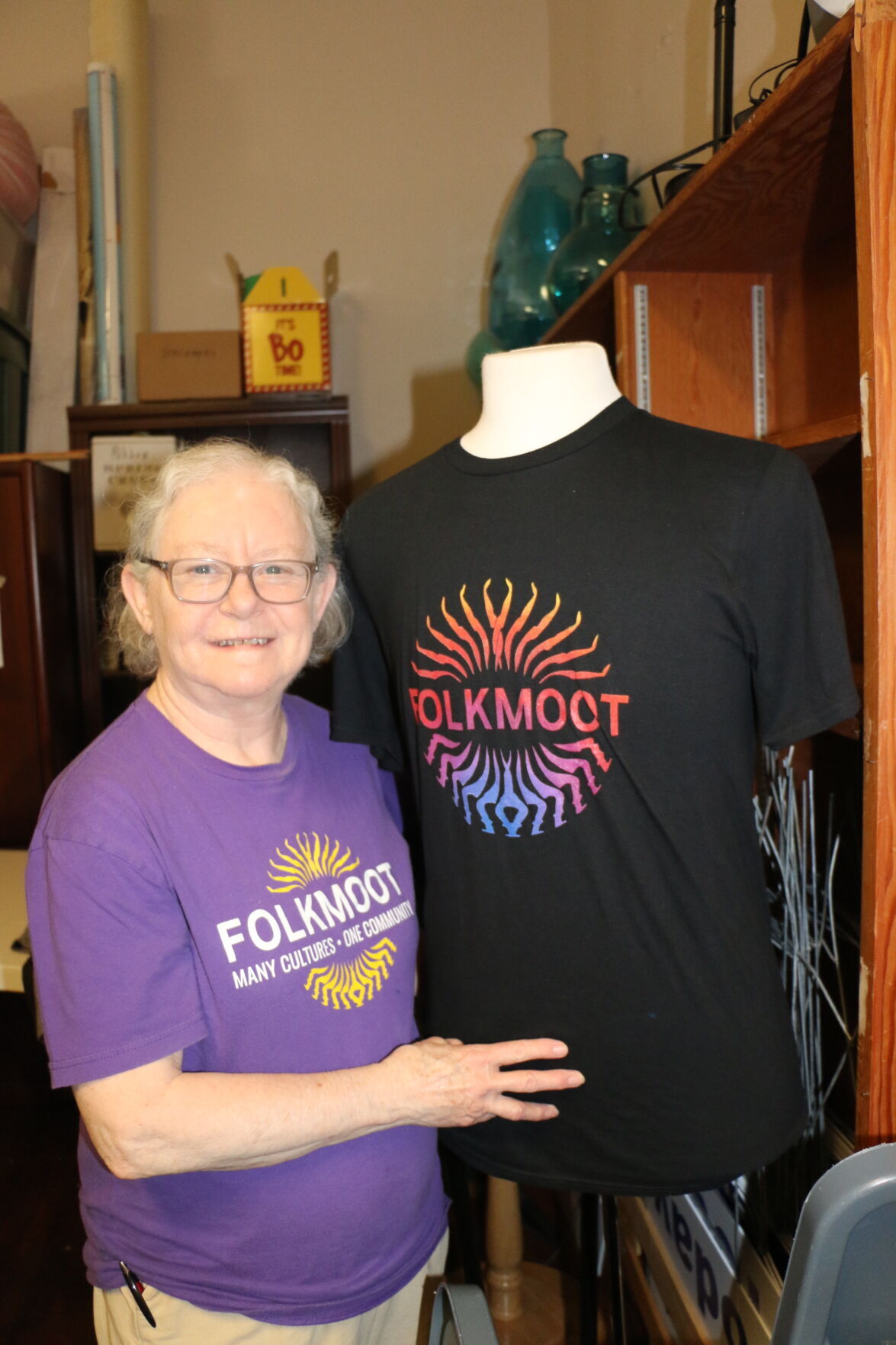 Folkmoot volunteer Vivian Poppas has been helping out since the organization began. 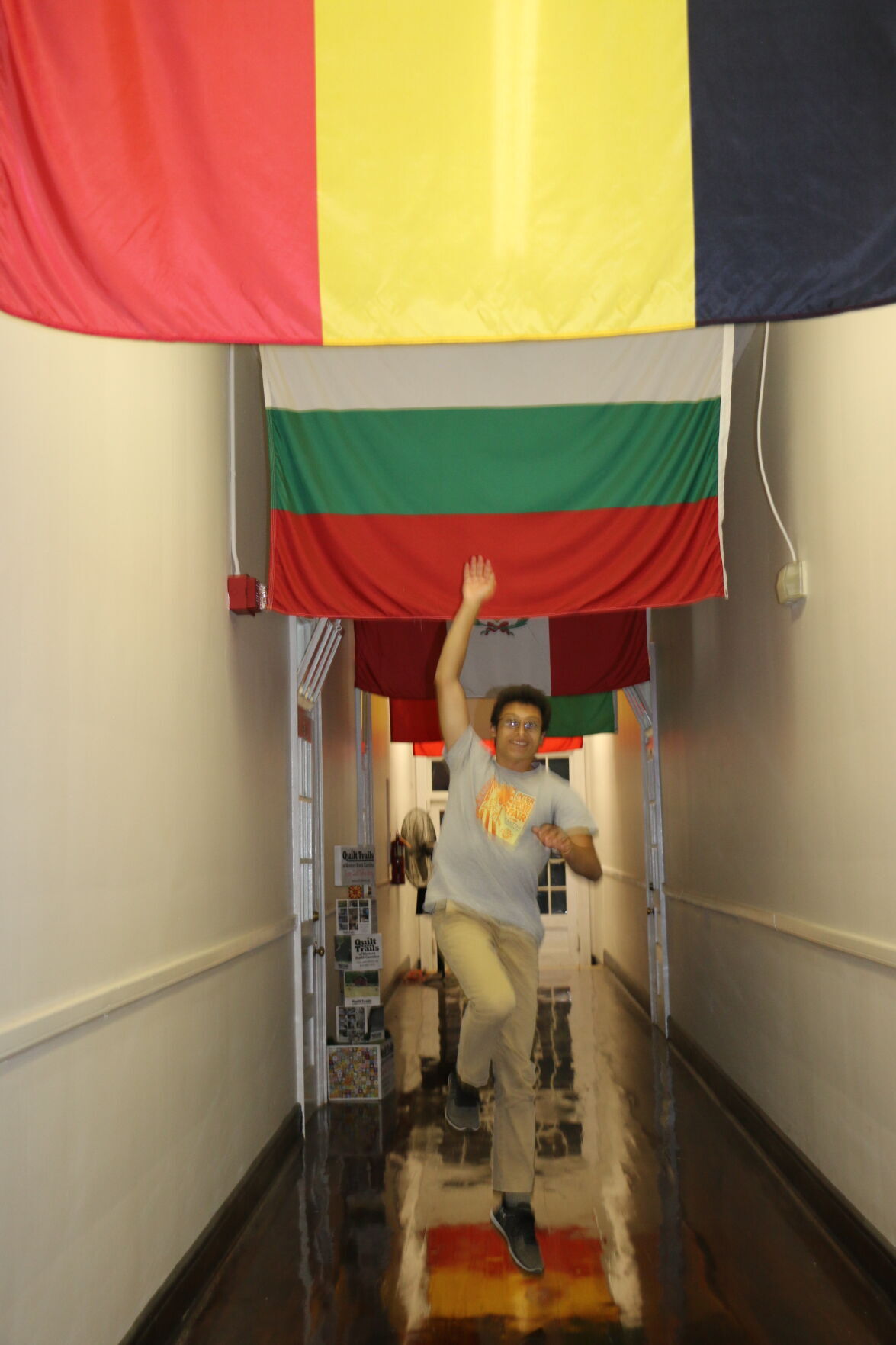 Folkmoot intern Waleed Kahlio is shown with flags in the Friendship Center’s hallway representing the cultures that will be represented at this year’s festival. 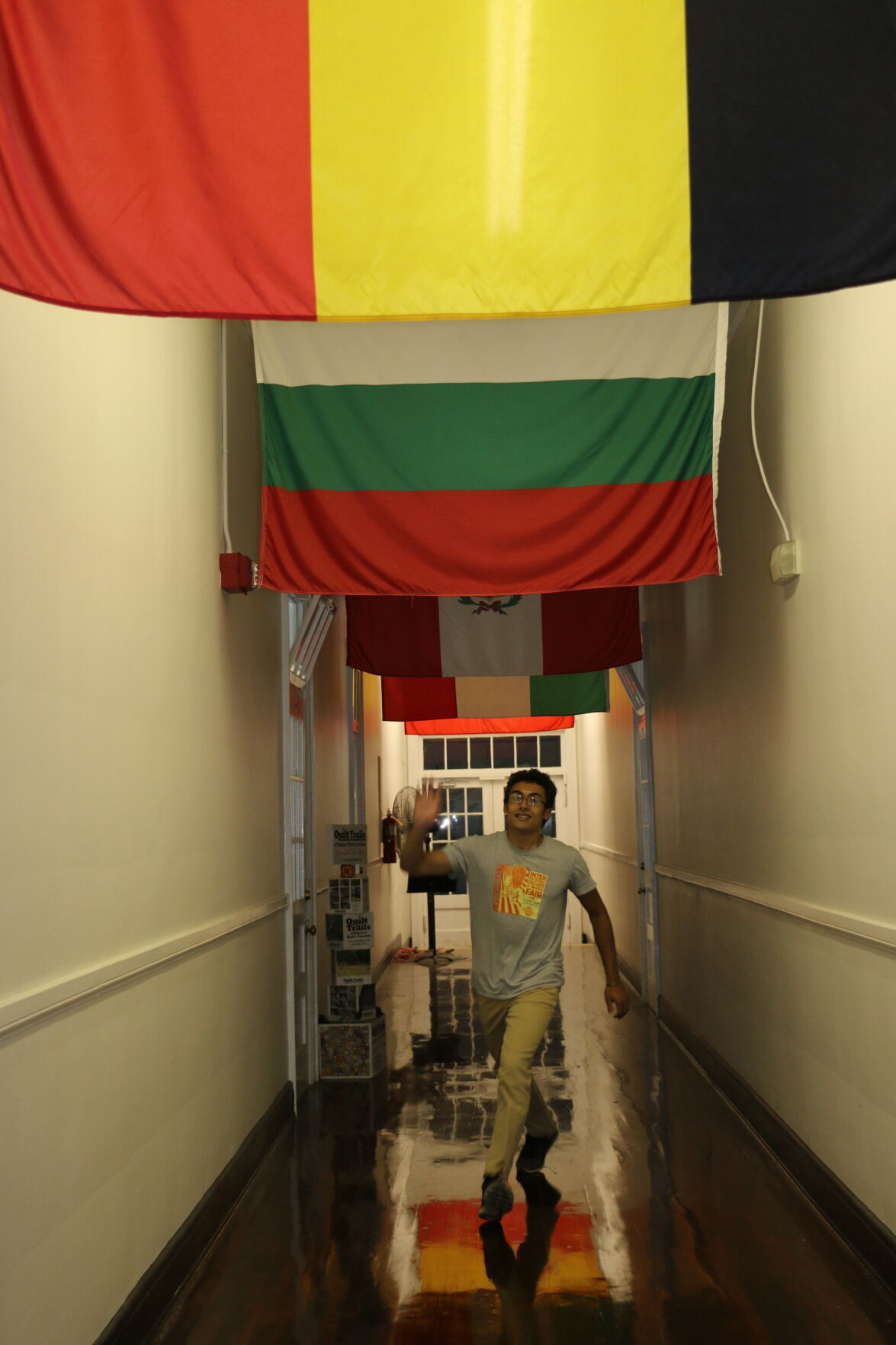 CENTER IS READY — Folkmoot intern Waleed Kahlio is shown with flags in the Friendship Center’s hallway representing the cultures that will be represented at this year’s festival. 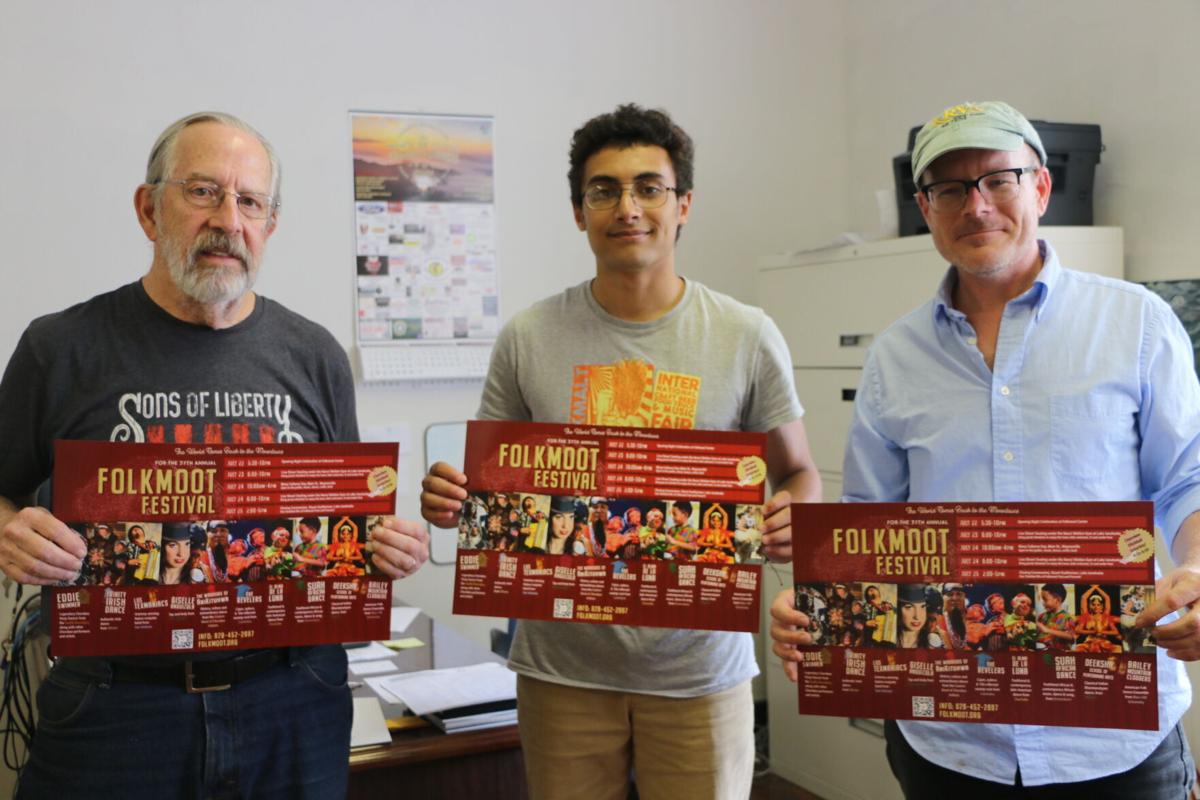 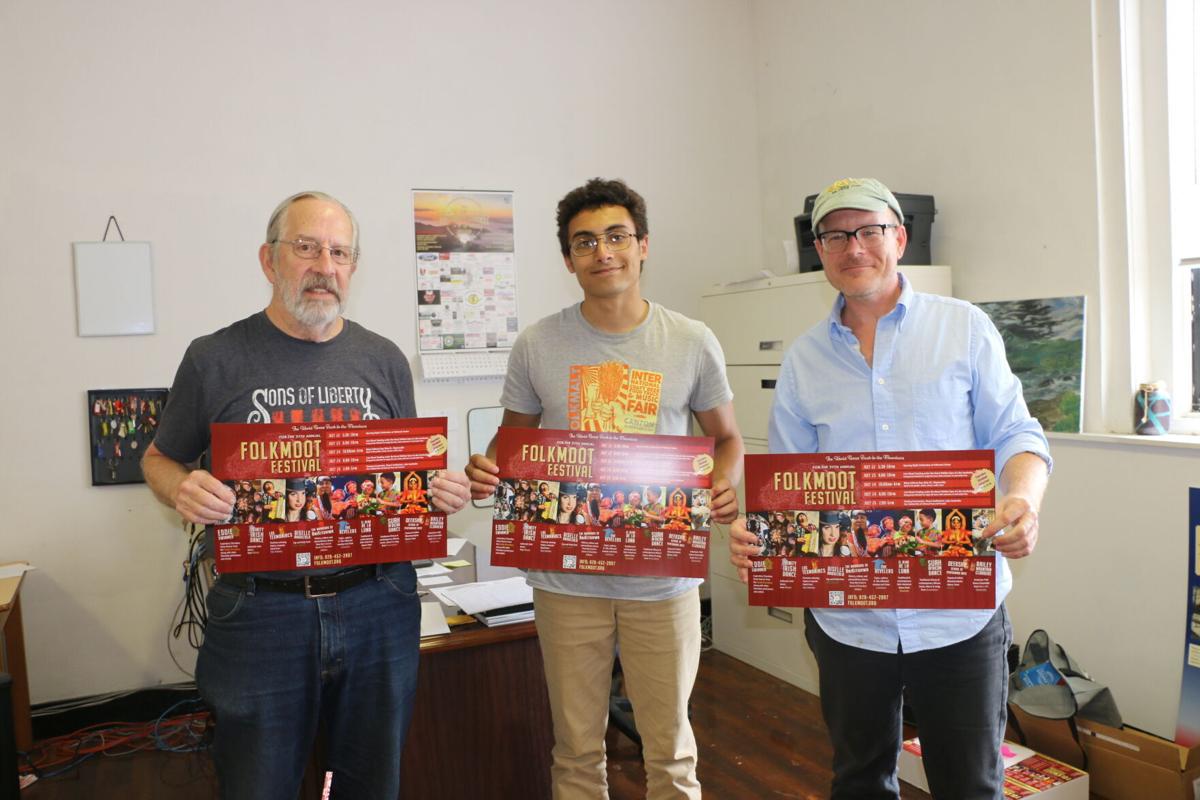 Folkmoot volunteer Vivian Poppas is so devoted to the organization she had the logo tatooed on her leg.

Folkmoot volunteer Vivian Poppas has been helping out since the organization began.

Folkmoot intern Waleed Kahlio is shown with flags in the Friendship Center’s hallway representing the cultures that will be represented at this year’s festival.

CENTER IS READY — Folkmoot intern Waleed Kahlio is shown with flags in the Friendship Center’s hallway representing the cultures that will be represented at this year’s festival.

Like many things that have changed post-COVID, this year’s Folkmoot USA event in Waynesville will be far different than in past years.

The event that was typically 10 days with performances across the region has been reduced to four days this year, and events will be held at Lake Junaluska and the Folkmoot Friendship Center. While there were 300 performers at the 2019 festival, this year’s event will feature 100.

“We’ve found everything is about a third of what it was in the past,” said Glenn Fields, Folkmoot’s new executive director.

The reasons behind the change are two-fold: Bringing in global visitors during a time COVID-19 is still out there isn’t feasible. Plus, pandemic restrictions have decimated the organization’s finances.

Because most of this year’s visiting groups are local, the number of individuals staying at the Folkmoot Friendship Center will be greatly reduced, especially since some groups will be commuting to the performances since they live nearby.

“Some groups will be spending the night, but not every group will be staying every night,” Fields said.

That helps keep costs down. Because all the performers speak English, there will be no need for interpreters, as much food as before or the need to provide transportation.

“Like many organizations, we survived because of PPP and the EIDL loan,” said Mike McLean, organization finance manager. “The money we do have was spent on groups, staging lights and publicity.”

One area where there won’t be a diminishing need, however, is for volunteers.

“I’ve found that the number of volunteers is always less than you need,” said Fields, a Louisiana native who is both a performer and a seasoned festival director.

The organization is currently recruiting volunteers for virtually every task that needs to be handled during a festival. Those interested can sign up online at folkmoot.org or call 828-452-2997.

Fields praised volunteers like Vivian Poppas who work tirelessly for the organization.

Poppas has spent many a summer since the 1980s volunteering with Folkmoot in virtually every capacity there is.

As a school bus driver during the school year, she was often tapped to transport international visitors to performances or destinations where they could enjoy all that Western North Carolina has to offer.

“I’ve been a guide, worked with operations, volunteered in the cafeteria, done laundry, handed out brochures,” she said. “You name it, and I’ve done it.”

Besides enjoying the dancing and music, Poppas particularly enjoys the sharing of cultures that occurred during Folkmoot.

“I tell people I get to travel the world every year and never leave home,” she said.

Poppas is such a Folkmoot fan that she even had the organization’s logo tattooed on her foot, right over her outside ankle.

This year’s Folkmoot USA event runs from July 22-25. There will be no opening day parade in Waynesville, but International Festival Day, now dubbed Many Cultures Day, will offer a downtown experience for all with performers, food and beverage trucks, an arts and crafts tent and artisan vendors.

Fields said tickets for the opening gala are nearly sold out, and that ticket sales for other performances have been brisk.

“We’re thankful for our sponsors for this year’s event, and we’re close to hitting our goal,” Fields said.

Despite the changes, the community’s response to this year’s festival has been great.

“Everyone has been very positive,” Fields said. “They are excited to see it back. What’s amazed me is that sponsors have not just committed, but are paying within a week or two.”

People have been calling the Friendship Center out of concern about what the organization has been through over the past 18 months.

“One person said it best,” Fields said. “‘Now more than ever, we need to look out for our neighbor.’”

Fields said year-around events will be held to help support the organization.

“Year-around programming is the plan,” he said. “We need to raise revenue to keep the ship afloat. Depending on one event is unsustainable.”