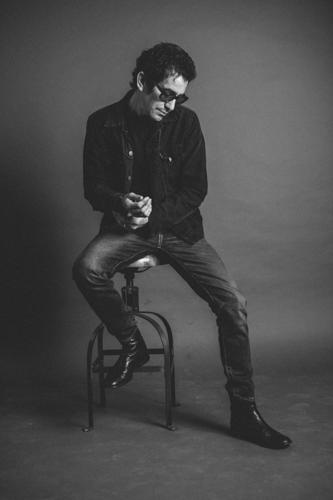 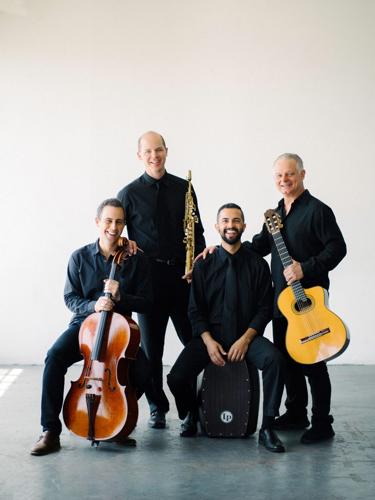 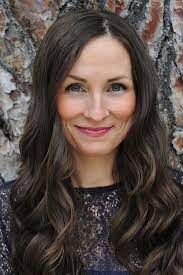 The Wortham Center for the Performing Arts in downtown Asheville has announced a full lineup of world-class companies and performers for its 2022/2023 season, which runs from Sept. 2022 through May 2023.

This season’s lineup brings a wide range of top touring artists in music, theater, dance, comedy and other performing arts, as well as ancillary classes, workshops and events. Throughout the nine-month season, the Wortham Center will present a total of 44 performances from 23 artists. An additional 12 performances from nine artists make up this season’s Student Series, which provides school groups and families with the opportunity to see world-class works of art.

The theatre offers flexible, multi-show discount packages starting with as few as three performances. Multi-show packages are available only through the box office, either in person or by calling 828-257-4530. New this year are Season Subscriptions, with the biggest discount of 28% off ticket prices, plus no processing or building operations fees. Details available by calling the box office.

The season kicks off with Croce Plays Croce (Sept. 10). A.J. Croce, son of late singer-songwriter Jim Croce, performs his father’s beloved tunes — from “Operator” to “You Don’t Mess Around with Jim” to “Time in a Bottle,” written for A.J. — mixing in his own arrangements and songs that influenced both musicians.

Blending original bluegrass compositions with folk songs of centuries past, Appalachian Road Show (Oct. 8) brings together Grammy-winning artists who share the same pursuit: to bring to light the culture and lifestyle of Appalachian music.

Then, get ready to laugh and think at Robert Dubac’s “The Book of Moron” (Oct. 15). Having been brainwashed by a culture that worships the Kardashians over character, delusion over truth and selfies over self-effacement, comedian Robert Dubac finds himself stuck in a coma of stupidity.

With enchanting, crystalline vocals, Gaelic singer Julie Fowlis (Oct. 19) is an unforgettable force in folk. Perhaps best recognized as the singer behind the soundtrack of Disney Pixar’s “Brave,” an Oscar-, Golden Globe- and BAFTA-winning animated film set in the ancient highlands of Scotland, Julie is a proud standard-bearer for Gaelic music and culture.

Using mesmerizing rhythms, jazzy interludes and lightly rumbling percussion motifs, Quarteto Nuevo (Nov. 4) creates enchanting soundscapes that fuse different cultures, past and present, around the world. Merging multitudes of musical styles — from western classical to eastern European folk, Latin to jazz, and traditional influences from both India and Mexico — this ensemble packs a punch on a global scale.

Next, a local and beloved holiday tradition returns for its 20th season, ushering in the winter season with a world-class display of Appalachian, Celtic and world-influenced folk. This year, A Swannanoa Solstice (Dec. 18) welcomes back Robin Bullock, Josh Goforth, Zoe & Cloyd, Phil Jamison, E.J. Jones, and host Doug Orr.

Starting off 2023 with a bang: Travel down the rabbit hole with ALICE presented by MOMIX (Jan. 20-21), inspired by “Alice in Wonderland.” Full of psychedelic imagery and absurd logic, ALICE allows the imagination to run and play, raising the bar with stunningly surreal theatre magic that transforms performers’ bodies before your very eyes.

Upon entering The Comedy Zone (three weekends: Jan 27-28, Feb 24-25 and May 5-6) be prepared to laugh, as some of the hottest stand-up comedians of today deliver witty one-liners, preposterous punchlines and hysterical anecdotes.

This irreverent and hilarious troupe Les Ballets Trockadero de Monte Carlo (Feb. 14-15) dances the line between drag and ballet as the divas and cavaliers of this all-male company blend their expert knowledge of ballet with a comic approach, proving that men can, indeed, dance en pointe.

The Seamus Egan Project (Feb. 24) has influenced the Celtic genre in ways that few contemporary artists can match. Through his latest self-titled touring project, Seamus and his band explore the further reaches of the Celtic tradition, blazing at spectacular speed through Irish reels, while also taking on compositions that enrich the culture’s ancient melodies.

Set to a pulsating rhythm of drums, boleadoras and zapateo, the force and energy of the Malambo — a traditional Argentinian dance of virility and skill — Malevo (March 3-4) awakens the senses and gets adrenaline pumping.

Next, Naturally 7 (March 18) is more than just a group of singers: It’s pure magic. Transforming their voices into living musical instruments, the singers effortlessly perform music of any genre, from Michael Bublé to Diana Ross, Stevie Wonder to Coldplay, Lionel Richie to Ludacris.

Experience musical creativity with no bounds. Blind since birth, Raul Midón (April 15) lives in a world of sound, singing with the passion of the best classic soul singers and playing guitar with the instrumental chops of history’s most accomplished jazz musicians.

Stewart/Owen Dance (April 21-22), a nationally renowned company, led by a husband-and-wife duo, brings an exciting collection of contemporary choreography that’s as “sensual” (Washington Post) as it is “humorous, elegant, and wild” (Seattle Dances).

Then, take a tip from The Bitchy Waiter Show (April 26-29). After waiting tables for nearly 20 years, one-of-a-kind comedian Darron Cardosa created a blog to release his frustrations about the industry: Writing stories on the Internet, he explained, seemed better than attacking annoying customers with a fork.

Closing out the season, American Patchwork Quartet (May 18) merges its members diverse backgrounds and talents to reimagine timeless songs from America’s past. By weaving the music, stories and experiences of many cultures into a beautiful musical tapestry, these Grammy-recognized artists draw connections between the nation’s contemporary culture and its immigrant roots, celebrating all that makes us different through the songs that bring us together.

The Wortham Center for the Performing Arts, located at 18 Biltmore Ave. in downtown Asheville, is a three-venue performing arts complex, encompassing the 500-seat Diana Wortham Theatre, with its exceptional acoustics and sightlines, the 100-seat black box theatre, Tina McGuire Theatre, and the multiuse Henry LaBrun Studio, designed for special events and workshops.

For more information on the season or to purchase tickets, call the theatre’s box office at 828-257-4530 or visit worthamarts.org.