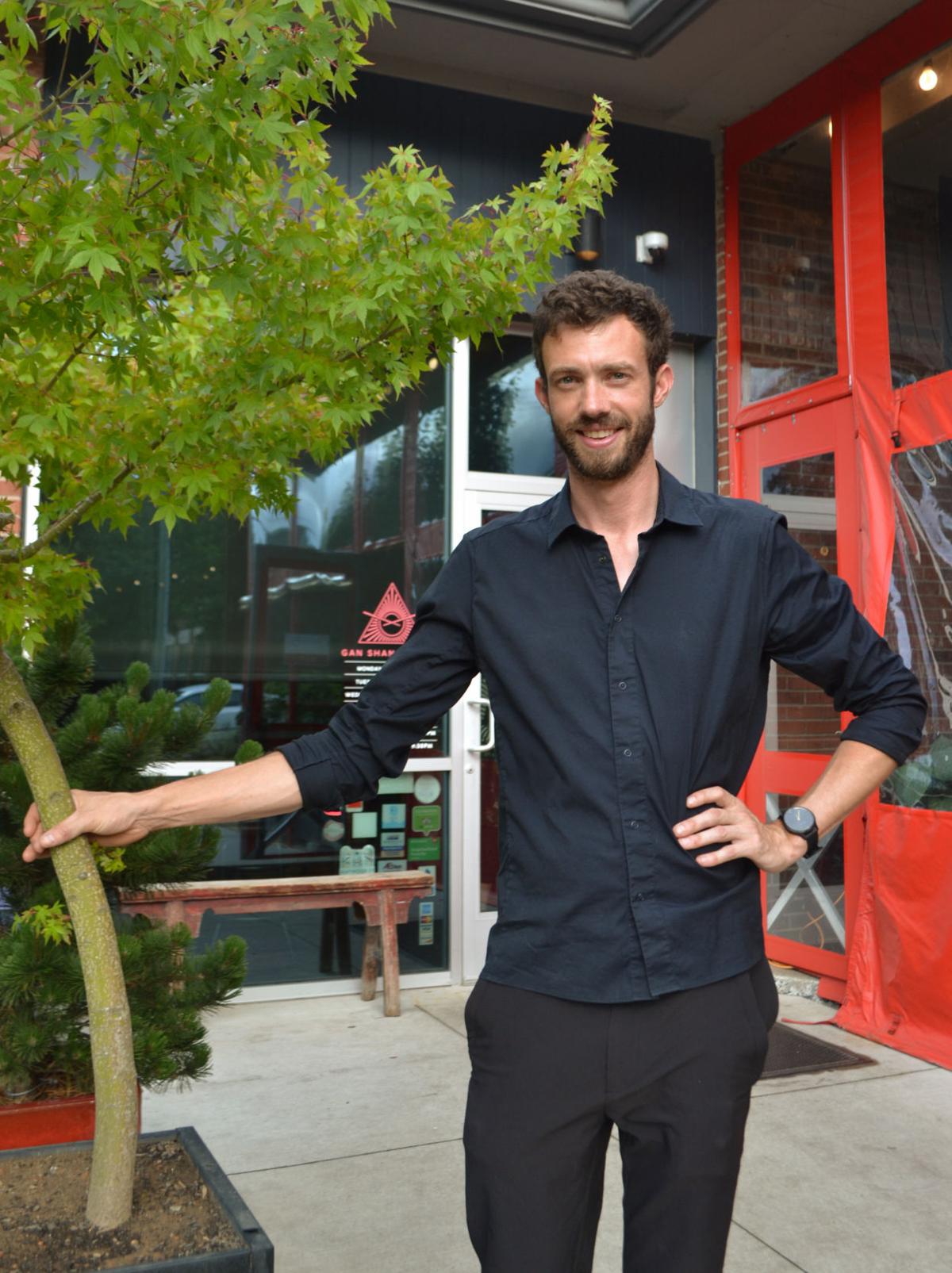 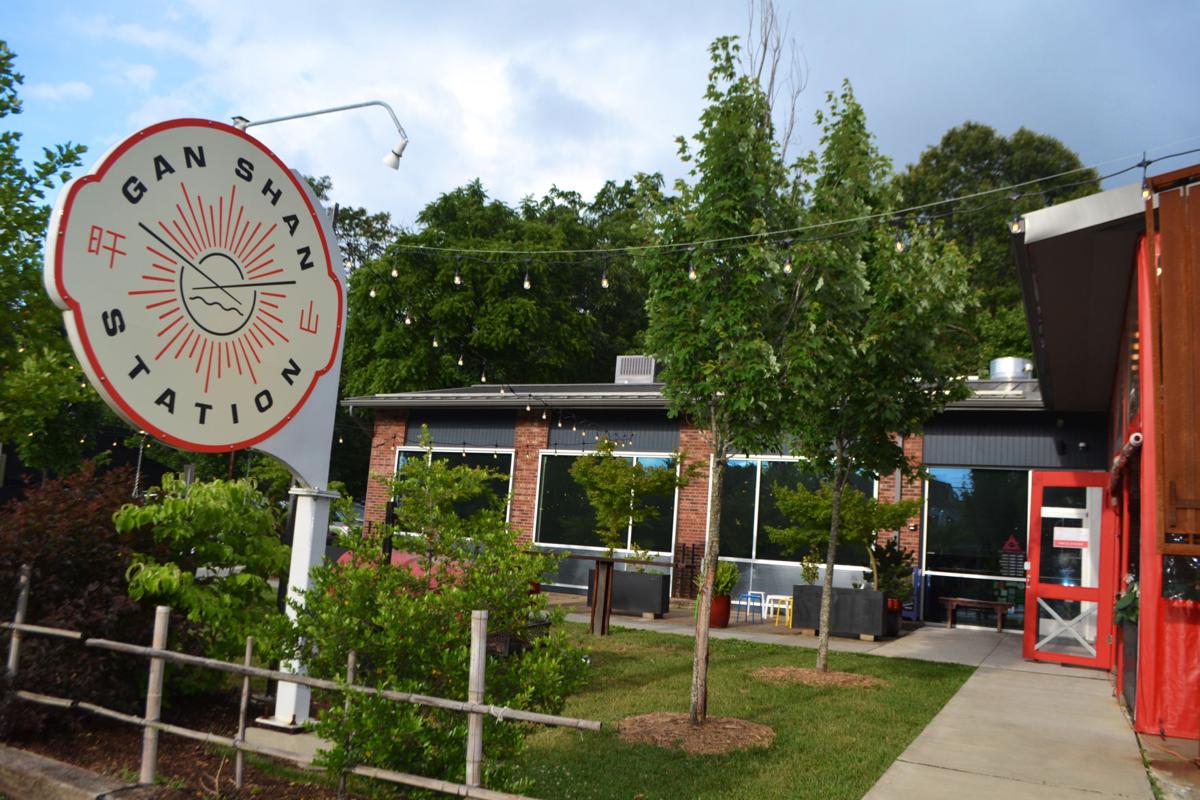 Gan Shan Station is on the site of a former gas station that was in business for nearly 70 years in Asheville. / Sandra Barnes photo

Gan Shan Station is on the site of a former gas station that was in business for nearly 70 years in Asheville. / Sandra Barnes photo

Patrick O’Cain and Eric Scheffer, two longtime Asheville residents and driving forces in the culinary scene, describe this transition as meant to be.

“The timing couldn’t be more perfect, for all of us,” said Scheffer.

The two men have a long, established history as friends and mentors: Scheffer first met O’Cain through a mutual friend many years ago in Charleston when O’Cain was working at McCrady’s Restaurant.

“We were seated by the window, having dinner, and Patrick came out and we met for the first time,” says Scheffer. “When Patrick moved back to Asheville to open his new venture we began building our friendship and mentor relationship.”

Meanwhile, O’Cain was starting to develop the menu and vision for what would become his first restaurant concept: Gan Shan Station. O’Cain started visiting with Scheffer, focusing their conversations around the new Asian restaurant: the challenges, opportunities, and details of running a successful operation.

“Eric guided me through the process of opening a restaurant. He taught me the importance of asking the right questions at the right time and connected me with many others in the Asheville restaurant community,” said O’Cain. “From there we developed a friendship and when I needed to, I would reach out to him so we could get together and talk through it.”

Patrick O’Cain opened Gan Shan Station in late 2014 at 143 Charlotte Street, in the renovated Gulf gas station. Over the years, the restaurant received local and national acclaim, earning nods from Conde Nast Traveler, Bon Appetit, Wall Street Journal, Zagat, Architectural Digest, and USA Today. O’Cain then opened a second, streamlined location, Gan Shan West, in fall 2017. As the second location was establishing itself, O’Cain hired friend and former colleague, Will Cisa, as Chef de Cuisine at Station. Will has been leading the team on Charlotte Street with adventurous payoffs, such as redesigning the dinner menu and spearheading the popular 4-week Vegan Vietnamese popup last November.

“The space, neighborhood, outdoor lawn and patio on Charlotte Street, are perfect for the concept,” Diaz remarks. Jettie Rae’s will offer seafood classics such as fresh oysters, fish sandwiches, po boys, lobster rolls, as well as burgers and fried chicken. Guests can expect Oyster Roasts, Crawfish Boils, Clam Bakes and other fun events throughout the year on the lawn and patio.

What’s notable here, too, is not only the passing of the torch, but the fact that Gan Shan Station’s Chef de Cuisine Will Cisa will stay on board as Jettie Rae’s Executive Chef and lead the new seafood oyster house.

“In Yiddish, we call it bashert, or destined to be,” says Scheffer. “Will is a perfect fit.”

Cisa, who was born and raised in Charleston and grew up on the water, has an affinity and a passion for coastal seafood. The opportunity to bring his passion to Asheville and to team up with Scheffer is a natural progression of his culinary career. Cisa’s experience includes working for Mike Lata at FIG during its first four years, where he rose to the position of sous chef. He also lent his culinary talents at Xiao Bao Biscuit, where he met O’Cain.

Cisa’s philosophy of seafood can be summarized as: simple, clean, true to itself, and true to technique. “We don’t want to complicate things. We want to do honest food really well,” he says.

Gan Shan Station will operate normal business hours now until Jan.31. The space will then close for renovations and staff training. Jettie Rae’s Oyster House is slated to open sometime in April. For updates, visit www.jettieraes.com.