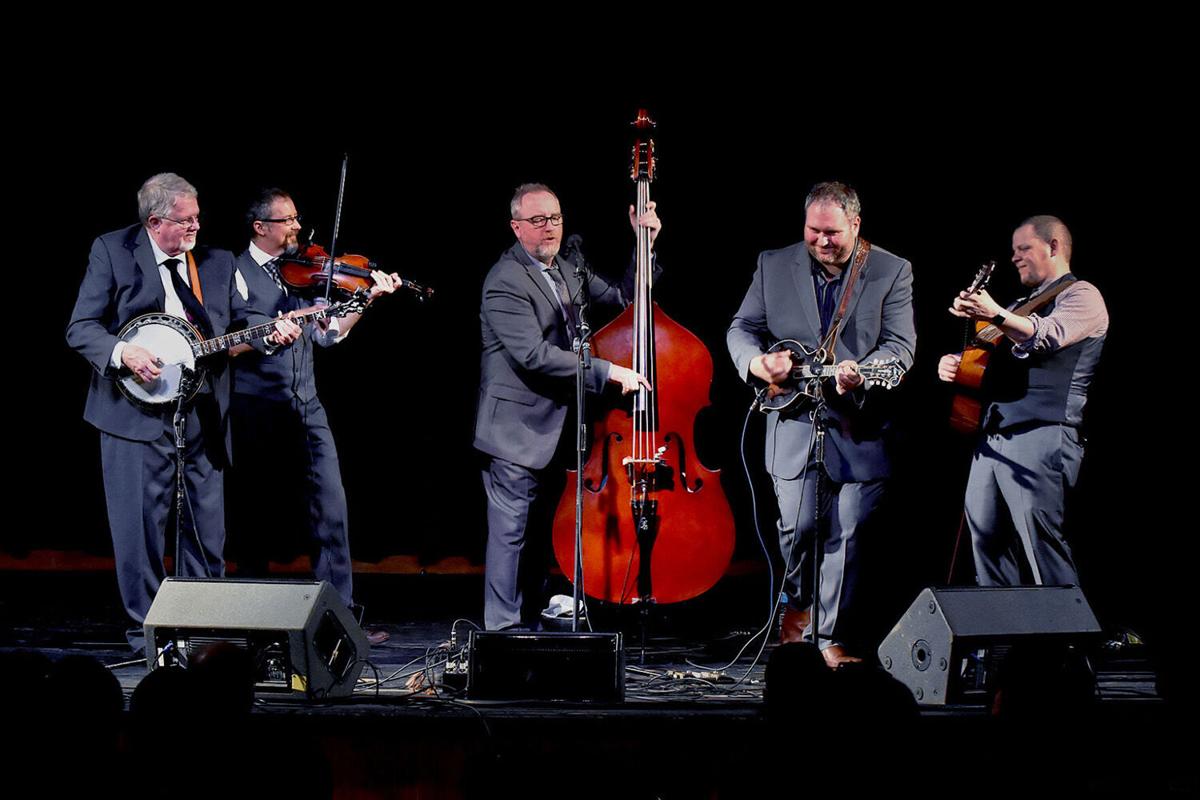 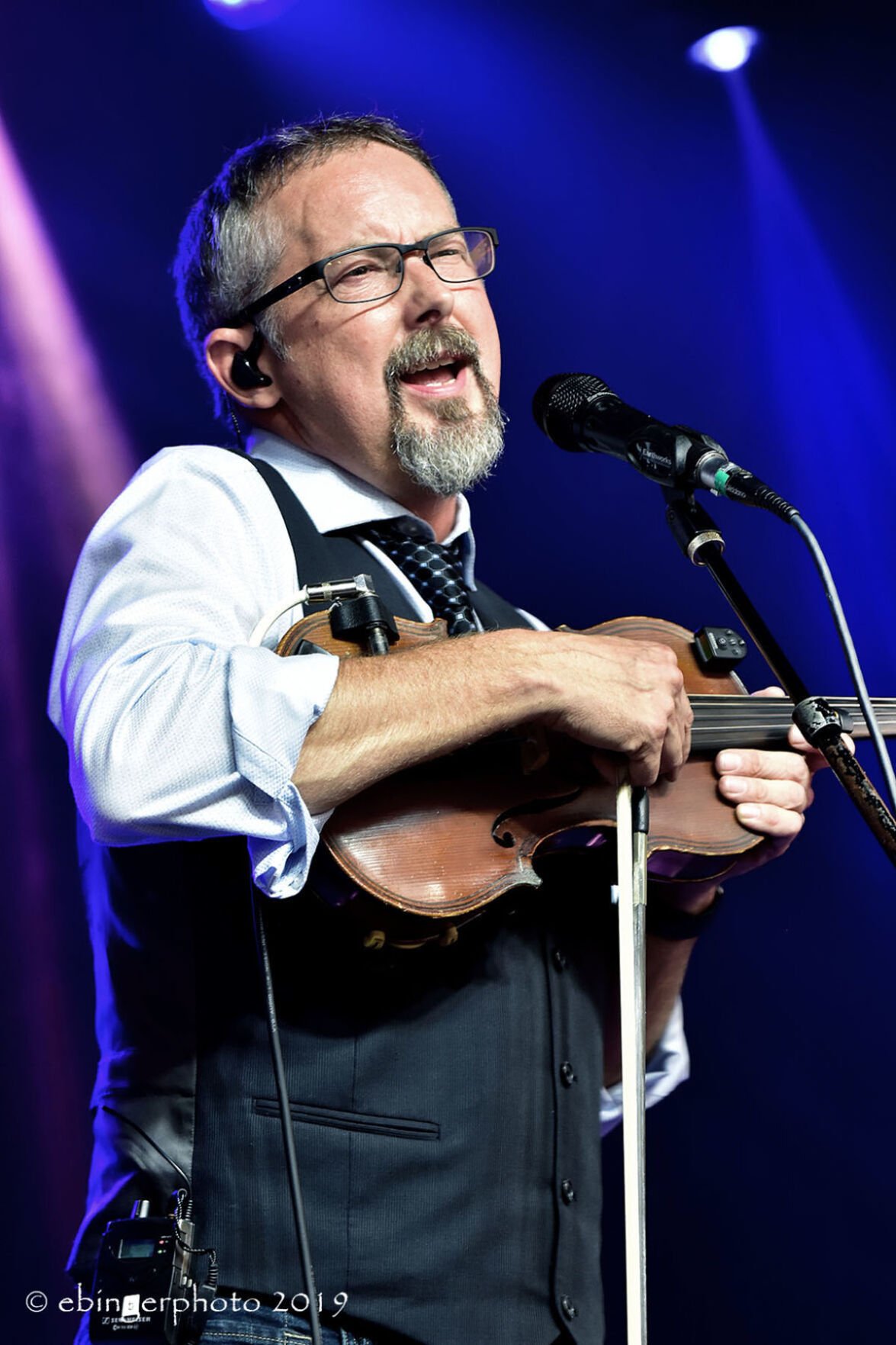 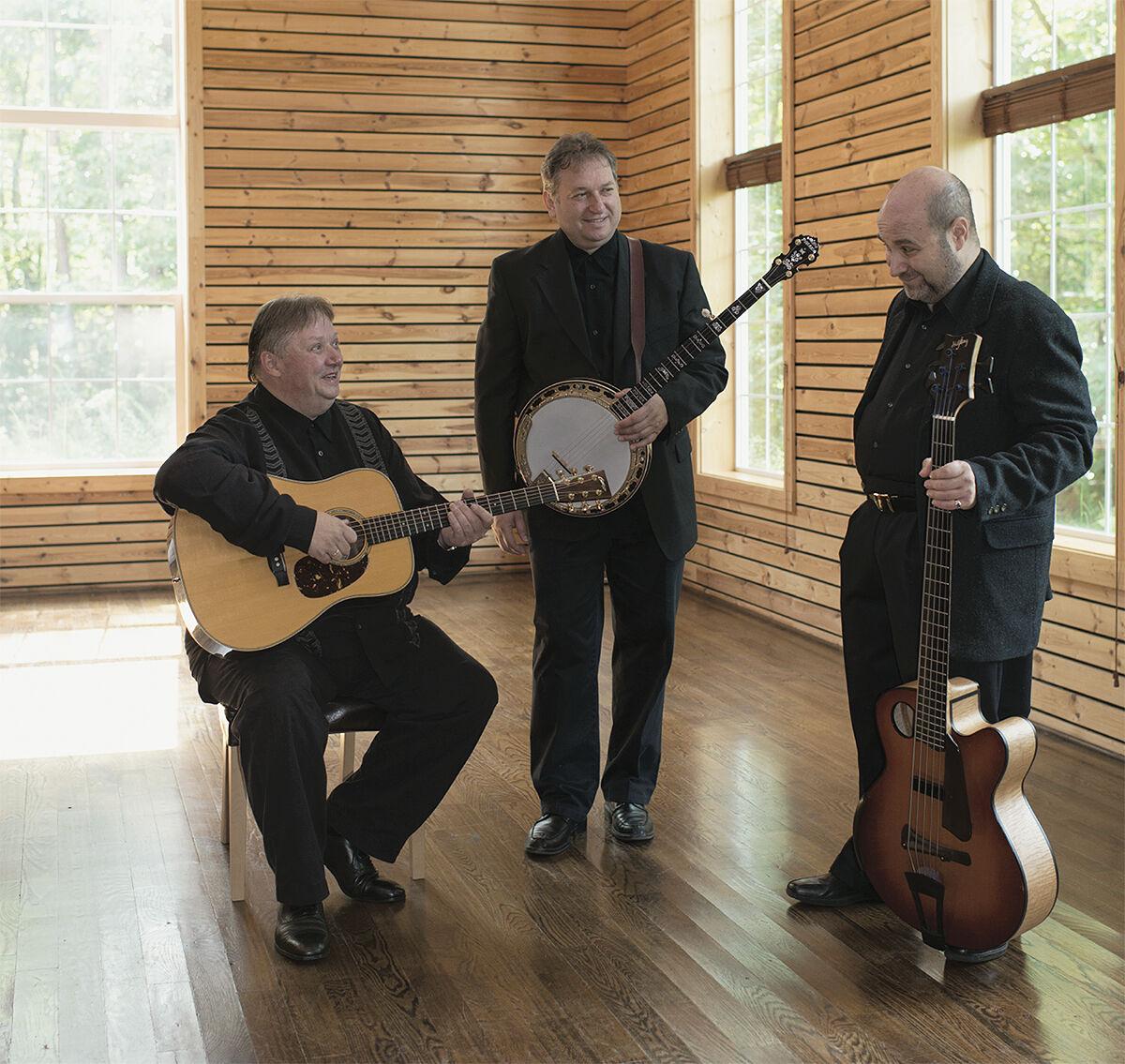 The Kruger Brothers, American folk music legends, will play at the Haywood Arts Council Oct. 23 festival. The group’s well-known song “Carolina in the Fall” celebrates the natural beauty of the area. 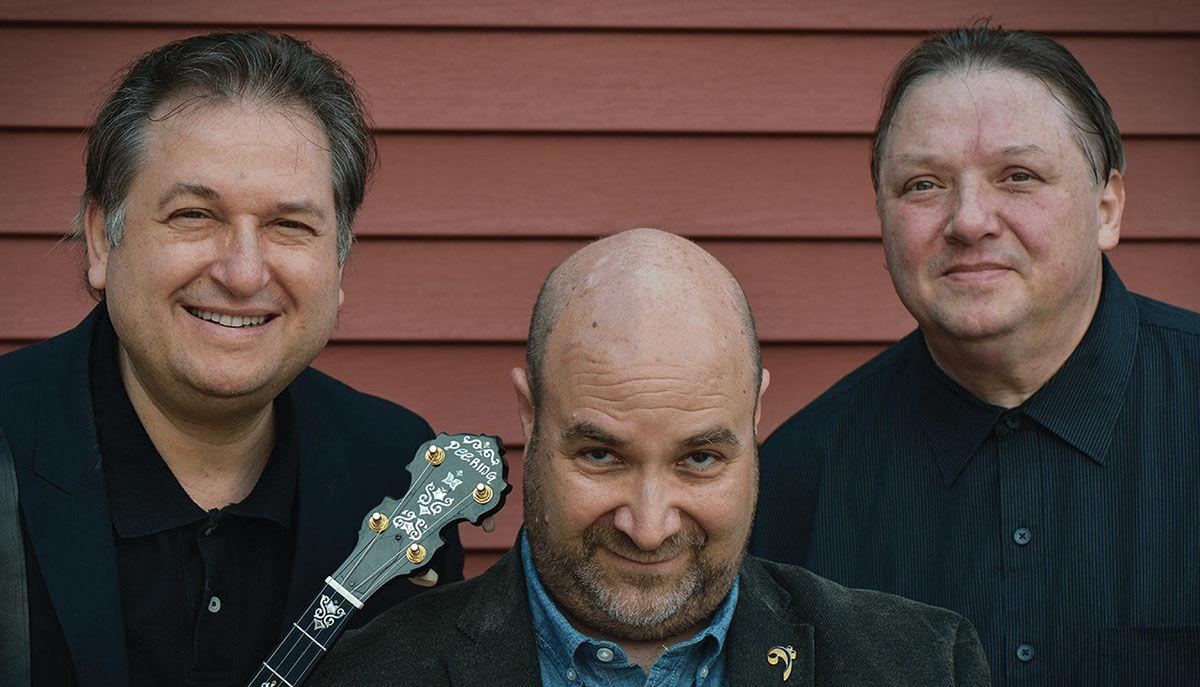 Pictured is the celebrated trio of the Kruger Brothers, (back row) Jens Kruger and Uwe Kruger; in front is Joel Landsberg. 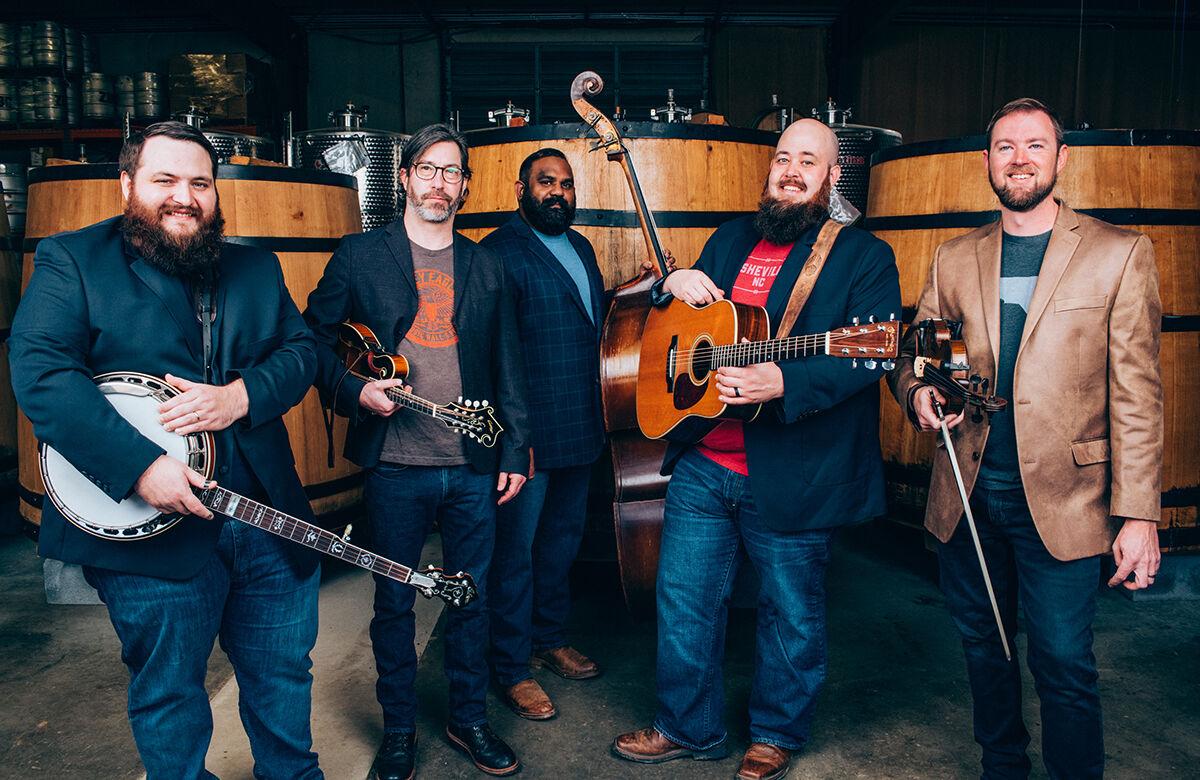 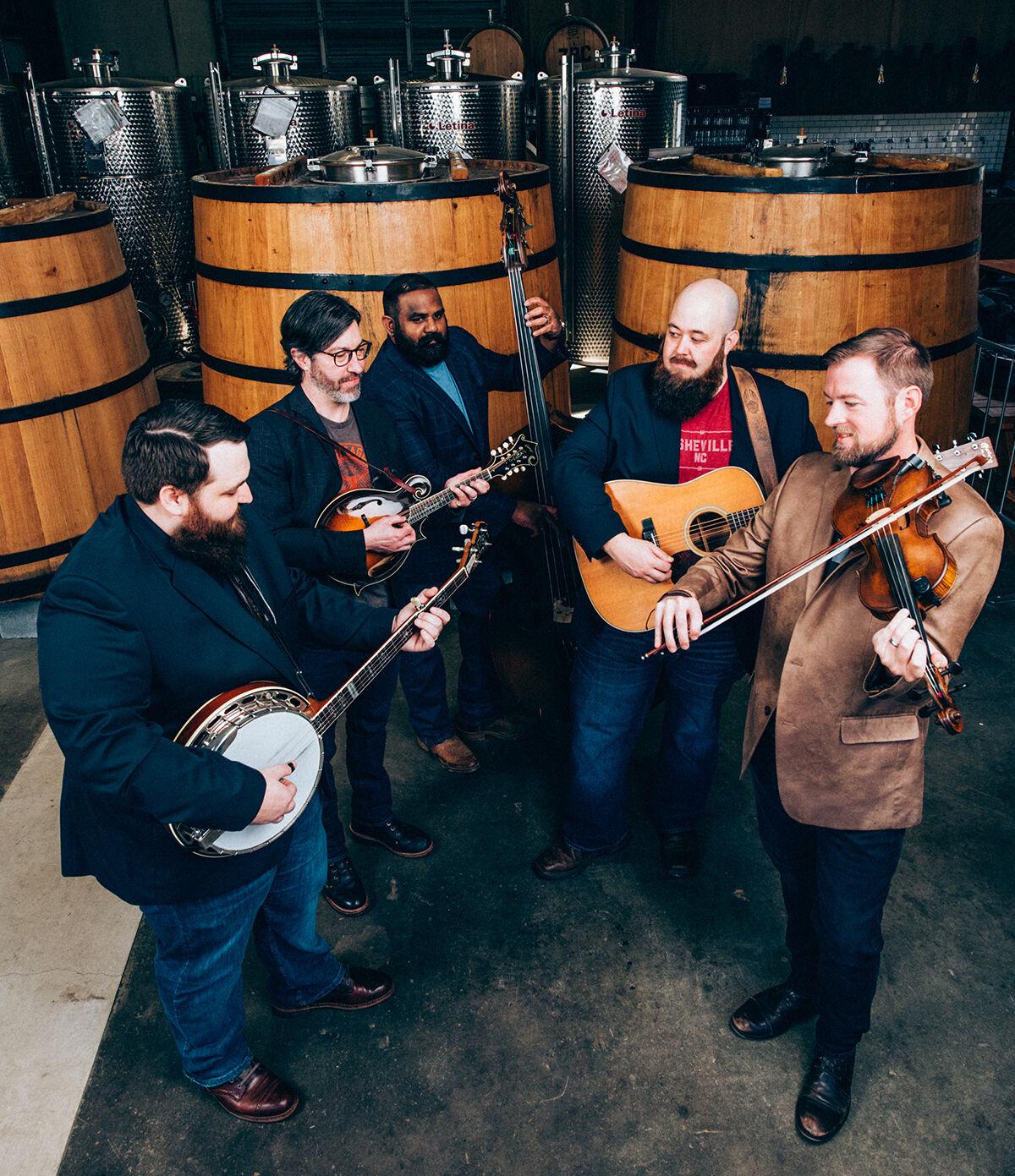 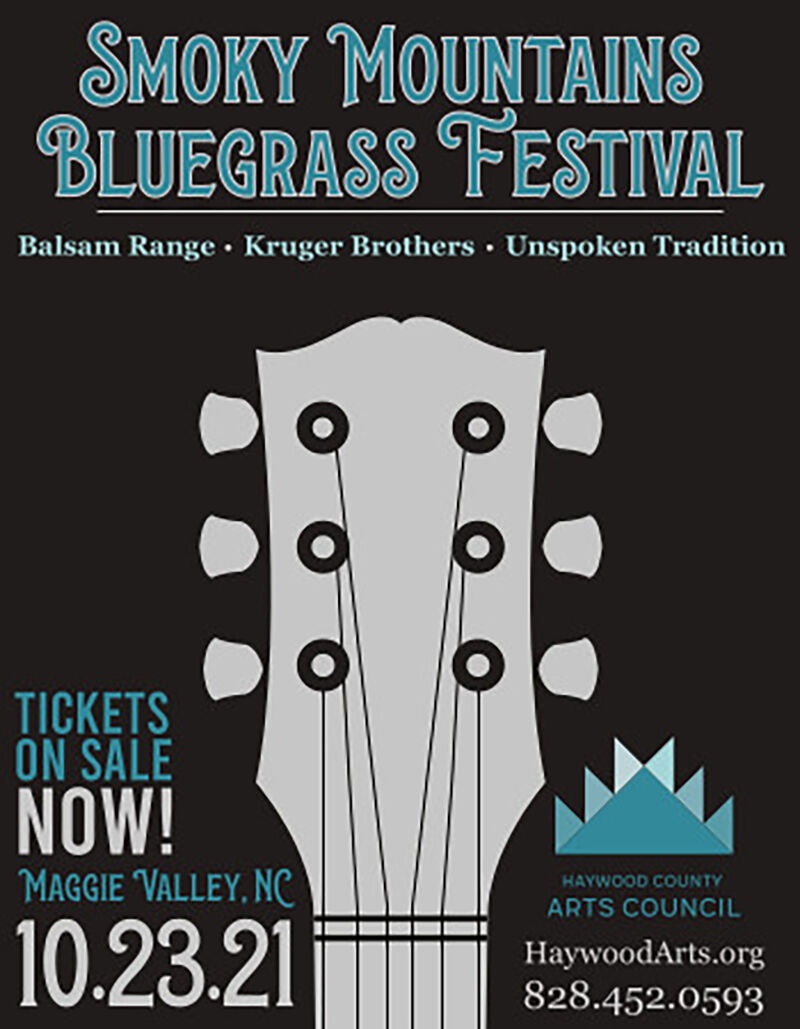 The Oct. 23 Smoky Mountains Bluegrass Festival is a fundraiser for the Haywood County Arts Council and promises great music, food and drink, auctions, lawn games for adults and activities for children. 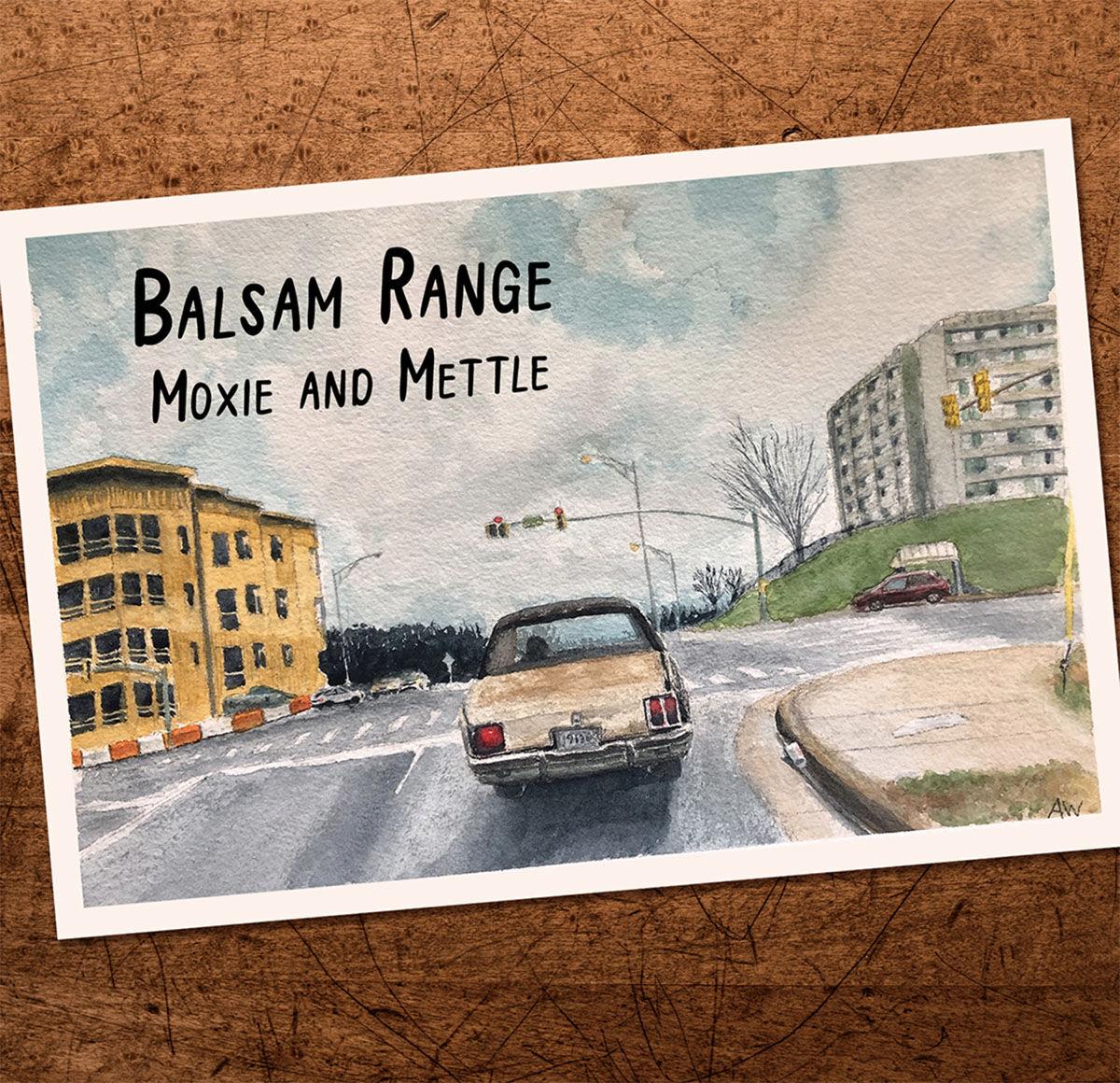 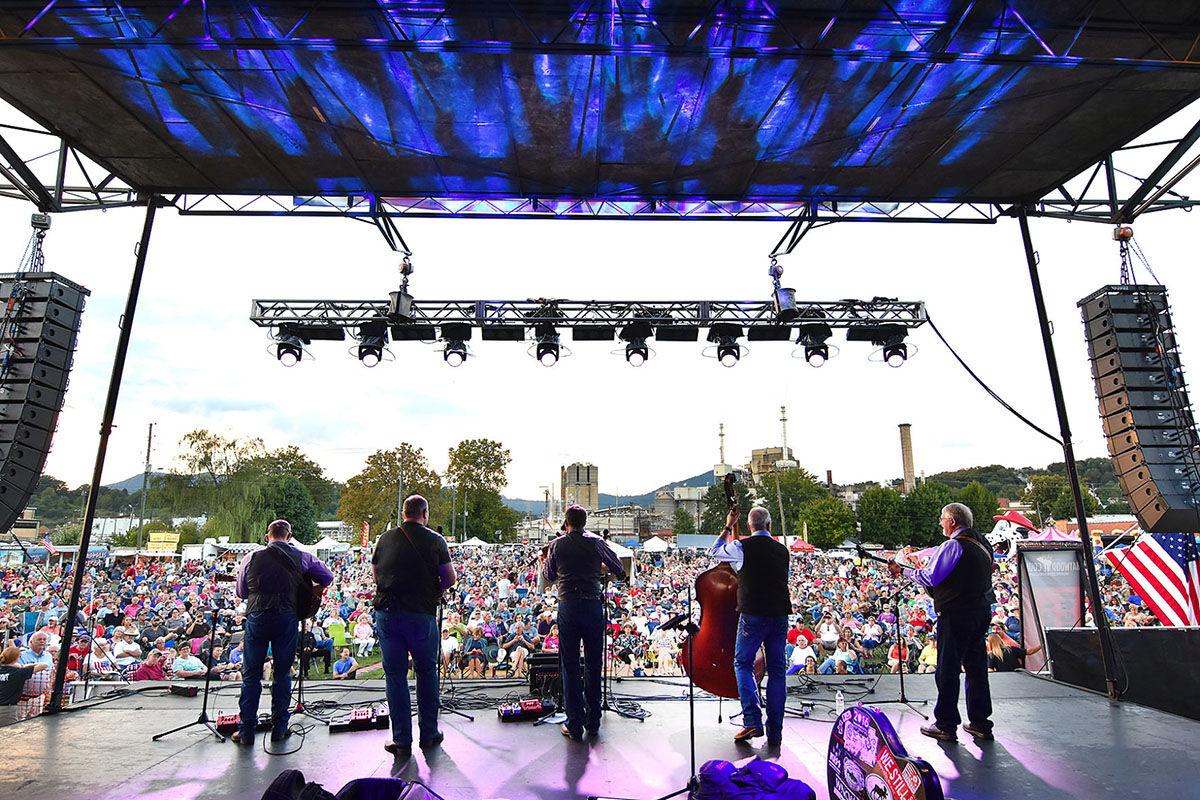 Band members of Balsam Range support the Haywood County community. The band’s Oct. 2 concert in Canton is a benefit for flood relief in Haywood County. Pictured is the band playing to music lovers at Sorrells Street Park in Canton, the site of the flood relief concert.

The Kruger Brothers, American folk music legends, will play at the Haywood Arts Council Oct. 23 festival. The group’s well-known song “Carolina in the Fall” celebrates the natural beauty of the area.

Pictured is the celebrated trio of the Kruger Brothers, (back row) Jens Kruger and Uwe Kruger; in front is Joel Landsberg.

The Oct. 23 Smoky Mountains Bluegrass Festival is a fundraiser for the Haywood County Arts Council and promises great music, food and drink, auctions, lawn games for adults and activities for children.

Band members of Balsam Range support the Haywood County community. The band’s Oct. 2 concert in Canton is a benefit for flood relief in Haywood County. Pictured is the band playing to music lovers at Sorrells Street Park in Canton, the site of the flood relief concert.

The day-long Smoky Mountains Bluegrass Festival, rooted in Appalachian traditions of music and crafts, will be held from 11:30 a.m. to 6:30 p.m. Saturday, Oct. 23, at the Maggie Valley Festival Grounds.

The Smoky Mountains Bluegrass Festival is a fundraiser for the Haywood County Arts Council (HCAC) and promises a blend of music, food and drink, auctions, lawn games for adults and activities for children.

“It’s going to be quite the event,” said Morgan Beryl, HCAC executive director. “Beyond experiencing some of the bluegrass greats, our whole art community is coming together to provide music-themed art for a silent auction, artist demonstrations, a quilt block raffle and craft vendors selling music-themed crafts. This event is really about celebrating the arts in all its forms.”

Headlining the concert will be Balsam Range, Haywood County residents and avid promoters of all things good about Haywood County.

“We’re excited to be a part of the Haywood arts community and we’re looking forward to bringing some good music to the stage in Maggie Valley Oct. 23,” said Buddy Melton, Balsam Range lead vocalist and fiddle player. “People can get music in many ways, but live music and socialization in a concert setting creates energy, as well as entertainment.”

This is an outdoor event; dress casually. Attendees may bring chairs and blankets. Seating will be provided for VIP ticket holders.

Based in Haywood County and proud of it, Balsam Range is one of the most award-winning acts in bluegrass. Awarded twice Entertainer of the Year honors by the International Bluegrass Association, the band presents a wide range of music, including the roots of bluegrass, progressive sounds, jazz, Gospel and even a little Gershwin.

Balsam Range is a big supporter of the arts and area artists.

Balsam Range released a new album this month, “Moxie and Mettle,” containing several songs familiar to listeners, since four were released during the pandemic hiatus of live music and soared to No. 1 on the bluegrass charts.

“Most projects have a common thread,” Melton said. “This album comes from missing traveling and playing live music during the past year.”

The emotional “Grit & Grace,” written by Milan Miller, Beth Husband and Melton’s mother, Ann, speaks of hard times and courage — and the spiritual belief and perseverance it takes to meet challenges.

“‘Grit & Grace’ really captures the struggles of the last year and a half,” Melton said.

“This concert is a long time coming,” Melton said. “Now it’s time to have a stress-free weekend and enjoy some great live music. The arts add so much to the quality of life.”

To add extra happiness to the concert, Melton said banjo player Marc Pruett, who has been sidelined after a broken wrist, may play part of the concert.

“We’ve had great support from other artists while Marc has been out. They’ve covered his banjo parts — but they can’t cover his grin,” Melton said, speaking of Pruett’s uplifting smile.

Based in Wilkesboro, the Kruger Brothers trio is well-known in the American folk music world. The group’s acoustic music performances draw followers, especially to the Carolina in the Fall Festival, hosted by the group. While this year’s festival was cancelled due to the virus, it will be back on in 2022.

Originally from Switzerland, brothers Uwe and Jens Kruger, began playing North American folk music in their youth and were inspired by Doc Watson, Flatt and Scruggs, Bill Monroe and other country, bluegrass and folk music artists.

“The Kruger Brothers are incredible — we admire their musicianship,” said Melton. “We are honored to share the stage with them.”

The group is: Jens Kruger (banjo, vocals); Uwe Kruger (guitar, lead vocals); and Joel Landsberg (bass, vocals). Landsberg, a New York native, joined the trio in 1995. The brothers moved to the U.S. in 2002 and settled in Wilkes County to be near Doc Watson and learn from him.

The Kruger Brothers are songwriters, too, penning the ode to autumnal beauty in WNC in “Carolina in the Fall.” The song is so popular, it has become the group’s signature song:

Is the color of the leaves in Carolina-a in the Fall.” — The Kruger Brothers

Steve Martin, a recognized banjo player himself, described Jens Kruger as “one of the great technicians” of bluegrass, as well as “a very expressive player.”

“The WNC area is steeped in talent and Unspoken Tradition is a good example of talent,” Melton said. “We’ve known them for a long time and we’re proud of them. They have momentum, chart action and a lot of radio airplay and are reaching out beyond WNC.”

Many concert dates are in WNC, but Unspoken Tradition has played in the East and Midwest, from Charleston to Gettysburg, with a sold-out a concert at the famed Station Inn in Nashville.

The band is delighted to be on the lineup for the Oct. 23 concert.

“Balsam Range is the gold standard in bluegrass,” said Ty Gilpin, UT’s mandolin player and vocalist. “Just sharing the stage with them is an honor.”

And that respect goes for the Kruger Brothers, as well.

“The Kruger Brothers are unbelievable musicians,” Gilpin said. “They are one of the favorite groups of everyone in the band. The Kruger Brothers, as artists, have taken music to a whole different level. Our bass player, Sav (Sankaran), says he gets chills just listening to the Kruger Brothers sing ‘Carolina in the Fall.’”

“As an up-and-coming band, we get gratification from seeing our heroes perform and access to watch the people we put on a pedestal,” Gilpin said. “The Haywood County Arts Council has been gracious to include us in this concert.”

Children under 12 are free.

“We would love to see the festival grounds fill up Oct. 23 for people to celebrate the arts and the Haywood Arts Council,” said Melton.

Balsam Range will present “Grit & Grace,” a flood-relief concert from 6 - 9 p.m. Oct. 2 at Sorrells Street Park, 8 Sorrells St. in Canton, to benefit the residents of Haywood County affected by the severe flooding of Tropical Storm Fred.

Opening the concert will be Asheville-based Amanda Anne Platt & the Honeycutters' Americana band.

“The community has come together after the flooding with work boots, shovels and tears,” said Balsam Range lead vocalist Buddy Melton. “Oct. 2 is a time to come together to enjoy some music and support each other.”

The outreach to help flooding victims has been impressive, Melton added.

“Everything for the Oct. 2 concert has been donated — sound, lights, the Honeycutters. People reached out to us and wanted to do something to help," Melton said.

Sorrells Park is located along the Pigeon River in downtown Canton.