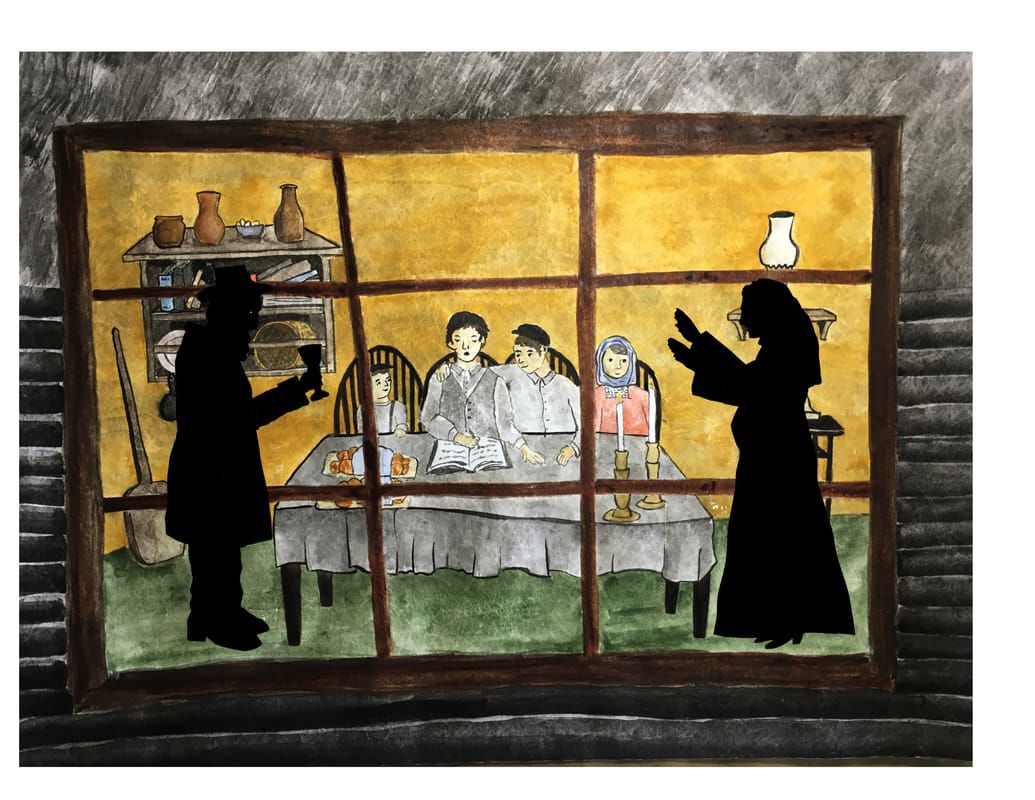 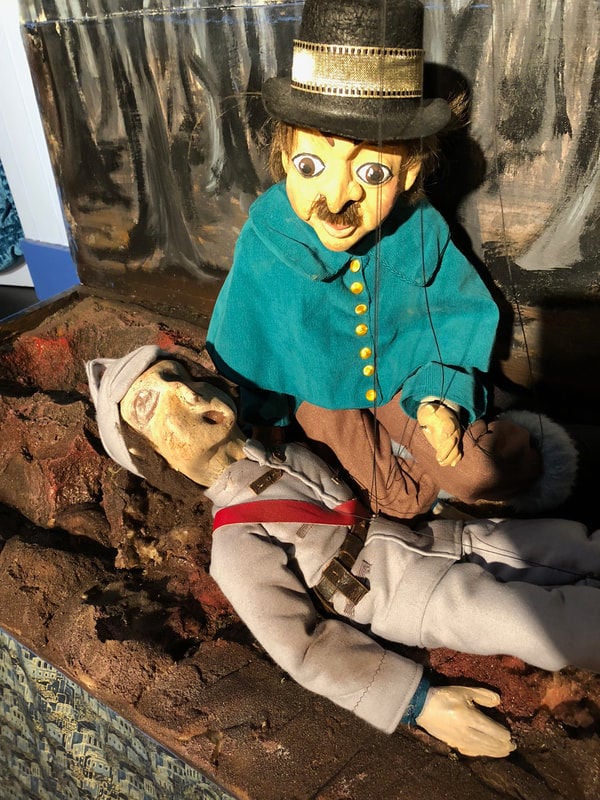 My Grandfather’s Prayers, a multi-media theatrical performance by The Red Herring Puppets based on the life of famed cantor Izso Glickstein (1889-1947), will make its final Asheville appearance at White Horse Black Mountain on Wednesday, Sept. 4 at 7:30 p.m.

A fourth-generation cantor, child prodigy, and operatic tenor, Izso toured Europe with the Hungarian Opera, was Uber- Cantor at Europe’s largest synagogue, recorded for Victor and RCA records, and mentored the young Leonard Bernstein. His story, enacted by his granddaughter, professional puppeteer Lisa Sturz, is one of survival despite the adversity of the Russian pogroms, Hungary’s White Terror, and two World Wars.

“My Grandfather’s Prayers literally reverberated through each of us in the audience, wrote David Jordan Harris, Executive Director, Rimon: The Minnesota Jewish Arts Council. “Cantor Iszo Glickstein’s extraordinary voice--plangent, deeply emotive, and evocative of an eclipsed Eastern European Jewish world--struck a deep chord in everyone who heard it. The visual design and puppets were beautiful and the whole production an act of love. I can’t imagine that anyone, no matter what their own background, wouldn’t be touched by his story—and by yours as well. “

In My Grandfather’s Prayers, Lisa pursues her grandfather’s journey from Shtetl to stardom, following puppet likenesses of the “rock star” Jewish cantor through iconic and sometimes harrowing moments in European and American history. The past comes to life on an intricately designed “crankie,” a hand-cranked moving mural that doubles as a shadow screen. Charming marionette figures, witty oversize props, and scenic transformations keep us leaning in throughout the show, and open our hearts to the human story that accompanies the audio recordings of Izso’s extraordinary and haunting voice. A humorous animation takes us into the present day, where Lisa imagines an encounter with her grandfather’s likeness and deftly connects the digital world back to the shadows of her past.

Lisa herself is a character in the story, and her achingly honest questions about faith and family resonate far beyond her tribe. The entire show is written in verse, and Lisa’s moments of direct address to the audience reveal her power as a performer as well as a puppeteer. The entire show begins wrapped up as a Torah scroll, and her brave declarations give this object sacred power. When she finally unfurls the scroll and transforms it into her stage, the impact is breathtaking, magical, and divine.