You are the owner of this article.
Edit Article Add New Article
News
Arts
Health & Wellness
Living
40 Under Forty
Multimedia
Find Us
e-Edition
1 of 2 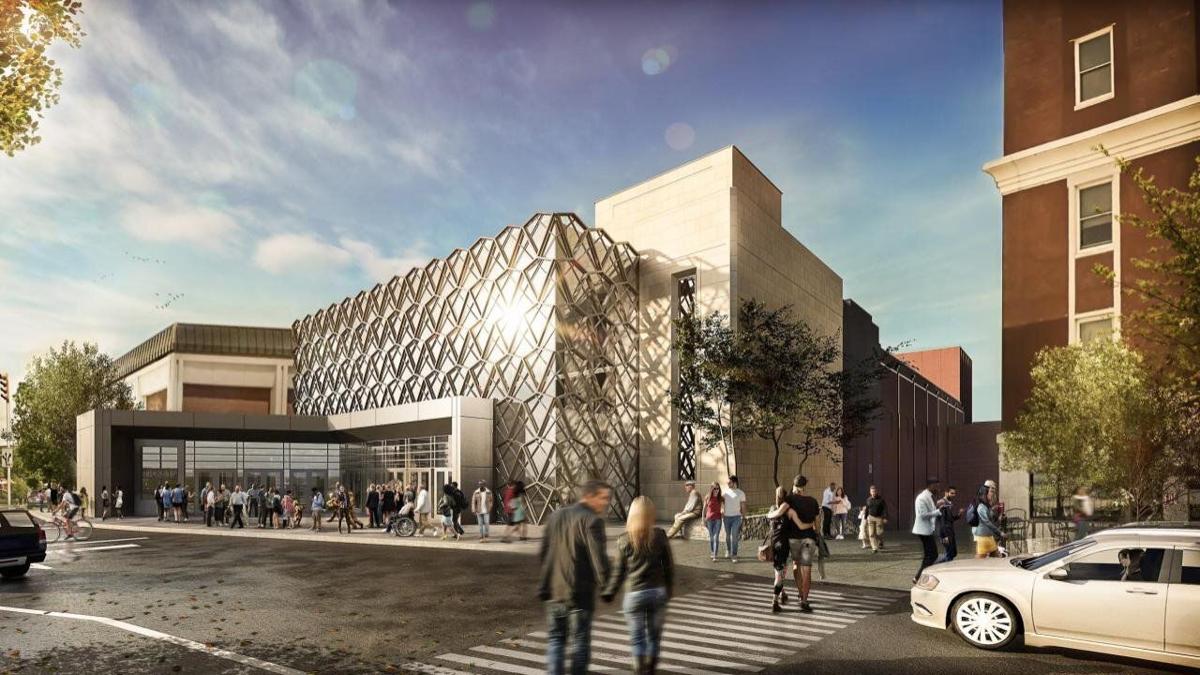 The exterior rendering of the Harrah’s Cherokee Center — Asheville after projected renovations and improvements are made to the Civic Center. 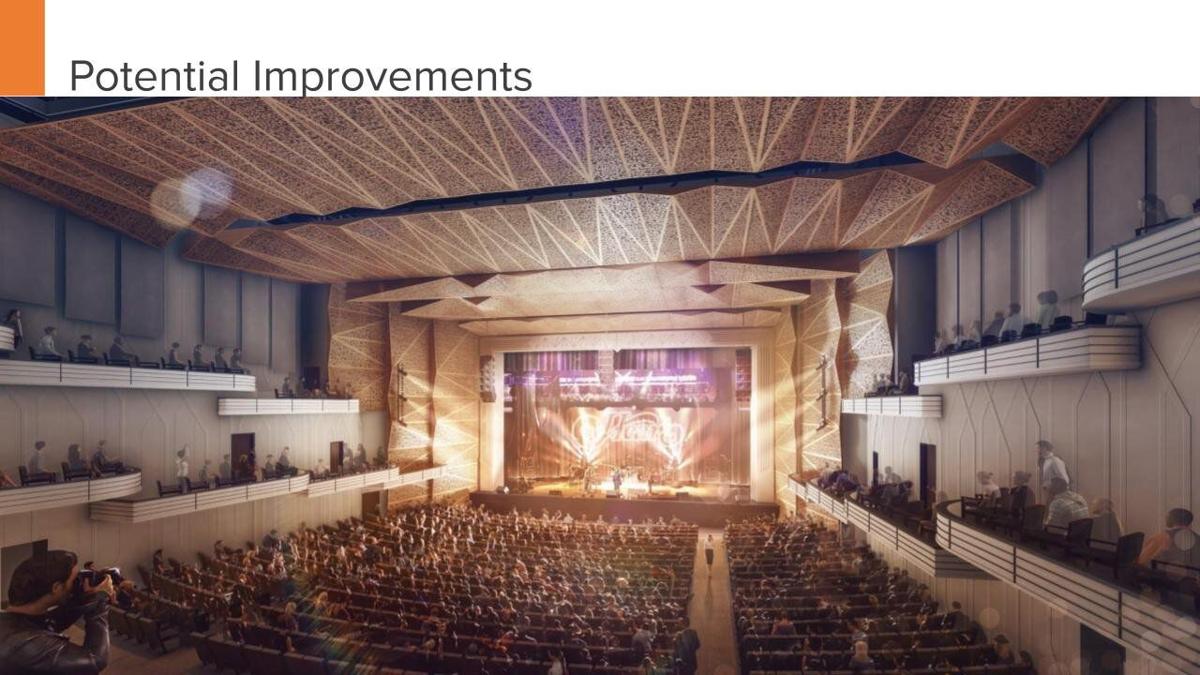 A rendering of what the Thomas Wolfe Auditorium would look like after renovations and upgrades are made, as projected in the organization’s new vision.

The exterior rendering of the Harrah’s Cherokee Center — Asheville after projected renovations and improvements are made to the Civic Center.

A rendering of what the Thomas Wolfe Auditorium would look like after renovations and upgrades are made, as projected in the organization’s new vision.

Some big changes are in the works for the Thomas Wolfe Auditorium, as the facility’s leadership recently unveiled plans for a $100 million renovation at the 80-year-old theater.

The new plans for the facility, which include a top-to-bottom transformation of the performance space, lobby amenities and backstage facilities, were revealed during a public information session on Jan. 15. This major step forward for the theater is the culmination of years of work, already.

“There’s a need here at the facility and a vacancy in programming at the facility,” said Chris Corl, general manager of Harrah’s Cherokee Center — Asheville. “We’ve worked for years trying to create a conceptual design (...) that will help fill that vacancy and address the needs of the current facility.”

The new plans include a dramatic overhaul of the 2,400-seat performance area, which has faced criticism for its subpar acoustic performance and poor load-in access for larger performances. In order to address these issues, Corl said the new design will lower the stage significantly and create a taller, more accessible space.

“In this transformed room, the seat you’re in will be 20 feet below you,” he told the crowd during the public information session. “Our most significant issues are loading and acoustics. There’s a 40-degree ramp, nearly 12 feet long, to get on this stage, and acoustically the room is too wide and too short. So how do we fix both of those? Let’s take the stage down to the trucks, where the street level is.”The new design also brings much needed flexibility for standing room only events, with four rows of removable seating at the front of the venue creating a 200-person general admission space below the line of sight of the remaining viewers.

By increasing the height of the room, Corl said the new plans could accommodate a second balcony, adding more flexibility to the venue’s offerings.

“A seated show at the Orange Peel or the Diana Wortham are roughly around 500 seats. The next step up in Asheville is 2,400 seats here. But we can now create a room that’s roughly 1,200 seats, or 1,700 or 2,100 by closing off the balconies,” Corl said. “So we can create three rooms in one, opening up a greater level of programming that’s not currently financially possible here because a lot of bands don’t want to play to 1,000 seats if they can see 1,000 empties.”

The new design also brings with it a major increase to guest amenities, with three times as many options for food and beverage and a major increase to the number of bathrooms available at the auditorium. The new facility will also be fully ADA compliant, with elevators accessing the new balconies at each level.

Corl said the $100 million price tag, while a major expenditure, is needed in order to make the project worth undertaking in the long run.

“If we’re trying to get to the level of a nationally recognized premiere facility, a significant investment is necessary,” he said.

There are also few viable alternatives to a complete overhaul for the facility. The current facility has undergone $800,000 in stop-gap emergency repairs in the past three years, and those costs are likely to continue rising as the 80-year-old building continues to age.

“We are quickly approaching the day that something has to happen,” said Asheville Mayor Esther Manheimer. “We’re reaching a critical stage, some would say we’ve already reached that critical stage, in terms of what this infrastructure can handle and the need to re-up and make a significant investment in it so that it can continue to contribute to the vitality of this city and to enhance our experience as Ashevillians in our own town.”

A smaller-scale renovation is possible to improve some aesthetic concerns and make minor changes to accessibility for guests and performers, Corl said, but a project like that would come with a significant expense and leave many of the existing issues in place.

“It was purely cosmetic, and estimated at $42 million,” Corl said. “Should we invest $42 million for a minimal improvement to experience and no change to programming?”

Instead, Corl said, the auditorium will opt for the significantly more expensive but equally more impactful changes outlined in the $100 million plan.

There are many avenues that could be pursued to raise funds for the project, and Corl said they will explore many of them in the coming months, but the focus right now is on philanthropic donations and corporate sponsorships. Some of the money needed to get the project underway is already available due to the recent naming rights agreement between Harrah’s Cherokee and the entire Civic Center complex that houses the Thomas Wolfe Auditorium, but that will amount to less than five percent of the funds necessary to complete the transformation.

Despite the long road ahead and the massive financial hurdles that need to be cleared, Corl remains optimistic about the plan and believes the finished auditorium will be a major asset for the city of Asheville for many years to come.

“Asheville is a city with an amazing amount of cultural diversity focused on the arts,” he said. “We need a crown jewel facility that represents our community.”