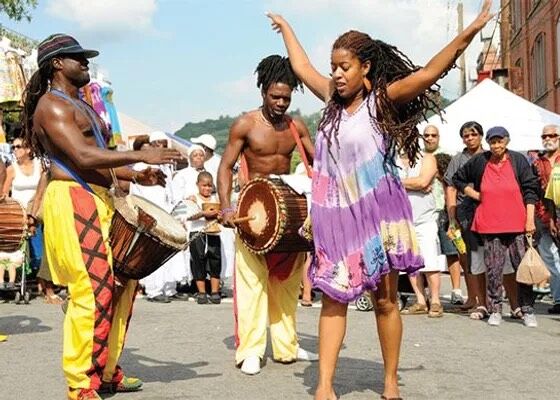 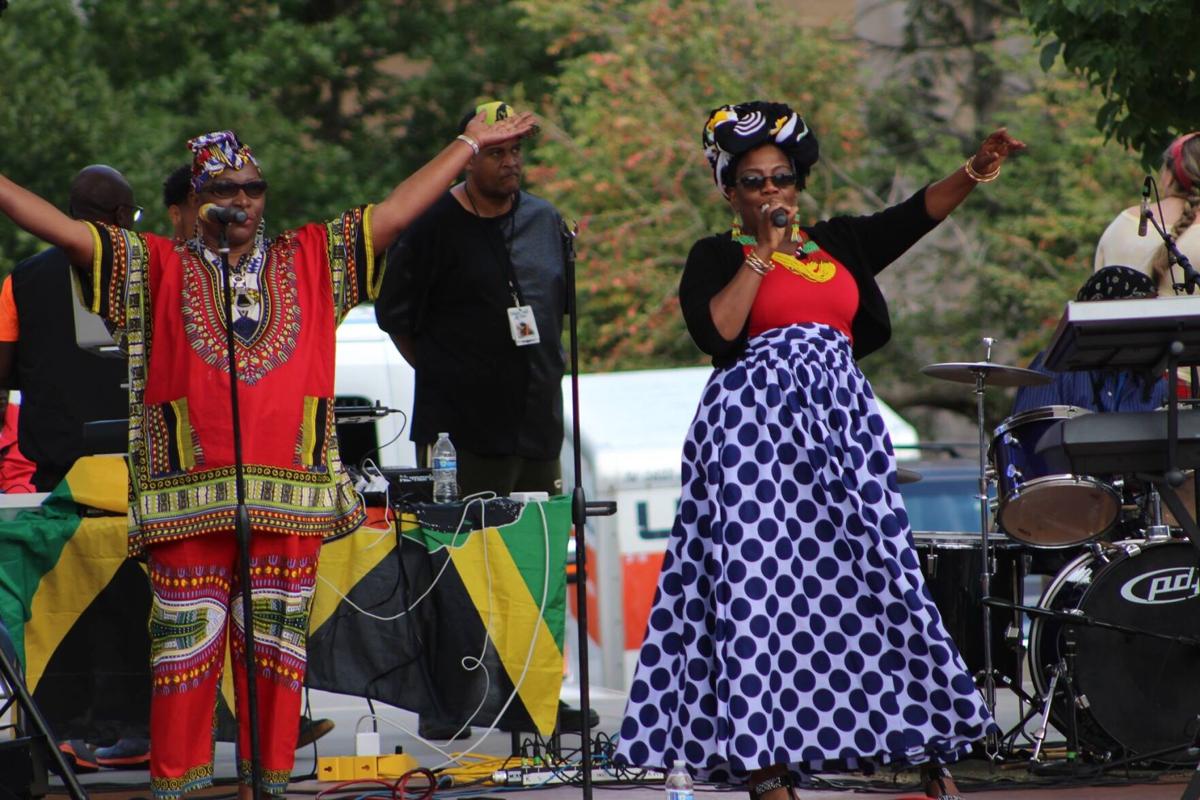 A long list of musical entertainment is scheduled throughout the holiday weekend when the Goombay Festival returns to Pack Square Park in downtown Asheville. The event starts Friday at 5 p.m. and runs through 7 p.m. Sunday. Admission is free. Photos courtesy of YMI Cultural Center. 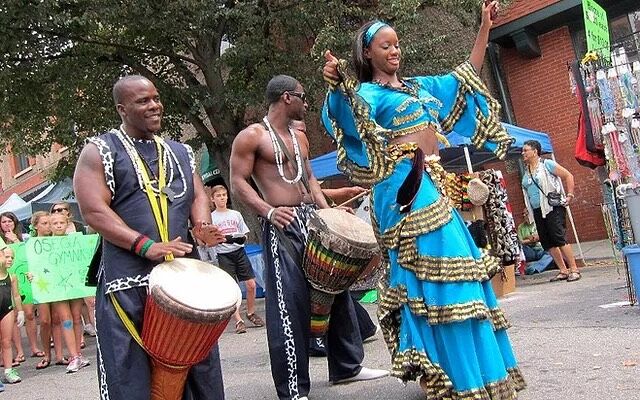 The 40th Annual Goombay Festival will treat visitors to a spectacle of dance, cuisine, and an arts market in downtown Asheville. 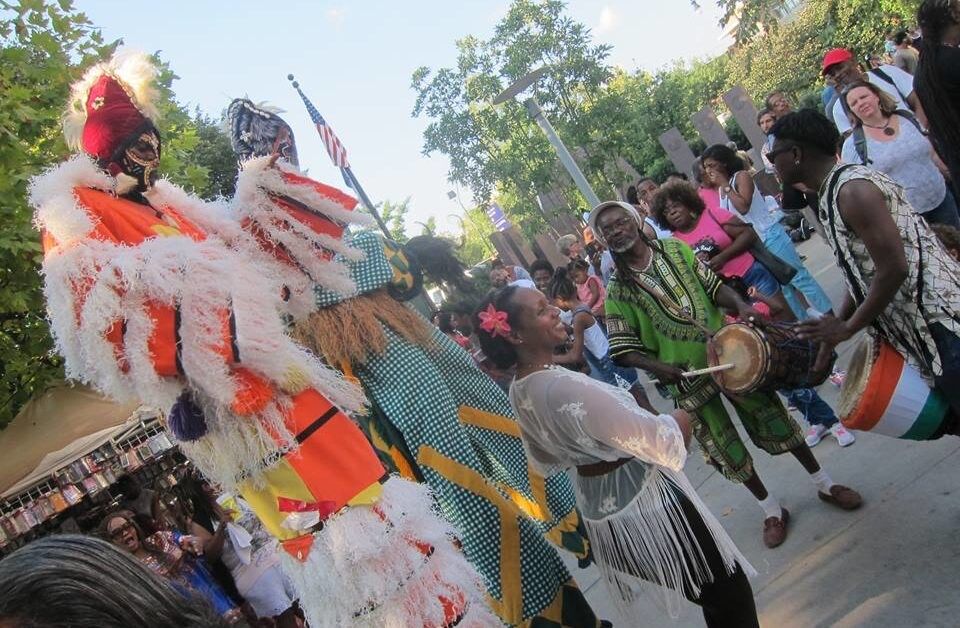 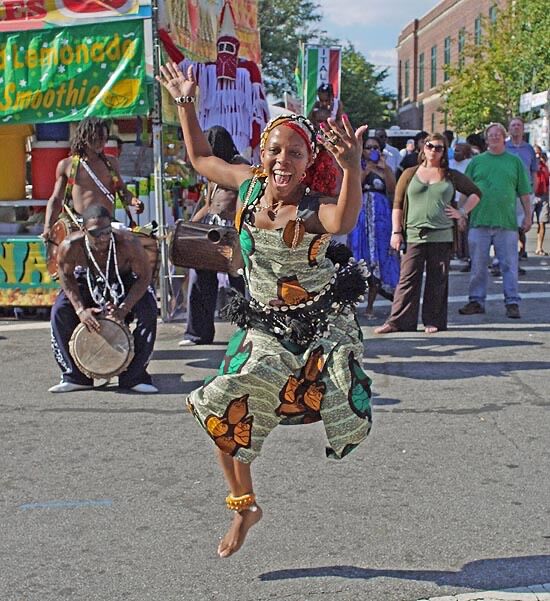 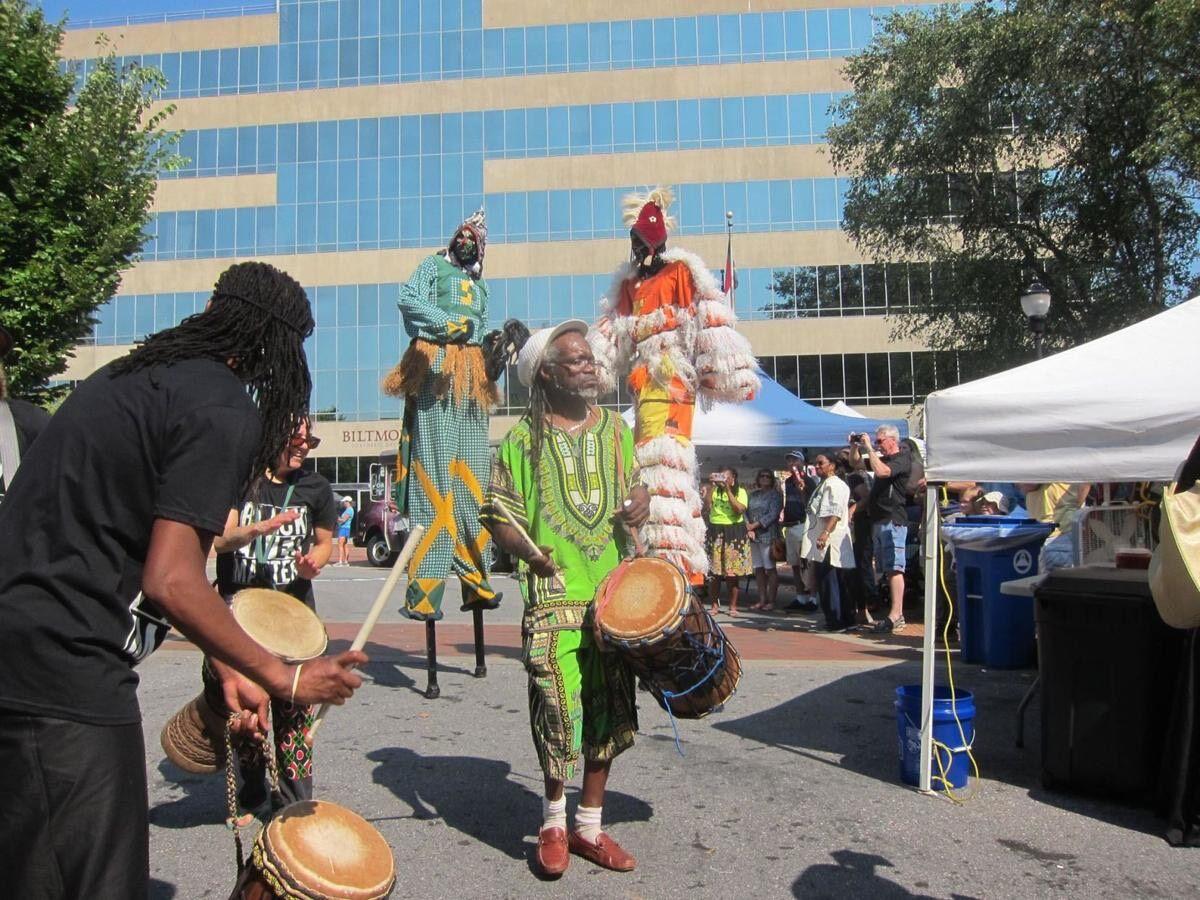 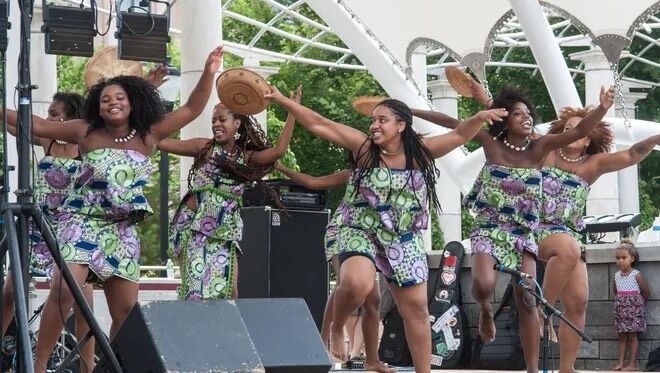 A long list of musical entertainment is scheduled throughout the holiday weekend when the Goombay Festival returns to Pack Square Park in downtown Asheville. The event starts Friday at 5 p.m. and runs through 7 p.m. Sunday. Admission is free. Photos courtesy of YMI Cultural Center.

The 40th Annual Goombay Festival will treat visitors to a spectacle of dance, cuisine, and an arts market in downtown Asheville.

Coming soon to a neighborhood near you — the sights, the sounds, the excitement and, oh yes, the heavenly aroma of African-Caribbean cooking.

The 40th anniversary of the Asheville Goombay Festival is nearly upon us.

Goombay will be held at Pack Square in downtown Asheville, 80 Court Plaza.

The Festival is sponsored by the YMI Cultural Center to celebrate the richness and diversity found in the food, music and art across the African Diaspora. Accordingly, visitors will find an array of African art and clothing for sale from more than 50 vendors on display, along with the opportunity to sample the foods and music of the diaspora.

Continuous entertainment will be provided by a long list of entertainers, including Rap performers DJ Worldwide, DJ Chubb Rock and Pastor Troy of the hardcore rap group D.S.G.B. In addition, the all-female, R&B duo Changing Faces and R&B singer Shirley Murdock are scheduled to perform. In addition, the Asheville Mass Community Choir and many local artists will lend their voices to the weekend event.

The YMI Cultural Center, located at 39 S. Market St., is one of the oldest, most unique Black cultural centers in the United States. It is a local landmark within the City of Asheville and is on the National Register of Historic Places.

The Center opened its doors in 1893 with a unique connection to Biltmore Estate.

In 1892, YMI co-founder Dr. Edward Stephens, who was principal of Asheville’s first public school for African American students, approached George Vanderbilt, the founder of Biltmore Estate, to provide funding to establish an institution for Black construction workers employed at the Biltmore Estate for the express purpose of improving the moral fiber of the Black male through education focusing on social, cultural, business and religious life. Vanderbilt loaned the institute $32,000 to build an 18,000-square-foot building designed by Biltmore architect Richard Sharp Smith.

As stated on the YMI website, “In 1980, a coalition of nine Black churches, with the support of both the Black and white communities, bought the YMI. The building was restored and re-established as the YMI Cultural Center.”

Since then, the YMI Cultural Center has developed a variety of cultural programs and exhibitions of art and artifacts from Asheville to Africa, preserving the heritage of African Americans in Buncombe County.

The YMI Cultural Center has five core components: community programming, community forums, an annual cultural festival, cultural exhibitions and programs to promote economic literacy. As such, the hosting of the Goombay Festival is one of its core components.

The 40th Annual Goombay Festival is free and open to the public. The event will be held at Pack Square.

Goombay Fesitval sponsor YMI Cultural Center, will host A Night on the Block fundraising dinner on Friday, Sept. 3, from 6 to 9 p.m.

Tickets to the event are $40 and available for purchase at ymiculturalcenter.org.

The event will take place inside the YMI Ray Auditorium, 20-44 Eagle St.

All proceeds from A Night on the Block will benefit YMI's mission -- building preservation, programs and sustainability.