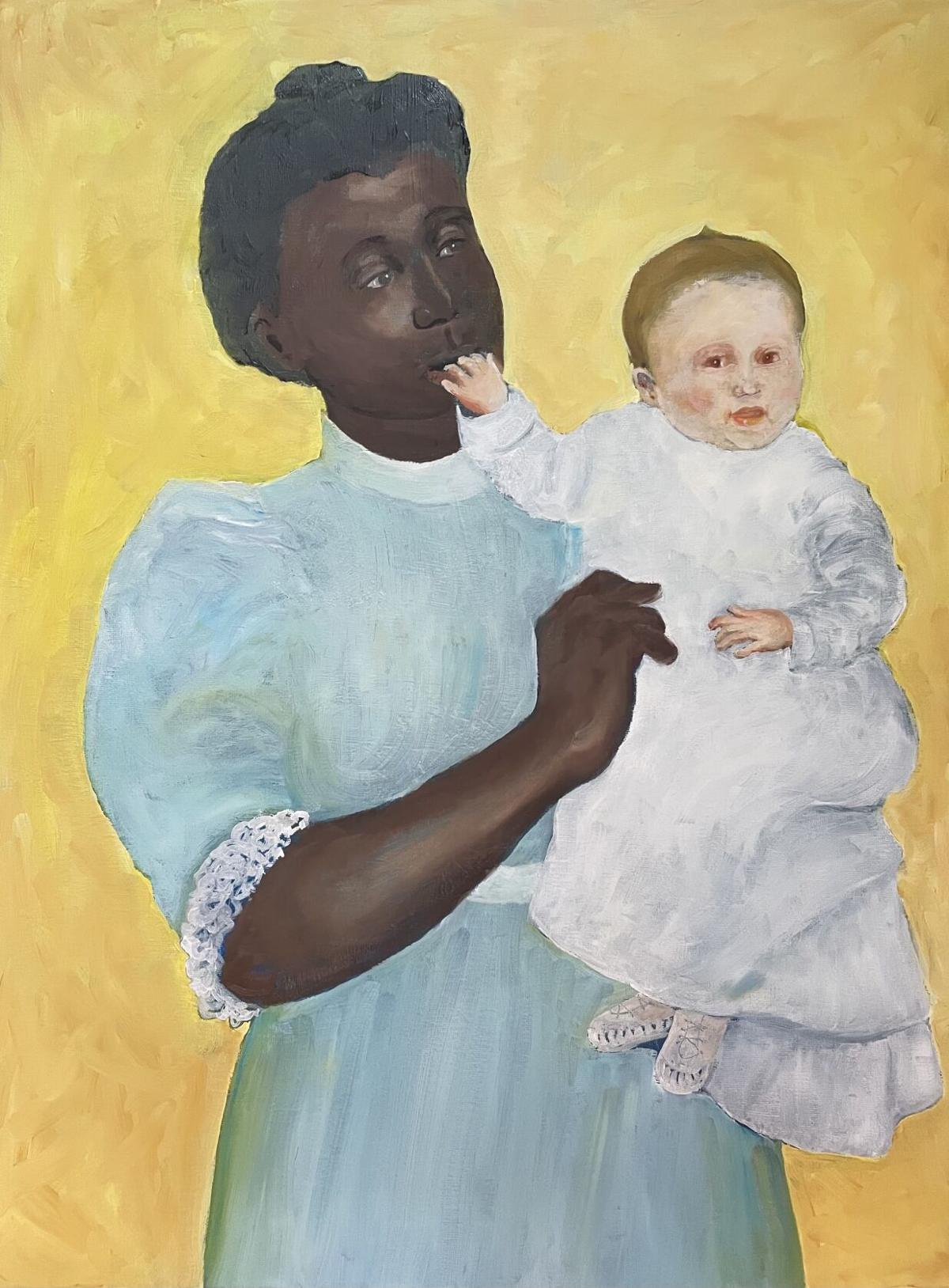 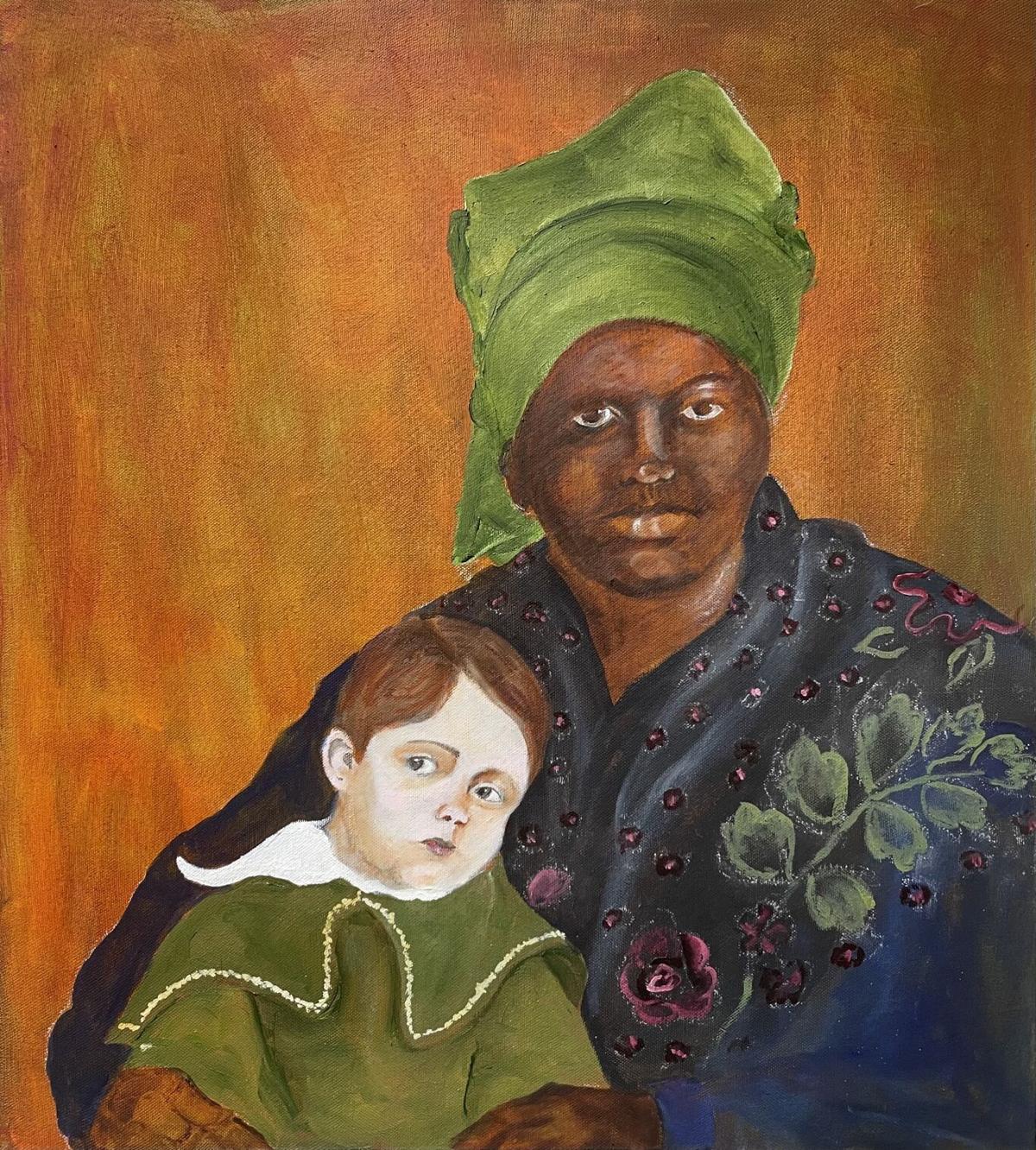 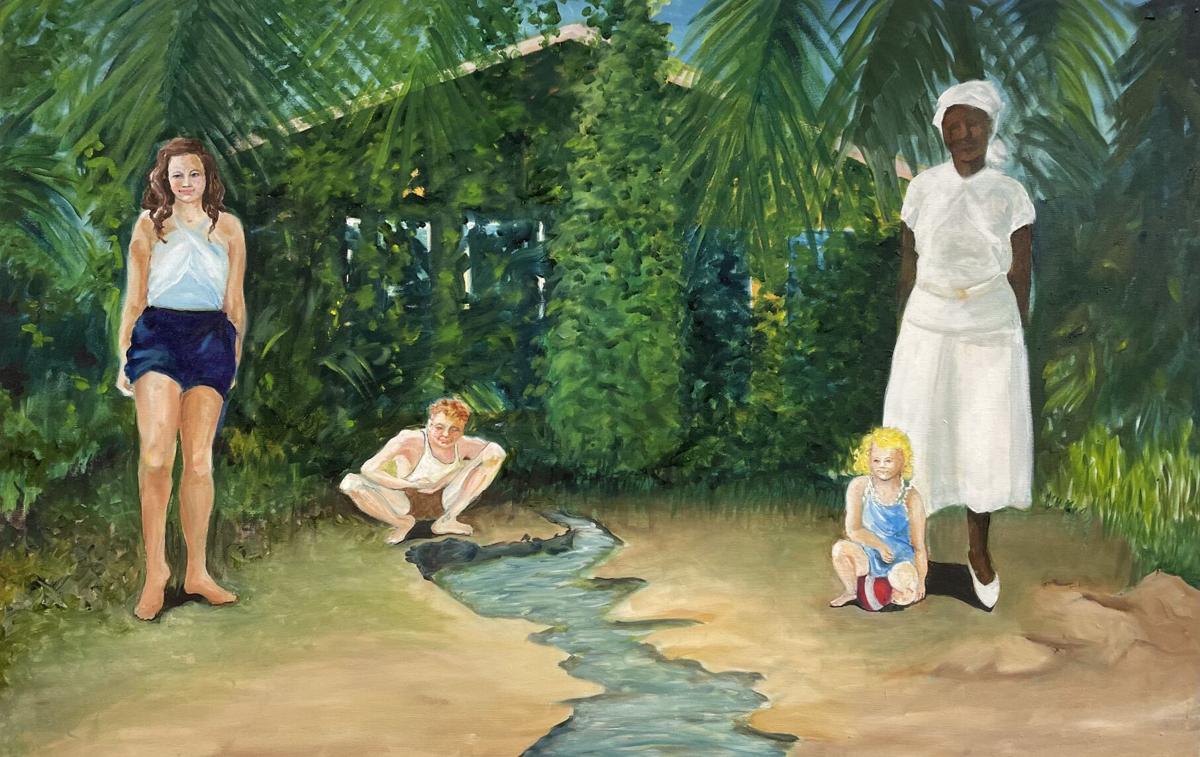 “Untitled” by Connie Bostic is on display at Pink Dog Gallery in the River Arts District.

“Untitled” by Connie Bostic is on display at Pink Dog Gallery in the River Arts District.

“Our Story” by artist Connie Bostic continues its run through Oct. 17 at Pink Dog Gallery, 348 Depot St., in the River Arts District.

The exhibition explores childhood memories of the artist, along with other white children who were raised by Black women employed as household staff in Southern homes during the 1930s, ‘40s and ‘50s.

While Bostic confides that the practice was quite common at the time, she explains that her investment in the series proffered an opportunity soul search.

“Earlier in our history women were ripped from their African homeland to nurse and raise the babies of white women,” writes Bostic in her artist’s statement. “Gradually through the years the ‘Mammy’ became a symbol of the loyal, happy slave. Her persona was that of a middle aged, dark complexioned, overweight, and contented woman who loved her young charges to distraction. The fact that her own children were left without their mother so she could ensure the comfort and security of white children was ignored.”

In her recollection of these experiences, Bostic confides that the exhibition was inspired by photos from her family and others of similar images.

“This current body of work was sparked by a snapshot of my sister and me flanking an African American woman standing in front of my grandmother’s wisteria tree,” writes Bostic. “I don’t remember the woman’s name but I do remember being awe-struck by the angle of the pockets on her dress. Along with this photo, there was one of a young boy hired during canning season to keep us entertained and from under foot. He pushes us in our red wagon.”

As her work on the exhibition progressed, Bostic found others willing to share their personal photos. Soon, however, she started to wonder if her paintings overreached into unpopular memories.

“Did I have any right to depict these women?,” Bostic asked herself. “Was this cultural appropriation? Then I realized that these stories were also the stories of the children raised by these women. It was our story, too.”

The artist’s statement that accompanies the exhibit goes on to describe: “One young woman remembered her relationship with Kermit Holland who had cared for her since birth. When she was 9 years old, Kermit died. Her father took her to Kermit’s funeral and then to the cemetery where she became uncontrollably hysterical. She was in such a state that when the other mourners left her father paid the grave diggers to lift the coffin from the grave and open the lid. ‘There she was,’ the woman said, ‘the only one who loved me.’

“The stories are as varied as those telling them, but there is no doubt that these women played an important part in the social fabric of America. They deserve recognition,” Bostic said.”