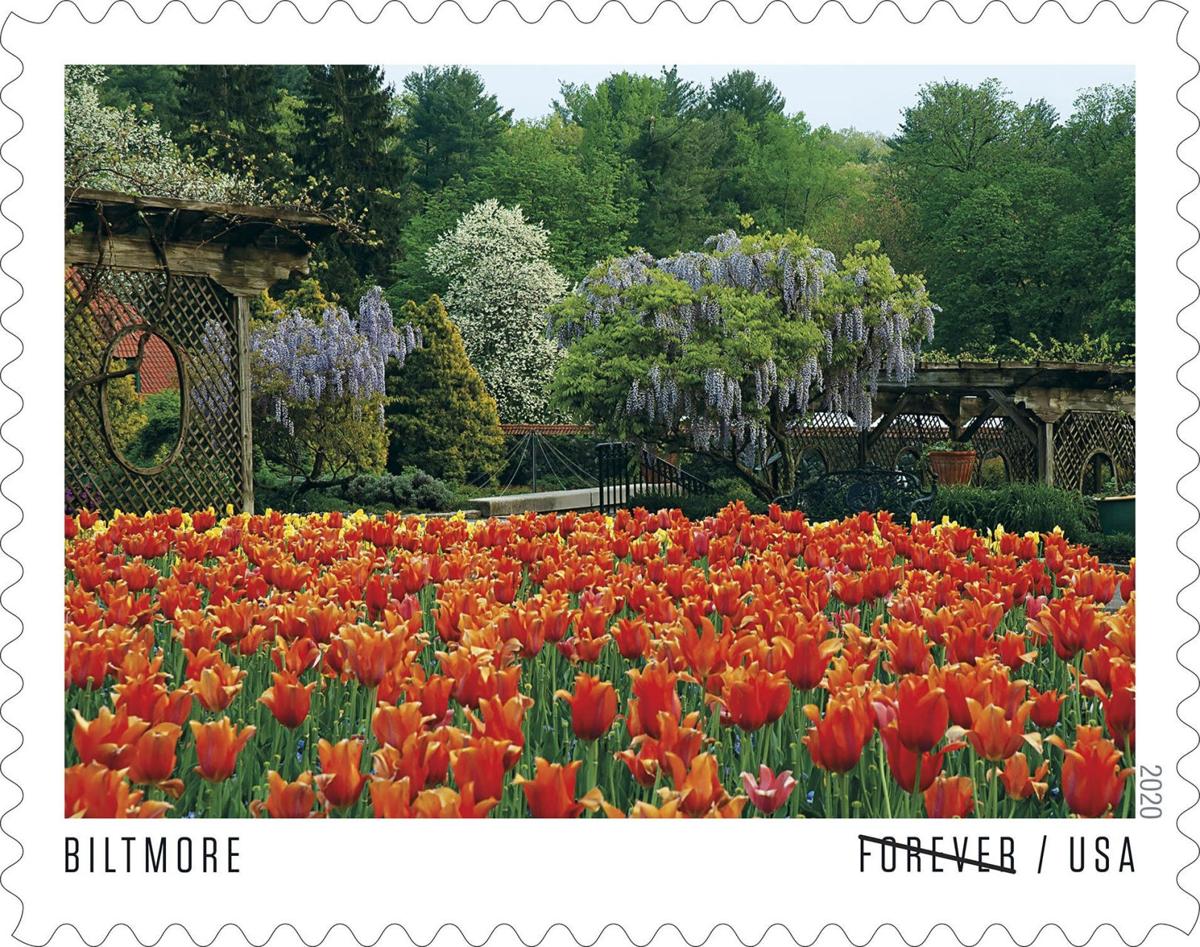 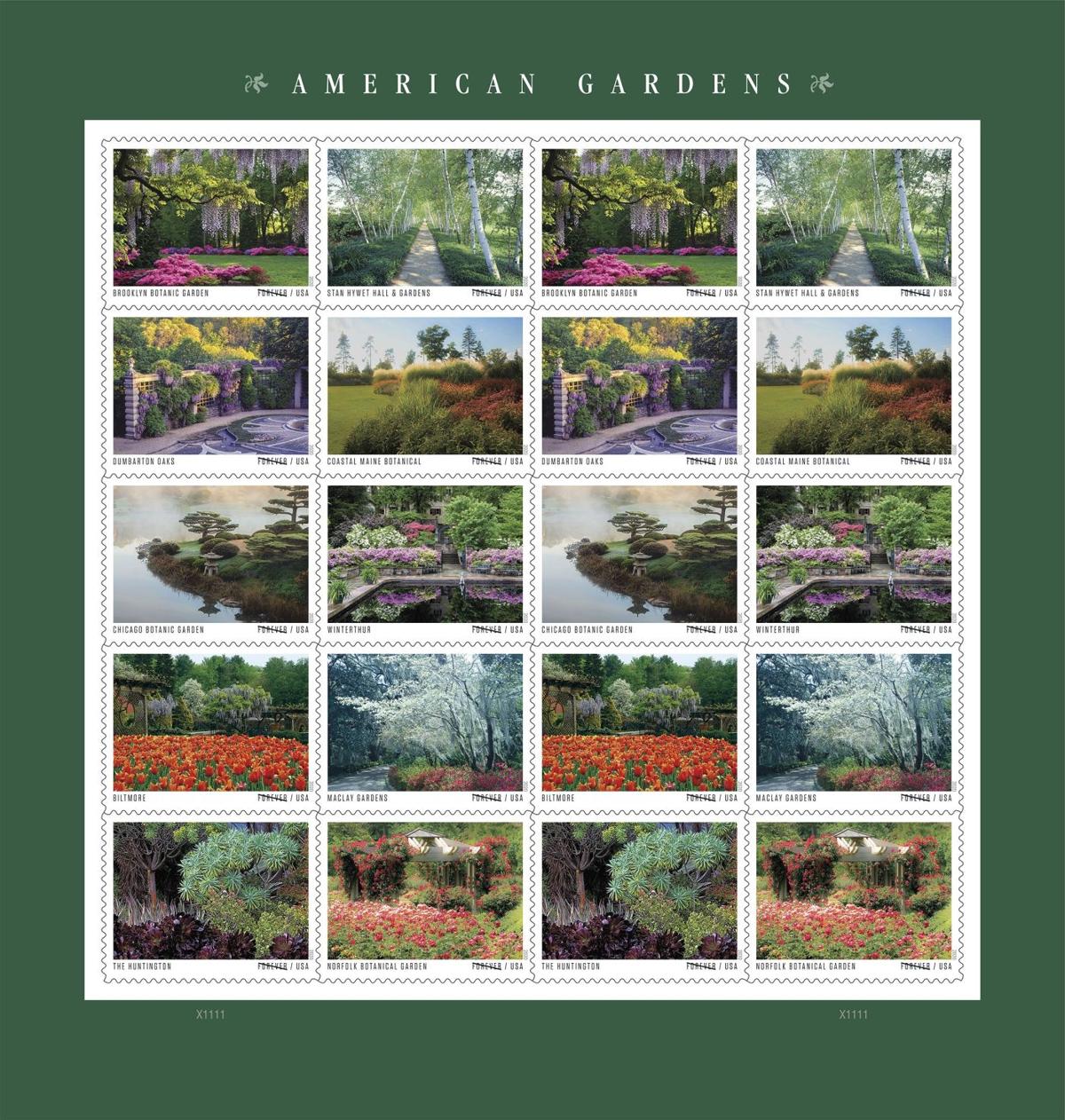 Each stamp in the series represents a garden significant to American history. Biltmore is commemorated by a scene of wisteria and tulips in its Walled Garden designed by Frederick Law Olmsted, known as the father of American landscape architecture with premiere projects including Central Park in New York City and the grounds of California’s Stanford University.

Biltmore was founded by George W. Vanderbilt as a working estate with areas carefully designed to be a place of beauty where impressive gardens would showcase nature’s glory. Olmsted combined woodlands, fields and gardens in his design for Biltmore, which blended European design with his signature naturalistic style. Biltmore was Olmsted’s last work and is considered his masterpiece.

Biltmore’s horticulture team interprets the estate’s garden history through their work in carrying out Olmsted’s century-old landscape design intentions. Archival resources are used to preserve the landscape style while remaining true to Olmsted’s vision and include early plans, original plant lists, letters of correspondence, weekly reports written during the construction of the estate, and information about Olmsted’s design philosophies.

“Biltmore is extraordinarily honored to be chosen for this collection by the Postal Service. I think that my great-grandfather George Vanderbilt would be proud to see Olmsted’s work preserved and recognized nationally in this way. There have been many who have cared for our gardens for over a century and we love sharing the estate with our guests,” said Biltmore President & CEO Bill Cecil.

The stamps were designed from photographs by Allen Rokach, a former Southern Living photographer who visited Biltmore several times on assignment for the magazine. Art director Ethel Kessler designed the stamps.

The “American Gardens” stamps can be purchased at the USPS Postal Store online.

Biltmore has been featured in two past issuances of USPS stamps: the “American Architecture” series issued Aug. 28, 1981 featuring Biltmore House and Richard Morris Hunt within its collection of enduring examples of American architecture and the architects who designed them, and the “Frederick Law Olmsted” commemorative stamp issued Sept. 12, 1999.